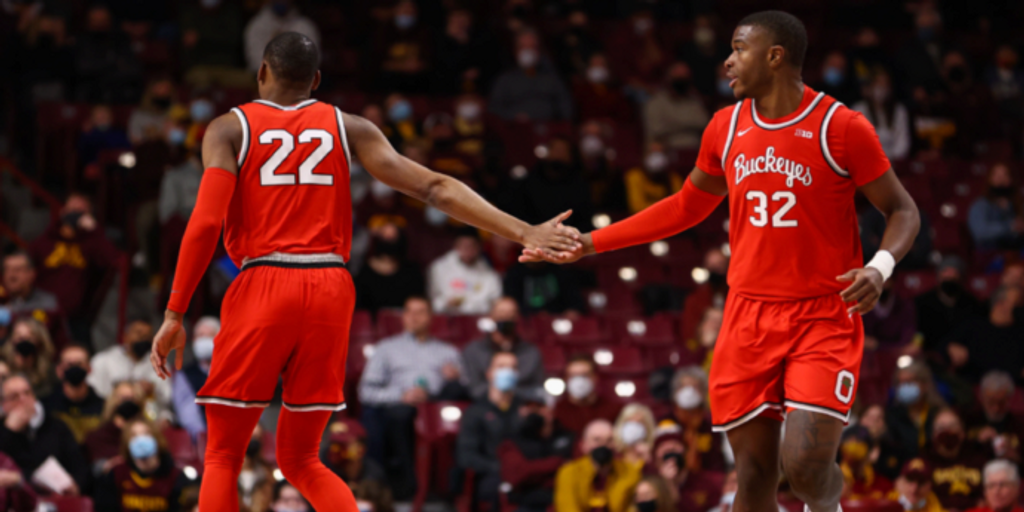 Minneapolis, MN  —  The Ohio State Buckeyes (13-4, 6-2 Big Ten) have had some impressive wins this season against Wisconsin, Seton Hall, and Duke, but the start of conference play has been up and down. They got back on track Thursday with a 75-64 win against the Minnesota Golden Gophers (11-6, 6-4 Big Ten). It was Chris Holtmann’s 100th win at Ohio State.

The first half was close all the way through as the teams changed leads multiple times, with Ohio State  heading to the locker room up 32-30. Malaki Branham led the way with 11 points and E.J. Liddell followed up with 9 points and 9 rebounds. Senior guard Payton Willis led the Gophers with 8 points on 3 of 5 shooting.

Kyle Young started the second half out on a tear, as the Buckeyes extended their lead to 48-37. Sophomore forward Zed Key got it going on the interior as well, which helped stretch the lead to 66-53. Ohio State never looked back and cruised to the victory.

A potential 2022 NBA Draft pick, Liddell leads the Buckeyes in both points (19.4) and rebounds (7.3). He led all players in scoring with 23 points, 15 rebounds, and 5 assists, and also scored his 1000th career point. Young had an efficient night on the inside with 14 points and 4 rebounds.

After a 10-1 start, the Golden Gophers seem to have hit a wall, losing four straight to start the year before getting a 68-65 win against Rutgers prior to this game. 6-foot-7 sophomore Jamison Battle has had a tremendous year, averaging 18 points per game. He had a rough night shooting at 5 of 18 from the floor, but led the team with 15 points.

The Buckeyes are currently No. 4 in the conference standings and are currently projected to be a No. 5 seed in the NCAA Tournament.

Minnesota will travel to No. 11 Wisconsin on Saturday afternoon.

Ohio State travels to No. 6 Purdue on Saturday.