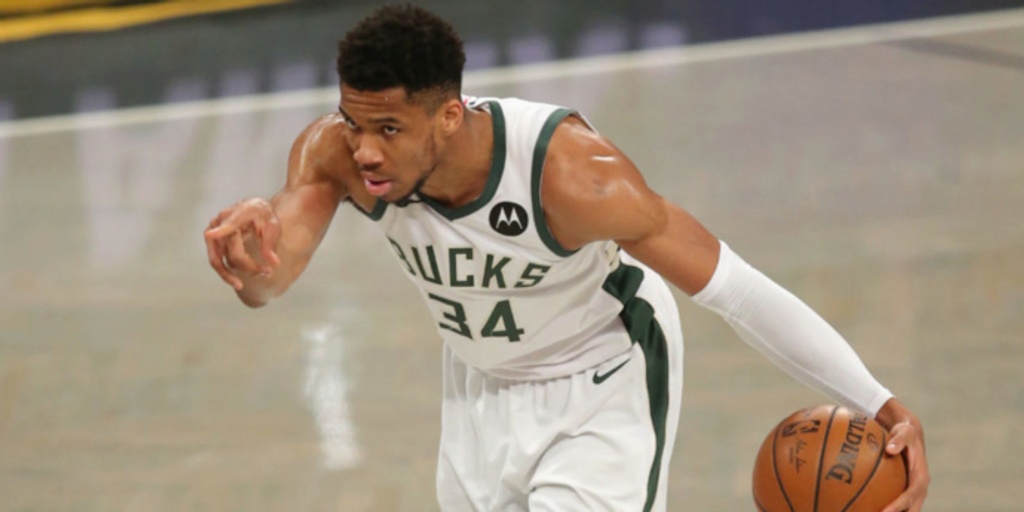 The Milwaukee Bucks aren’t getting enough credit for their Game 7 win over the Brooklyn Nets.

After going down 0-2 in the series (in embarrassing fashion), most fans and pundits were writing them off. It seemed like they were reverting back to last year’s Bucks in terms of their coaching and decision-making (as detailed by our Spencer Davies) rather than sticking with what worked throughout the regular season and in their first-round victory over the Miami Heat.

However, over the next five games, the Bucks fought back and Giannis Antetokounmpo was terrific, averaging 34.2 points, 13.6 rebounds, 3.4 assists and 1.2 threes while shooting 56.1% from the field. Sure, the Nets were banged up, but Milwaukee did what they had to do in order to advance to the Eastern Conference Finals, where they’ll face the Atlanta Hawks.

After eliminating Brooklyn, oddsmakers are very high on the Bucks.

For comparison, the team with the next-highest odds to win the championship is the Phoenix Suns with +170 odds (or an implied 37% chance). The Los Angeles Clippers (+800, or an implied 11.1% chance) and Atlanta Hawks (+1200, or an implied 7.7% chance) are considered long shots by the oddsmakers, per OddsChecker.

“After knocking off the long-time favorites to win the NBA title, oddsmakers believe the Bucks are the team to take up the mantle. Bettors aren’t as big on the team, likely to do with Giannis Antetokounmpo’s poor free-throw shooting,” OddsChecker spokesman Kyle Newman said.

“Still, there’s no denying that Milwaukee is the clear-cut favorite to make it their first NBA Finals since 1974. That said, Atlanta has been an underdog for nearly their entire playoff run; it’s unlikely they’re scared of trying to knock off another Goliath.”

For more picks and betting help, betql.co uses their computer model to analyze every bet and find mispriced listings. Check them out here!