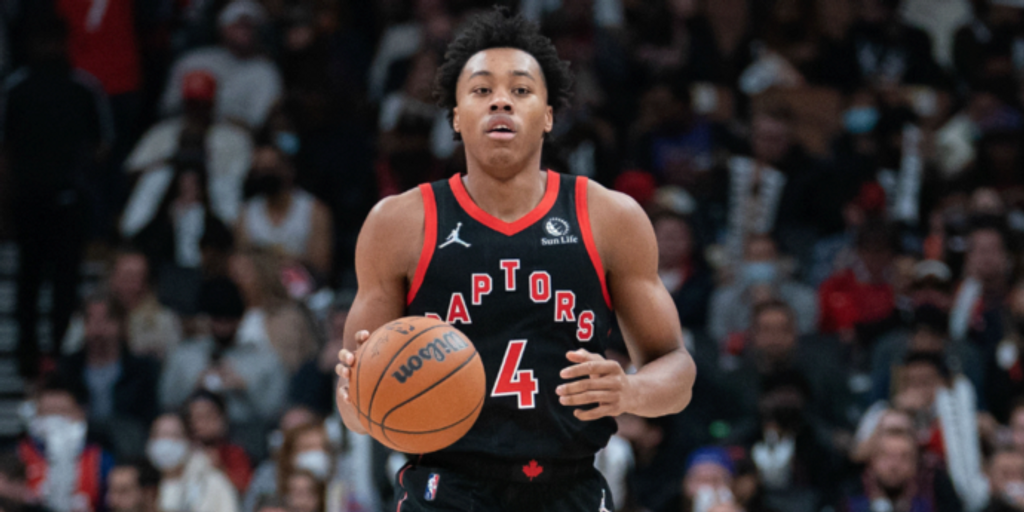 In our latest installment of daily picks against the spread, plus player over/under predictions, “Nothing But Bets” brings the heat for Wednesday’s monster slate of 11 NBA games. Without further ado, let’s dive into the juicy goodness.

Reminder, all odds are provided by TwinSpires Sportsbook. Player over/under prop picks are from our new sponsor on BasketballNews.com, Prize Picks.

All is not well in Boston right now. After the Celtics’ latest loss, veteran leader Marcus Smart pretty much threw young stars Jayson Tatum and Jaylen Brown under the bus for not moving the ball around within the offensive flow. Will that change against Orlando on the road? I do like the Celtics here, but not enough to cover the 7-point spread. The Magic have been very feisty, so expect this one to be potentially close throughout. Hammer the Celtics’ -275 moneyline, plus the following player-prop parlay on Prize Picks: Tatum over 23.5 points, Cole Anthony over 15.5 points, Mo Bamba over 11.5 points, Brown over 2.5 threes, Anthony over 1.5 threes. Remember, on Prize Picks a 5-leg parlay where everything hits pays you back 10x more than your bet. Cash in!

Chicago is one of the best early storylines of the season. DeMar DeRozan, Lonzo Ball and Alex Caruso have really lifted to Bulls to an entirely new level. DeRozan takes so much scoring burden off Zach LaVine, while Ball and Caruso form a tenacious backcourt duo defensively. However, with Joel Embiid scheduled to return tonight, I’m hammering the Sixers point spread here. Embiid should feast against Nikola Vucevic, and I’m forecasting a very solid outing from Seth Curry. Tail me on Prize Picks with these over/under props to go along with Sixers -1.5 on TwinSpires: Embiid over 26.5 points, DeRozan over 20.5 points, Curry over 15.5 points, Embiid over 9.5 rebounds, Curry over 2.5 threes.

This was a surprise when I first saw the point spread. Indiana has been in disarray early on, but the return of Caris LeVert was a huge boost this week. This feels like a statement game opportunity for the Knicks, though. New York has a more well-balanced starting lineup to go alongside a real Sixth Man of the Year candidate in Derrick Rose. I’m rolling with the road underdog in New York to cover the spread and win outright on the moneyline (-106) as well. There are no props currently available for this game, but I love the idea of Rose and Kemba Walker roasting the Pacers.

Cleveland’s giant frontcourt duo of Evan Mobley and Jarrett Allen has produced fantastic results thus far. In this matchup, though, it’s all about the backcourt fireworks. Damian Lillard and CJ McCollum vs. Darius Garland and Collin Sexton is going to be a treat to watch. Portland is favored on the road, and I’m hammering them here to cover the spread. This is also the Lillard breakout game, in my opinion. Roll with the Blazers at -5, plus the following Prize Picks props: Lillard over 25.5 points, McCollum over 20.5 points, Allen over 10.5 rebounds, Lillard over 3.5 threes. As this isn’t a 5-leg parlay, you can choose either the flex play or power play option on Prize Picks. Flex play means you can have three out of four hit, and you still return winnings. That’s a smart investment idea for this matchup.

I’m loving what’s happening right now for Toronto, and it’s only going to get better once Pascal Siakam eventually returns. OG Anunoby and Scottie Barnes are so fun to watch on the wing, and I expect them to be real weapons in this road matchup against Washington. The Wizards have proven their quick retooling around Bradley Beal is paying off, but the road underdog at +3.5 (+135 moneyline) is too enticing to pass up. Prize Picks props to tail: Beal over 25.5 popints, Anunoby over 18.5 points, Fred VanVleet over 6.5 assists, Anunoby under 2.5 threes.

Get your popcorn ready for this one, folks. Kevin Durant and James Harden vs. Trae Young is appointment-viewing television already, but especially if you wager on TwinSpires and/or Prize Picks here as well. This should be a closely contested contest, but I’m riding the idea that Brooklyn is figuring things out without Kyrie Irving. Durant and Harden pour in the points, winning this one for Brooklyn by a few possessions. Lock in the Nets -5, plus these Prize Picks props: Durant over 26.5 points, Young over 24.5 points, Harden over 19.5 points, Harden over 2.5 threes, Young over 2 threes.

The last time these two teams played in Memphis, the Grizzlies won in blowout fashion after I wagered on the underdog Nuggets. We’re going back to the same well here riding the road underdog. Expect a huge night from Nikola Jokic, and finally some of Denver’s role players to step up alongside him. Give me the Nuggets +1 and the outright win at -106 moneyline. Here’s some enticing props to wager on as well: Jokic over 24.5 points, Ja Morant over 24.5 points, Michael Porter Jr. over 14.5 points, De’Anthony Melton over 10.5 points, Jokic over 10 rebounds.

Paul George has been absolutely incredible to start the season, even though the Clippers’ overall record won’t exactly reflect that. In their last outing against the Oklahoma City Thunder, I think the Clippers stumbled into what works best. Give the ball to George and get out of the way, especially with no Kawhi Leonard. Reggie Jackson and Luke Kennard have also stepped up as George’s primary compliments in the scoring department. This is going to be a close one, but I like the Clippers to cover the 1.5-point spread on the road in Minnesota. Here’s George-related prop bet to tail on Prize Picks: George over 27 points, Anthony Edwards under 23.5 points, Jackson over 16.5 points, Karl-Anthony Towns over 10.5 rebounds, George over 5 assists.

I’m waiting for the mega outing from Luka Doncic. I have the feeling it finally happens tonight on the road in San Antonio. The Spurs have been a feisty out so far this season, but if Doncic is hot they don’t stand a chance. If you’re in the same camp as me believing Doncic puts up multiple highlight-reel moments, tail the Mavericks to cover at -2, plus these props: Doncic over 26.5 points, Tim Hardaway Jr. over 15.5 points, Jalen Brunson over 13.5 points, Doncic over 6.5 rebounds, Doncic over 6 assists. If Luka flirts with a triple-double, Dallas rolls against the Spurs.

This is a true litmus test moment for the upstart Hornets. LaMelo Ball and Miles Bridges have propelled Charlotte to a hot start, but traveling across the country to face Stephen Curry is an entirely different experience. For this matchup, I’m forecasting Curry to go nuclear against Ball. So many eyes will be on this game, and more often than not Curry obliges with the primetime audiences with spectacular performances. Hammer the Warriors to cover the 6-point spread against the Hornets’ porous defense. Also, I love the potential of a huge outing from Curry on Prize Picks’ over/under props: Curry over 30.5 points, Bridges over 18.5 points, Ball over 18.5 points, Curry over 5.5 threes, Ball over 2 threes. If Curry hits six threes in this game, let me lock in that Curry goes for 40+ points tonight in a shootout.

Both teams are on the second night of a back-to-back, but they’re going in completely different directions. What’s going on with Zion Williamson? It’s unfortunate, but the Pelicans continue to seemingly both the Williamson experience being vague with another long-term injury. On top of that, Brandon Ingram is doubtful for tonight’s game as well in Sacramento. Meanwhile, the Kings barely lost in Utah against the Jazz. Sacramento looks like they will be fighting for a play-in spot throughout the season, which is a huge boost from my early preseason expectations for them. In this game, I’m emphatically hammering the Kings on the 4.5-point spread as one of my best bets during tonight’s monster 11-game slate.