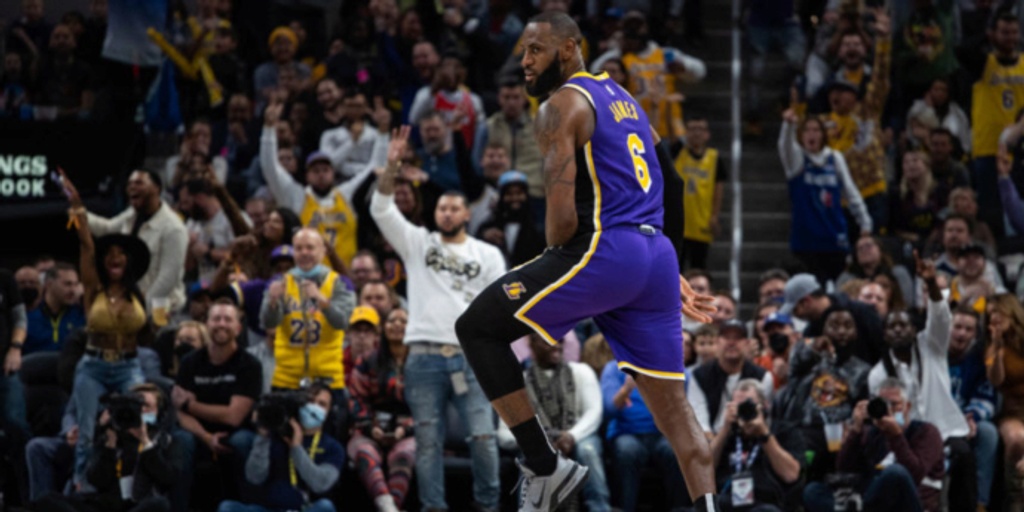 “Nothing But Bets” is back as we our every single day to hand out your early NBA betting edge. On Sunday, we have a fun little 5-game slate with some heavy-hitters playing. This season, “Nothing But Bets” is carrying a 157-122-3 record (56.2%). Let’s find out how we fare against the spread ending the weekend.

We’re officially on a collision course for the NBA’s biggest matchup yet on Tuesday in Phoenix between the Suns and Warriors. In the meantime, though, Golden State still needs to take care of business against a feisty Clippers team. The line movement here has doubled in the last 24 hours in favor of the Warriors rising from -1.5 to -3. Even with the spread rising, I still love the Warriors to win outright and cover. On PrizePicks, let’s lock in a fun power play prop bet for this game: Stephen Curry over 26.5 points, Paul George over 24 points, Jordan Poole over 16.5 points, Ivica Zubac over 7.5 rebounds.

The Bucks are finally getting healthy and finding a consistent rhythm, which is a scary sight for everyone else in the Eastern Conference. Milwaukee’s slow start wasn’t a sustainable trend, but what we’ve seen recently most definitely is. Although Indiana is playing a lot better as of late, it’s hard to trust them in this matchup against the defending champions. Giannis Antetokounmpo should feast against the Pacers as I believe there’s good value to be had on wagering Bucks -3. Hammer the Bucks to cover the 3-point spread in Indianapolis, plus the following power play on PrizePicks: Giannis over 24.5 points, Malcolm Brogdon over 18.5 points, Khris Middleton over 16.5 points, Caris LeVert over 14.5 points.

This is a game where I feel like the Raptors are going to miss the presence of OG Anunoby defensively, especially guarding Jayson Tatum in one-on-one situations. For that reason, I’m leaning towards the underdog Celtics to win across the border on Sunday night. Expect a huge night from Tatum propelling Boston to a much-needed victory, but this should be a very entertaining outing. On PrizePicks, here’s an enticing power play option I couldn’t pass up on: Tatum over 24.5 points, Scottie Barnes over 12.5 points, Fred VanVleet over 5.5 assists, Marcus Smart over 3.5 rebounds.

I know Memphis is home here, but without Ja Morant I have a hard time seeing why they should be favored against an up-tempo Kings squad. If Morant would have played, it’s a totally different story. However, I expect the Kings’ pace against the porous Grizzlies defense to play a huge factor throughout. De’Aaron Fox and Sacramento’s high-volume three-point shooters become too much to handle late for the Morant-less Grizzlies. As the underdogs, I love the Kings on the road to cover the 1-point spread and win outright. For the final two matchups on the slate today, there are no over/under props currently available as of recording “Nothing But Bets” this morning.

This is a matchup where I feel very confident in the Lakers to pull off the victory and cover the huge 10.5-point spread. LeBron James is back in action for Los Angeles, plus he’s going up against the team in which he was suspended one game for his altercation with second-year big man Isaiah Stewart. LeBron will be very motivated here, as will his other star companions in Anthony Davis and Russell Westbrook. Although the Lakers have struggled to find any sort of consistency this season, going toe-to-toe with the Pistons presents a perfect opportunity to roll. Hammer the Lakers to cover the spread for the final game of Sunday’s slate.