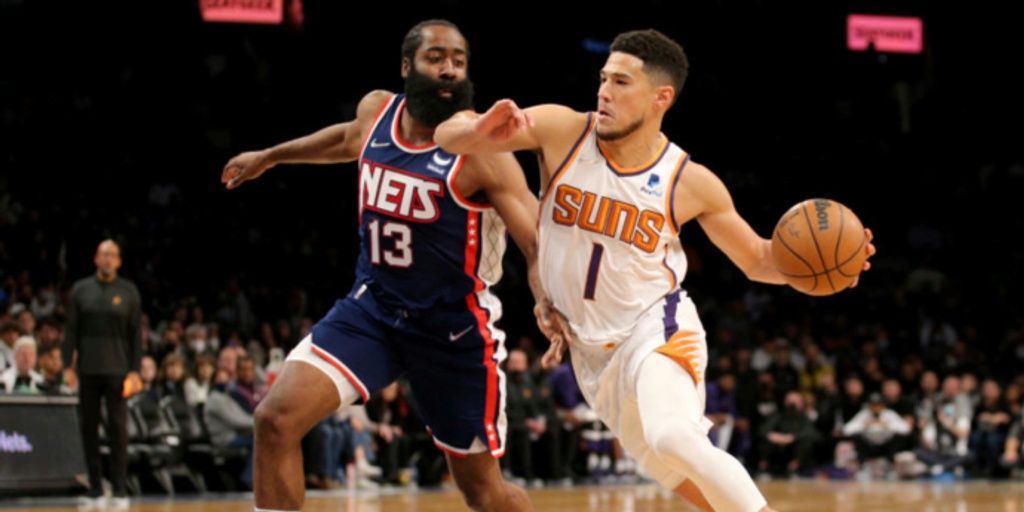 “Nothing But Bets” written content will be making a change after our last post this month, listeners, as I could possibly be doing a weekly written check-in in lieu of a daily one. Moving forward, make sure to subscribe to “Nothing But Bets” on your preferred streaming platform to get the inside edge. In the meantime, this is the last dance for daily betting picks against the spread. Let’s go out with a bang, shall we?

This season, “Nothing But Bets” is carrying a 163-131-3 record (55.4%). It’s time to bounce-back from an inconsistent Monday with a fantastic 5-game slate on tap for Tuesday, which includes the game of the year thus far between the Golden State Warriors and Phoenix Suns.

Against the Ja Morant-less Grizzlies, I feel there’s strong value to be had here on Toronto at -3.5. The Raptors are without OG Anunoby, but No. 4 overall pick Scottie Barnes and Pascal Siakam have picked up the slack recently. Fred VanVleet is also playing at a near-All-Star level right now for the Raptors, so we’re hammering Toronto to win outright and cover the 3.5-point spread. On PrizePicks, let’s lock in an enticing power play for this fun matchup across the border: Dillon Brooks over 19.5 points, VanVleet over 18.5 points, Barnes over 7.5 rebounds.

The first game of TNT’s thrilling double-header on Tuesday features the crosstown Big Apple rivalry being renewed between the Nets and Knicks. As the Knicks continue to slide, this is a perfect spot for the star-studded Nets to flex their muscles. Expect a big outing from Kevin Durant and James Harden, which should propel Brooklyn to a comfortable victory over the Knicks. Hammer Nets -7.5 with ease, plus the following prop bet on PrizePicks: Durant over 28.5 points, Harden over 21.5 points, Alec Burks over 14.5 points.

Even though the Trail Blazers are on the second night of a back-to-back, I love them in this spot to cover the 7-point spread tonight in Portland. Cade Cunningham is finding his groove recently as the No. 1 overall pick for Detroit, but the backcourt duo of Damian Lillard and CJ McCollum will be too much to handle in this one. Lock in the Blazers to cover the 7-point spread, plus this intriguing over/under power play via PrizePicks: Lillard over 24.5 points, McCollum over 20.5 points, Cunningham over 15.5 points, Isaiah Stewart over 6.5 rebounds.

I will be covering the game live for BasketballNews.com tonight, which is going to be a potential Western Conference Finals preview at the Footprint Center. Stephen Curry and the Warriors square off with Devin Booker and the Suns. Who holds the edge in this gigantic matchup between two early-season juggernauts? It’s so hard to project this one from a betting perspective, but I favor Phoenix here for multiple reasons. Not only do the Suns have better depth than Golden State, in my opinion, but they have a much more well-rounded starting lineup around their superstar. Expect a barn burner between Curry and Booker to take place in the scoring category, but the Suns to cover the 2.5-point spread in the end. On PrizePicks, here’s what I’m locking in: Curry over 27.5 points, Booker over 22.5 points, Chris Paul over 8.5 assists, Draymond Green over 7.5 assists.

Closing out an exciting Tuesday slate in the Association, we have a rematch from a triple-overtime thriller which occurred last week. This time around, I’m expecting the Lakers to enact revenge on the Kings after an embarrassing home defeat. Points will be scored in bunches throughout this game, but the star power for Los Angeles wins out in the end. Hammer Lakers -4 on the point spread, plus the following power play on PrizePicks: LeBron James over 25.5 points, Anthony Davis over 23.5 points, De’Aaron Fox over 21.5 points, Tyrese Haliburton over 5.5 assists.