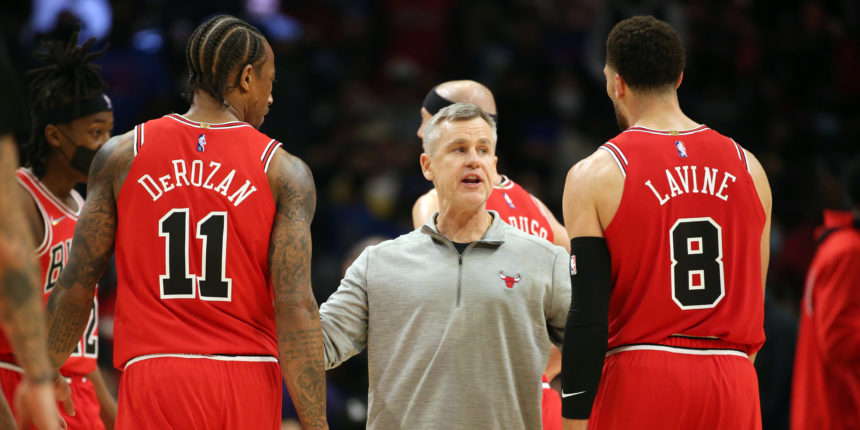 It’s time for another installment of our NBA picks against the spread via “Nothing But Bets.” Every single day, “Nothing But Bets” gives you the inside advantage on the slate of action before opening tip-off. So far this season, the results are in our favor carrying a 110-87-2 record (55.8%).

Detroit is not a team you should feel comfortable picking to win, let alone covering the spread. In this matchup against Indiana at home, we’re siding with the road team. Indiana has a serious size advantage down low, and I expect the team to abuse it throughout. Also, Malcolm Brogdon and Caris LeVert should have their way on all three levels of the court. Outside of Cade Cunningham’s improvement, there’s nothing really interesting to follow along with right now in Detroit. Hammer the Pacers -6.5, plus the following over/under power play on PrizePicks: Brogdon over 19.5 points, Domantas Sabonis over 15.5 points, Sabonis over 10.5 rebounds, Cunningham over 13.5 points, Brogdon over 1.5 threes.

Climb back aboard the Hornets playoff train, folks. What an impressive win recently over the Golden State Warriors. Now, they face off against the very much improved Wizards in Charlotte. This is going to be a super fun matchup to follow along with, but it’s hard not to roll the dice on the Hornets. LaMelo Ball and Miles Bridges make for such an exciting duo, while Gordon Hayward is the perfect third option. If defense ever clicks for the Hornets, which seems doubtful, watch out. I’m locking in the Hornets to win and cover the spread, plus the following power play on PrizePicks: Bradley Beal over 23.5 points, Ball over 18.5 points, Bridges over 18.5 points, Ball over 6.5 rebounds, Ball over 2 threes.

Both of these teams have been so inconsistent kicking off the 2021-22 season, but expect each one to eventually round into form around the holidays. However, I’m projecting the underdog Celtics to cover the 4.5-point spread tonight in Atlanta. In what should be a closely-contested battle throughout, Jayson Tatum vs. Trae Young is already enough reason to watch; hedge your lean towards Boston from a wagering standpoint. On PrizePicks, I’m locking in this superstar power play with a strong possibility of cashing: Tatum over 24.5 points, Young over 23.5 points, Young over 7.5 assists, Tatum over 7 rebounds, Young over 2 threes.

Losing Evan Mobley for multiple weeks with an elbow sprain is a massive blow to the Cavaliers. Mobley has been instrumental to the Cavaliers’ rapid rise, especially on the defensive end. Even though the Nets are on the second night of a back-to-back following an embarrassing blowout loss to the Warriors, I’m emphatically hammering them to cover the 9.5-point spread. Kevin Durant is going to have a field day against Cleveland, which is what we’re parlaying into our prop bet on PrizePicks: Durant over 26.5 points, Durant over 7.5 rebounds, Harden over 7 rebounds, Harden over 8.5 assists.

I’m living dangerously with this prediction, but let’s roll with the Lakers to cover the 9-point spread as underdogs on the road in Milwaukee. This could easily burn me later on tonight, but the spread here for two inconsistent teams is too high. The Bucks still haven’t found a groove, while the Lakers are a disaster without LeBron James. Anthony Davis vs. Giannis Antetokounmpo is going to be a fun battle inside, but I like Los Angeles to keep this one closer than many expect. Lock in the Lakers +9 with the following AD and Giannis power play on PrizePicks: Giannis over 25.5 points, Davis over 23.5 points, Davis over 10.5 rebounds, Giannis over 10 rebounds.

What can we say about the Pelicans at this point? They’re coming off a defeat in D.C. where they blew a 17-point halftime lead. It’s incredible how New Orleans continues to lose games in this manner. I expect a similar tune tonight against the Heat. Even if the Heat are shorthanded, I think they roll against the Pelicans. This is one of my best bets of the night, with the Heat taking early control over New Orleans and not lettiing up throughout. Miami wins by double-digits, and we now pivot over to an enticing prop bet on PrizePicks: Brandon Ingram over 20.5 points, Kyle Lowry over 14.5 points, Jonas Valanciunas over 11.5 rebounds, Valanciunas over 0.5 threes.

The last time these two teams squared off in Madison Square Garden, Orlando shocked the NBA world by defeating the Knicks outright. This time around, I’m expecting the polar opposite result where New York rolls to the tune of a near 20-point victory, as Julius Randle and Co. dominate from opening tip. Orlando is so young and inconsistent that these types of matchups could get ugly quickly. Hammer the Knicks to cover the 12-point spread, plus the following PrizePicks props: Randle over 20.5 points, R.J. Barrett over 12.5 points, Randle over 8.5 rebounds, Randle over 4.5 assists.

Kings head coach Luke Walton is already on the hot seat, which isn’t a good sign for his long-term future in Sacramento. On the road in Minnesota, I’m hammering the Timberwolves to cover the small 2-point spread. Minnesota almost dethroned the red-hot Suns this week, so projecting a bounce-back win with emphasis is a solid wager. On PrizePicks, here’s what we’re rolling with for a realistic over/under power play prop: Karl-Anthony Towns over 23.5 points, Anthony Edwards over 22.5 points, D’Angelo Russell over 19.5 points, Towns over 2.5 threes.

As a road underdog, Chicago has been crushing bettors this season. This time around, I’m not falling for a projected loss. The Bulls winning outright and covering the 1.5-point spread in Portland is too enticing not to roll with here. Chicago has been so awesome to watch this season. Zach LaVine and DeMar DeRozan are a dynamic scoring duo. Meanwhile, Lonzo Ball and Alex Caruso are locking up the perimeter as two potential All-NBA defenders. Give me the Bulls at +1.5 against the Trail Blazers, plus the following power play on PrizePicks: LaVine over 23.5 points, DeRozan over 22.5 points, Ball over 5.5 rebounds, Ball over 4.5 assists, LaVine over 2.5 threes.

Luka Doncic is out for tonight’s game in Phoenix, so this game heavily leans in favor of the Suns. Kristaps Porzingis will have to carry the load for Dallas, which he’s shown he can do more consistently recently. However, there are not many avenues in which the Mavericks can upend the Suns from winning their 10th straight game. Hammer the Suns to cover the 8.5-point spread at the Footprint Center, and tail me on this Suns-heavy power play on PrizePicks: Devin Booker over 22.5 points, Porzingis over 18.5 points, Deandre Ayton over 13.5 points, Ayton over 9.5 rebounds, Chris Paul over 8.5 assists.