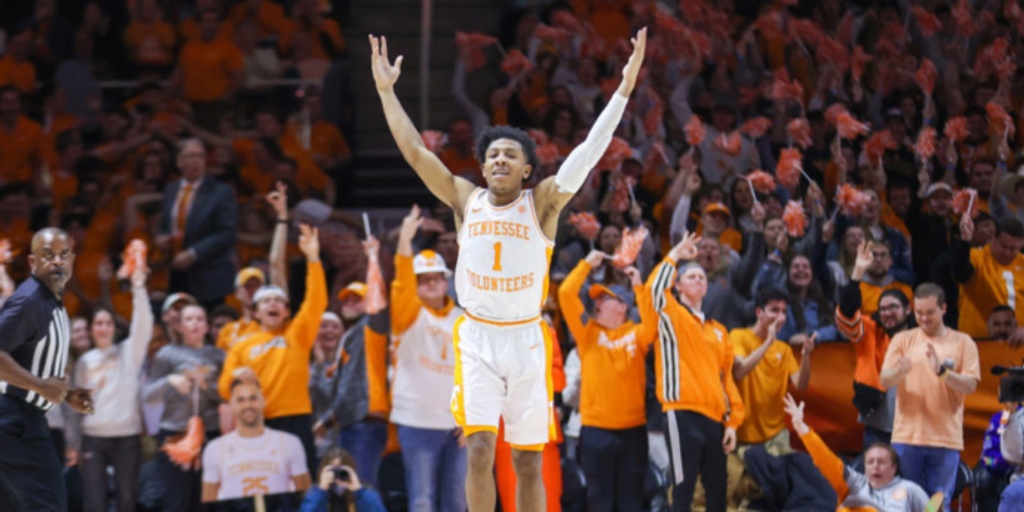 Knoxville, TN  — The Tennessee Volunteers (14-5, 5-3 SEC) have had a rocky start to conference play, but secured an important victory tonight by defeating Florida 78-71. The Gators (12-8, 3-5 SEC) are entering the “must win” part of the schedule, and after letting a second half lead slip away in this one, face an uphill battle moving forward. Santiago Vescovi led all players in scoring with an efficient night, posting 23 points on 6 of 10 from the field and 6 of 6 shooting from the free throw line.

Florida held a 42-34 at the break behind strong performances from Tyree Appleby and Brandon McKissic. Zakai Zeigler, Kennedy Chandler and Vescovi carried the early load for the Volunteers. Both teams shot the ball well and combined to hit 15 three-pointers in the half.

Tennessee came out hot to start the second period, scoring quickly and cutting the lead to 48-47 at the 15-minute mark. Anthony Duruji was providing both buckets and turnovers, up until the 11-minute mark when Florida started to get back on track a bit, re-extending their lead to 55-52. After a Josiah-Jordan James triple, followed by a John Fulkerson layup, the Vols held a 57-55 lead — their first lead since 10-8 early in the first half.

The Vols extended their lead to 67-62 at the 4-minute TV timeout and were able to hold on from there. Fulkerson came up huge late in the game with some key jumpers, and Vescovi knocked down important free-throws. Tyree Appleby hit a triple with 32 seconds on the clock following a James turnover, but then more makes from the charity stripe sealed the deal.

Appleby ended with 16 points on 4 of 8 from deep to go along with 7 assists. Duruji posted 16 points and 6 rebounds before fouling out. Freshman Zeigler had a strong game for the Vols, scoring 11 points to go with 6 rebounds, 4 assists, 2 steals and 1 block.

Coming into tonight, Chandler was averaging 13.3 points, 4.9 assists and 2.3 steals per game as he continues to solidify himself as a likely first rounder in this summer’s NBA draft. He posted 17 points and 5 assists.

Tennessee hit 17 of 18 from the free throw line which was crucial down the stretch. The team moves to fourth in the SEC standings.

Tennessee will visit the Texas Longhorns on Saturday night.

The Gators will host Oklahoma State on Saturday afternoon.