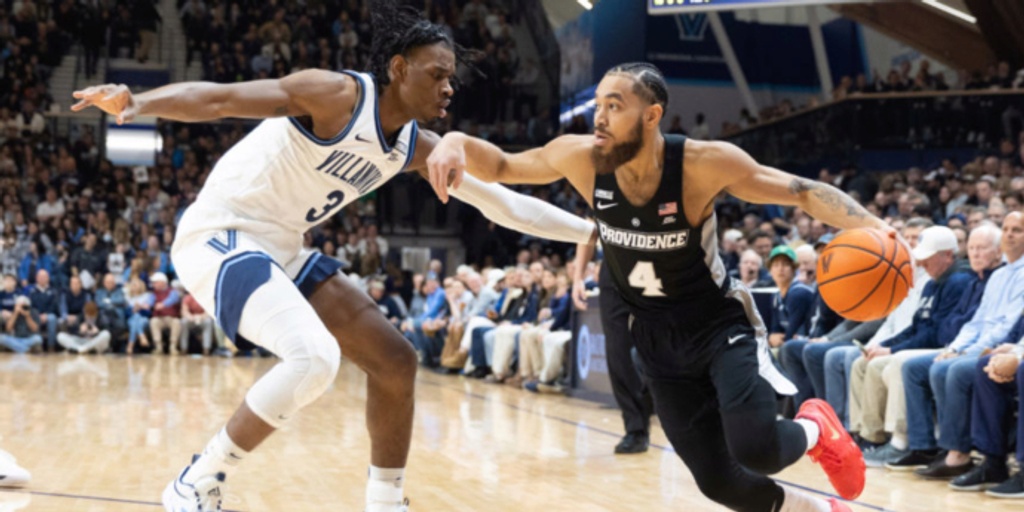 In a battle between the top two teams in the Big East, this game, like many others in the conference's regular season, went down to the wire. The Villanova Wildcats held on to a 76-74 victory over the Providence Friars, as Caleb Daniels led all players with 20 points off the bench.

Villanova (22-7, 15-4 Big East) entered this one ranked No. 12 in Adjusted Efficiency and projects as the No. 3 seed in the NCAA Tournament. They are led by senior guard Collin Gillespie, who is averaging 16.6 points per game and continues to make a strong case for the 2022 NBA Draft.

Despite the loss, Providence (24-4, 14-3 Big East) wrapped up a phenomenal season, one in which the team is projected as the No. 4 seed in March Madness; the Friars are No. 39 in Adjusted Efficiency in the nation. Nate Watson leads the team with 14.0 points per game, and is one of the best upperclassmen centers in the country.

The Friars jumped out to a 9-2 early lead, but Brandon Slater and Jermaine Samuels were able to reel it back in. After the score was 24-24, Gillespie, Daniels and the rest of the Wildcats ended the half on a 16-2 run.

Villanova took a 40-26 lead into the break behind 10 points and 3 assists from Gillespie. Samuels and Eric Dixon had 7 points each. Noah Horchler led the Friars in scoring with 6 at the half.

Providence came roaring back to start the second half behind A.J. Reeves, cutting the lead to 53-51 by the 10-minute mark. At 4:13, Villanova held a 62-60 lead, as Justin Moore and Daniels continued to hit tough shots. At 1:46, Gillespie had a crucial steal which led to a Moore free throw at 1:26.

It felt like the Wildcats were close to wrapping it up, but Justin Minaya hit a clutch triple with 33 seconds remaining for Providence to cut the deficit to 69-68. After a pair of Dixon free throws, Jared Bynum hit a layup for the Friars to make it 71-70 in favor of Nova with 14 seconds on the clock.

Daniels hit two more free throws to make it 75-72 at the three-second mark, and Villanova was able to hold on from there, 76-74. The Wildcats have a hold on the No. 2 seed in the Big East as the regular season closes in on its end.

Bynum had a tremendous game for the Friars, posting 19 points and 10 assists. Horchler and Reeves pitched in 15 points each.

Eric Dixon recorded 15 points, 4 rebounds and 3 steals for the Wildcats, while Gillespie finished 14 points and 5 assists.

Villanova visits Butler on Saturday afternoon for the regular-season finale.