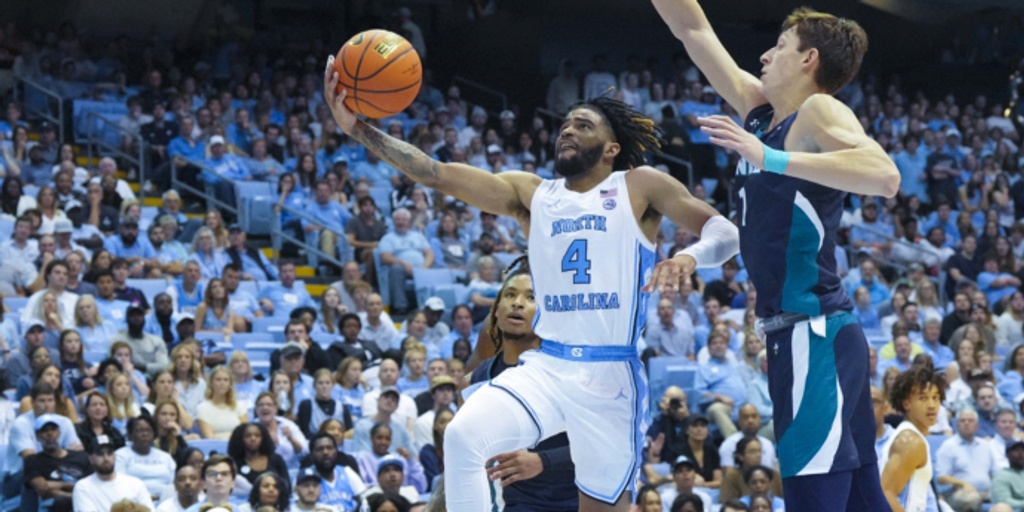 No. 1 Tar Heels hold down UNCW in opening win

CHAPEL HILL, N.C. (AP) — Caleb Love and RJ Davis scored 17 points apiece and No. 1 North Carolina began a season of grand expectations by pulling away from UNC Wilmington with a 69-56 victory Monday night.

Armando Bacot added 16 points and nine rebounds for the Tar Heels, who were perhaps most impressive at the defensive end. UNCW shot just 29.8 % from the field.

The Tar Heels, who were the NCAA Tournament runner-up in April, began the new season with the top ranking for the first time in seven years. It’s a record 10th time that North Carolina has been ranked No. 1 to start a season – one more than rival Duke.

Trazarien White scored 19 points for UNCW, which faced a top-ranked team for the first time in program history. Skykeim Phillips had 11 points and Donovan Newby added 10. The Seahawks went 4-for-16 on 3-pointers.

North Carolina led 32-21 at halftime behind Davis’ 11 points, but it wasn’t easy.

The Tar Heels have won their first game of a season for 18 years in a row. North Carolina has won 21 consecutive Smith Center openers.

UNCW: The Seahawks were competitive for most of the game and provided a good deal of the physicality in the game. They pulled in 16 offensive rebounds, though they had lots of opportunities for those considering their horrid shooting touch. It was probably a good barometer for the Seahawks while they fell to 0-6 all-time vs. North Carolina.

North Carolina: This wasn’t the smoothest performance for the Tar Heels, but they’ll have time to address glitches as they’ll play their first four games at home. With four starters returning from last season’s team, there’s plenty of experience in the lineup. Northwestern transfer Pete Nance completed the starting five. This was the 47th straight win against in-state, non-conference competition for the Tar Heels.

UNCW: Friday at home vs. Allen

North Carolina: Friday at home vs. College of Charleston