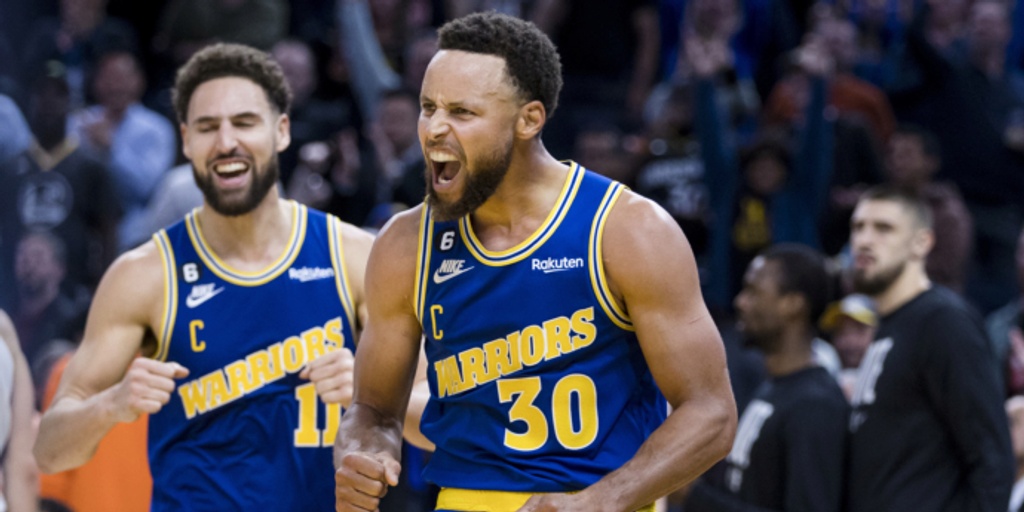 Andrew Wiggins had 25 points and Klay Thompson added 16 for the Warriors before Curry made two free throws with 1.3 seconds left to secure the win.

Curry, Thompson, Green and Wiggins returned to the lineup after not playing against New Orleans on Friday.

Thompson is not playing on back-to-back nights because of his anterior cruciate ligament and Achilles tendon injuries in 2019 and 2020. Green is under similar limitations because of a back injury suffered last season.

Curry was being rested because of elbow soreness and Wiggins because of a sore left foot.

De’Aaron Fox had 28 points and six assists for Sacramento (3-6), which had a chance to tie before Kevin Huerter's missed 3-pointer on the final possession.

After the Kings went down 12 early, Sacramento closed the first quarter on a 14-2 run. The Warriors opened the second half on 13-2 run to cut it to one point with 8:24 left in the third.

Sacramento lost to Golden State 130-125 on Oct. 23, which was highlighted by an 89-point first half from the Warriors. Golden State plays in Sacramento on Sunday.

Before the game, Steve Kerr addressed the crowd and encouraged fans to vote Tuesday. Kerr and other players and coaches wore a shirt with the word “Vote” on it. The NBA won’t have games Tuesday.

“The league is really promoting it across the country with all 30 teams playing tonight and none of the 30 teams playing tomorrow night,” Kerr said. “It’s symbolic, but it also gives the players, coaches, and team employees a chance to vote tomorrow if they are in their home districts… we hope that people get out to the polls tomorrow.”

Warriors: G Donte DiVincenzo went through pregame warmups and could be available Friday after being out since Oct. 23 with a hamstring injury. … Kerr was given a technical foul with 1:27 left in the first half. Curry got one with 5:55 left in the third.

Kings: Fox made 29 consecutive free throws before missing one in the second quarter. His last miss came vs. Los Angeles on Oct. 22. … Fox has scored 25 points or more in six games this season. … Sacramento ranked 24th in the NBA in free throw percentage (74.1%) coming into Monday and shot 25 of 29. ... Sacramento had won three of four.