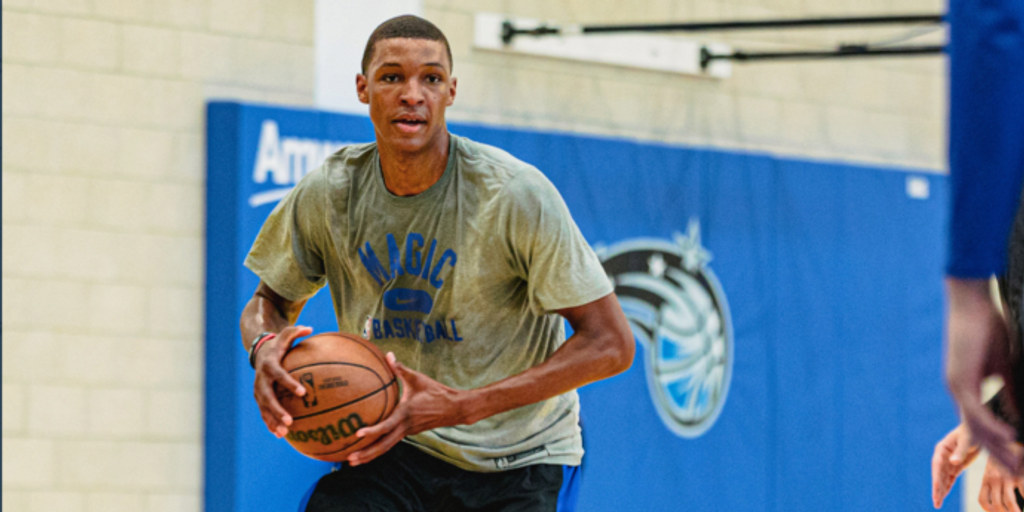 No. 1? Magic work out Jabari Smith in advance of NBA draft

Jabari Smith didn’t even attempt to minimize the significance of what was happening. He was in an NBA gym, wearing NBA apparel, getting guidance from NBA coaches.

It was a big moment for him.

It’ll lead to a big decision for the Orlando Magic.

Smith did the first of his two planned pre-NBA draft workouts on Thursday, the former Auburn All-American going through drills for the Magic — the team that holds the No. 1 pick for the June 23 draft. His other workout will be for Oklahoma City, the team that has the No. 2 selection.

“If I said I wasn’t nervous, I’d be lying,” Smith said. “Coming into it, I was nervous. But everybody talking to me and getting me through it just kind of relaxed me a little bit. And then, just have some fun with it — that’s what I tried to do.”

The workout at the AdventHealth Practice Facility at Amway Center, the team’s home arena, was closed to everyone except Magic personnel. But a few fans, so to speak, got in anyway: As Smith’s workout went on, the doors on one end of the court kept opening as interested parties kept arriving -- Magic players, including Cole Anthony, Mo Bamba and Jonathan Isaac.

There was applause at times, even a few audible cheers. Clearly, at least some of the onlookers were enjoying the show. Smith said he was getting help from the players who were watching, even if it just meant a few handshakes and a quick bit of praise.

“It was my first workout, so the first experience that I’ll never forget, really,” said the 19-year-old Smith. “It was it was fun to get out here and push myself and get through it.”

The consensus is that there are three players above most others in the draft — Smith, Gonzaga’s Chet Holmgren and Duke’s Paolo Banchero. All are forwards, all at least 6-foot-10 (Holmgren is a 7-footer), all played one year of college ball and all figure to be meriting serious consideration for the No. 1 spot.

Smith averaged 16.9 points and 7.4 rebounds in his lone season at Auburn, shooting 43% from the field and 42% from 3-point range. Against teams that were ranked in the AP Top 25 when facing Auburn, Smith averaged 20.8 points and 6.4 rebounds. But it’s the two-way game — Smith excels defensively — that might rate him the edge in the race to be the No. 1 selection.

“I just think it’s my will to win that sets me apart,” Smith said. “I don’t really care about stats and glamour and all that. I just want to really win and play to win every game.”

When it was over and the workout was done, Smith looked around for a moment at the gym, taking it all in. On Thursday, he was a guest, auditioning.

In a couple weeks, the same gym might become home.

“I think I can fit in it really well,” Smith said. “Seeing the guys and seeing the players, this is a young team, one of the youngest in the league. So, adding me would just add another young player who was hungry and got a lot left in the tank. So, I’ll add some energy and just another person wants to come in and work and get this organization where it needs to be.”