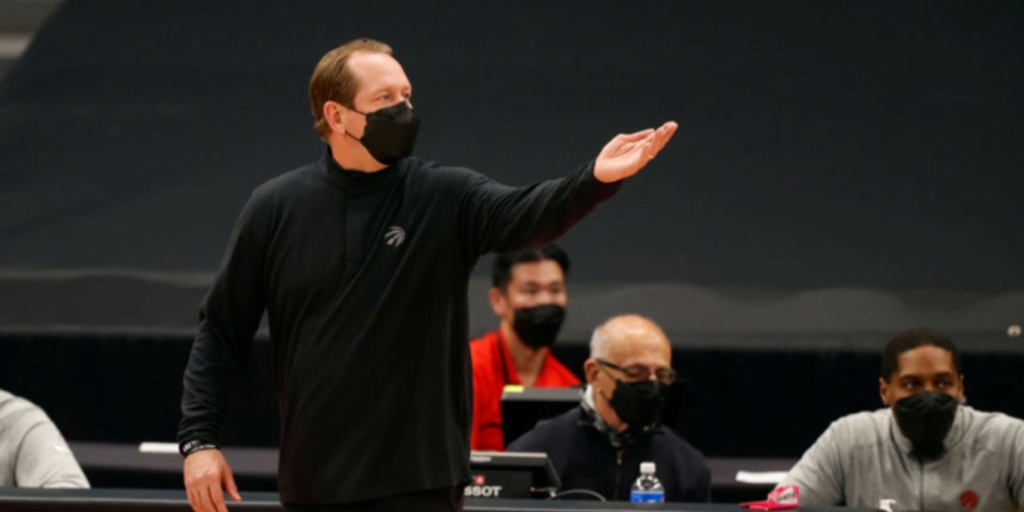 The Toronto Raptors have reportedly been dealt a blow to their coaching staff as head coach Nick Nurse will be entering COVID-19 protocol and missing time on the sideline, the team announced on Friday. The news was first reported by The New York Times.

Raptors coach Nick Nurse and five other members of the Toronto coaching staff are entering the league's health and safety protocols and will not coach tonight, @NYTSports has learned

Five other members of the Toronto coaching staff will also be entering the NBA's health and safety protocols and unavailable to coach.

Houston at Toronto (in Tampa) tonight will be the first instance in the NBA that a head coach and multiple staff members have been forced to miss a game due to the league's health and safety protocols.

The team has now formally announced it: pic.twitter.com/adYJvci1Aq