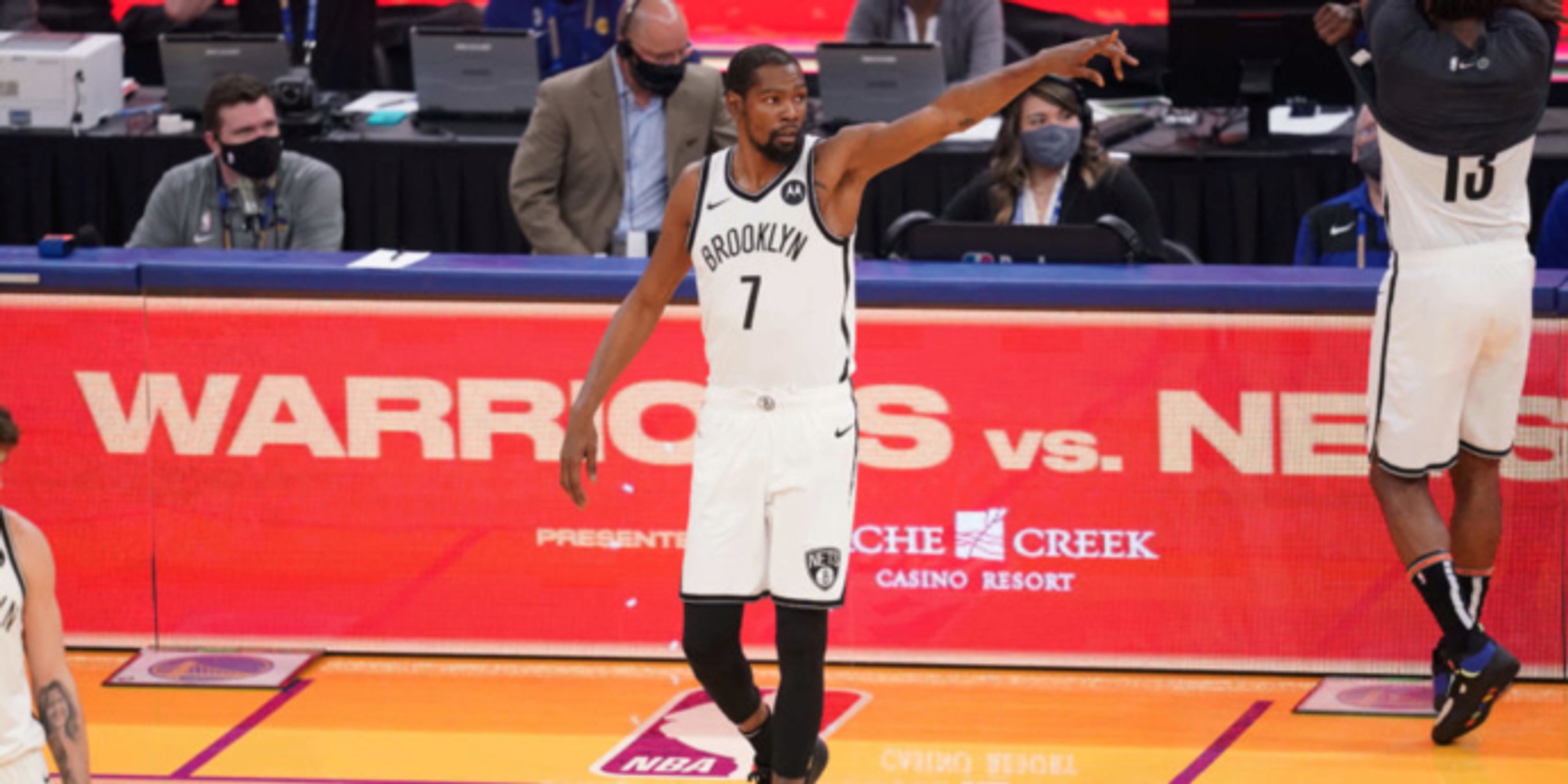 Kevin Durant to still act as All-Star captain, despite not playing in game

The Nets' Kevin Durant will act as an All-Star captain even though he is not playing in the game.

ANALYSIS: Marc Stein went on to say that no decision has been made yet on whether Durant will travel to Atlanta for the March 7th All-Star Game, but he will, in fact, be picking a Team Durant to oppose Team LeBron in the next week.

The All-Star player draft is planned for Thursday night on TNT.