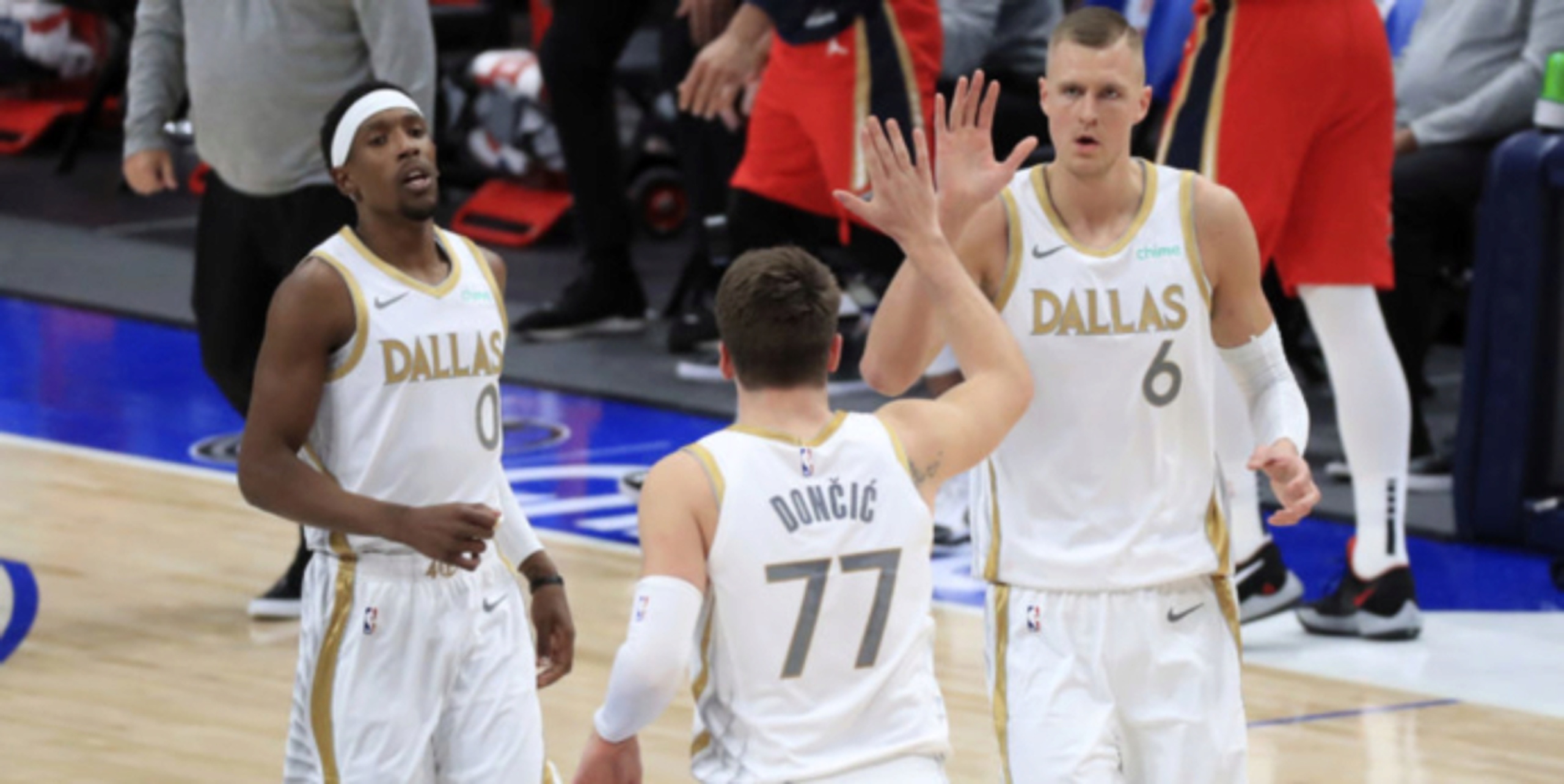 With Kristaps Porzingis back in the lineup, the Dallas Mavericks put an end to Brooklyn's eight-game winning streak Saturday night with a 115-98 win. Porzingis missed the team's previous three games due to a back injury, but the 7'3'' forward out of Latvia looked good in tonight's outing, putting up 18 points, 4 rebounds and 3 blocks in 25 minutes on the court. Porzingis shot an efficient 7-13 from the field despite just taking two shots from beyond the arc. Dallas now climbs back to .500 on the season with a 16-16 record, which is good for 9th in the West.

The Nets, who have been without Kevin Durant for the past eight games, were extra shorthanded tonight as they were without All-Star guard Kyrie Irving. Irving missed tonight's game due to 'right shoulder soreness', according to the team. And with only a few games left for the Nets before the All-Star Break, it's very likely Brooklyn could hold Irving out to ensure he is fully rested before the second half of the season kicks off.

Next up for Dallas is a matchup with the Orlando Magic Monday night at 7 PM ET.

The Nets will hit the road for a game against the San Antonio Spurs Monday, with tip-off coming at 8:30 PM ET.