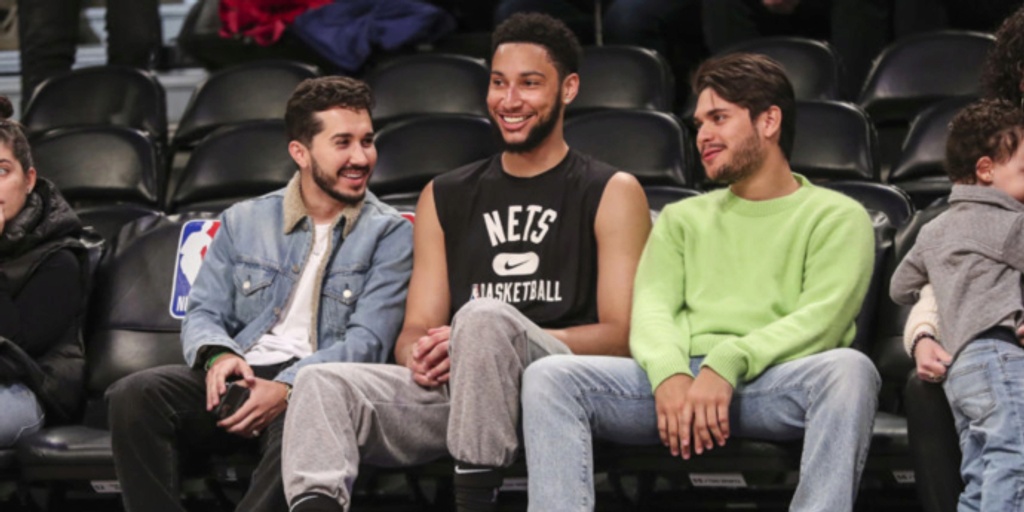 There is optimism that Brooklyn Nets star Ben Simmons could make his season debut during the first round of the NBA playoffs, according to Shams Charania of The Athletic. Simmons is working to strengthen his back and legs, and he has been ramping up his workload in hopes of returning during the postseason.

Initially, Simmons' injury was described as back soreness, but then he was diagnosed with a herniated disc and he needed an epidural for the pain. Nets head coach Steve Nash has said that surgery hasn't been considered.

Nash ruled out the possibility of Simmons returning for the Play-In Tournament, which the Nets find themselves in since they are currently in the Eastern Conference's seventh seed. Assuming they are able to advance to the first round, the Nets would be an extremely tough out after adding Simmons alongside Kevin Durant, Kyrie Irving and Co.

Last season, Simmons averaged 14.3 points, 7.2 rebounds, 6.9 assists and 1.6 steals with the Philadelphia 76ers, and he finished as the Defensive-Player-of-the-Year runner-up.

ESPN's Adrian Wojnarowski and Ramona Shelburne reported that Brooklyn hoped to have Simmons return in time for a "couple" regular-season games so that he could start shaking off the rust and getting acclimated prior to the postseason. However, it seems his body wasn't ready.

Recently, Simmons has been participating more during Brooklyn's practices, according to Alex Schiffer of The Athletic. It remains to be seen if he can ramp up his workload without experiencing yet another setback.