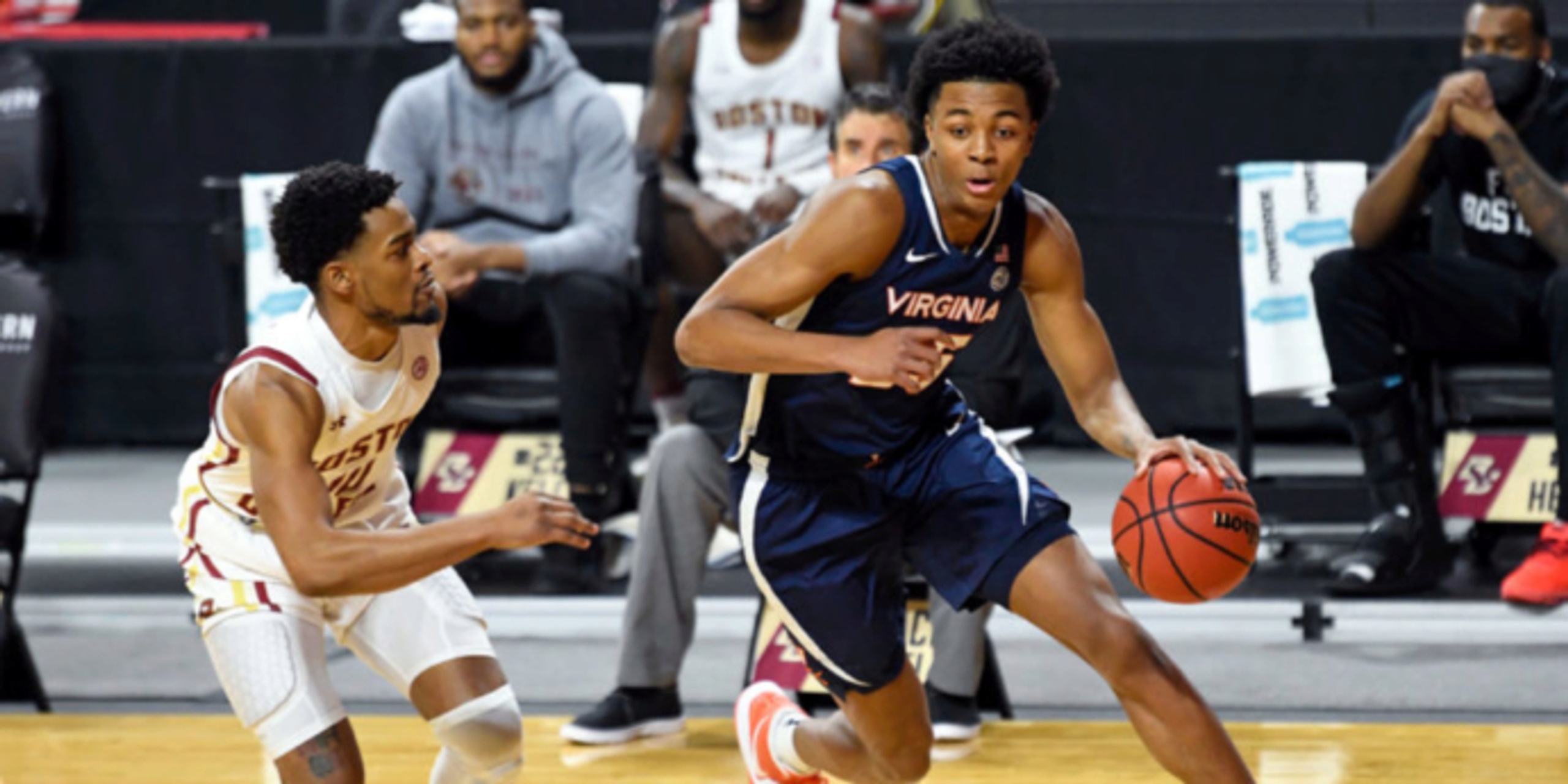 To start the 2020-2021 college season, I was not all that familiar with Trey Murphy III.

I knew his name, that he had spent two years at Rice and that he had transferred to Virginia for his junior year. He was not on our priority watch list, and I did not have any games penciled in to my schedule to see him play in-person. To put it simply, he was a player that was somewhat irrelevant to me, at the time. However, that has changed, to say the least, as I currently have Murphy ranked No. 28 on our BasketballNews.com 2021 NBA Draft Big Board.

First of all, I’d like to tip my cap to my colleague, Derek Murray, who suggested I direct my attention to Murphy early on this past season. I remember Derek calling me and saying, “Matt, I really think you need to take a look at this Murphy kid at Virginia. He’s a 6-foot-9 stretch four that’s an absolute sniper. I think you will like him.”

At first glance, I thought: “I like his length at 6-9; it looks as if he has a really long wingspan, can really space the floor and seems to know how to play. However, he is thin, plays a very simple role for Virginia and doesn’t produce a ton. Is he good enough to be a draft pick this year?”

Although I wasn’t anywhere close to being ready to dive all in on Murphy as an NBA Draft prospect, we did put him on our priority watchlist (our list of imminent draft prospects that we keep close tabs on). That was an important step for us to put the proper amount of work in to learn about Murphy, in order to eventually form some type of conclusive evaluation on him. To put this in perspective, a proper evaluation of a prospect doesn’t happen overnight and usually takes months, if not years.

So I kept watching Murphy’s games, and the more I watched, the more I learned. Over time, I went from questioning Murphy for not having enough to his game, to being a full believer that he could be effective in the NBA by playing the exact same way as he had at Virginia.

As I initially identified, he has interesting physical tools as he is listed at 6-9, reportedly has a 7-foot-1 wingspan and shoots the lights out. I also came to find that he had more to his game than just being a floor spacer. He is a versatile defender, as he can really move his feet well and gives great effort on that end of the court as well. He’s also a terrific cutter, and is routinely being set up for those chances because opposing teams constantly focus on taking away his outside shooting. He uses his length and pop to finish at and above the rim on those aforementioned cuts -- in transition or off dump-offs around the rim. He also shows flashes here and there of having good handles (I’d like to learn more about this area of his game).

All in all, I’m excited about Trey Murphy III as a prospect. He has an ability to be a 3-and-D stretch four that can be a switchable defender and finisher at the rim, which is a unique combination of skills and is greatly valued in today’s NBA. Despite coming so far in regards to my personal evaluation of Trey Murphy III, I still hope to see and learn more about him before now and the draft, and perhaps, I will.