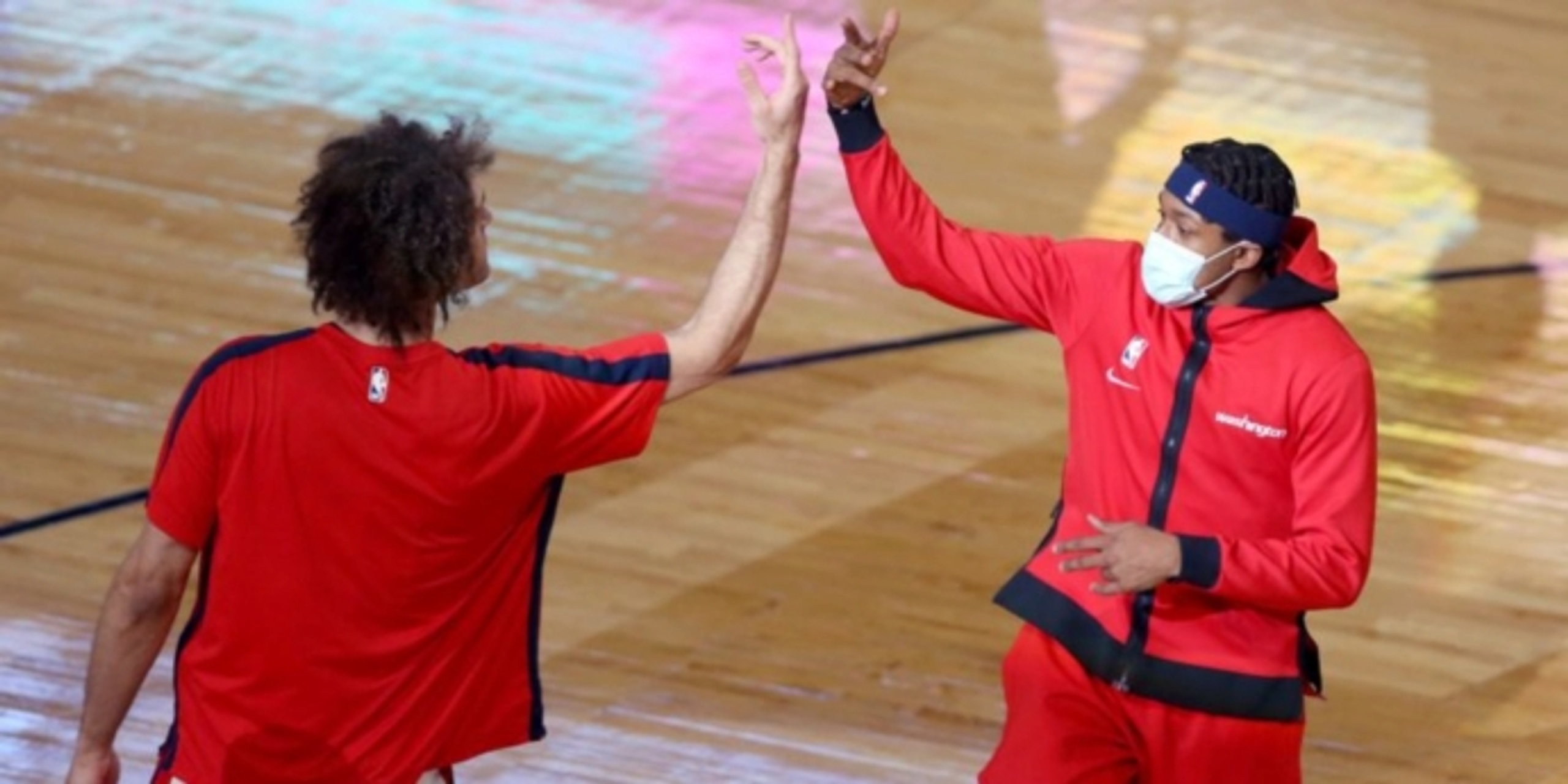 Behind the scenes of the Wizards' COVID-19 outbreak: 'It's been a wild season'

Last month, half of the Washington Wizards’ roster contracted COVID-19.

I was one of the players who tested positive.

At one point, nine of our players were in the NBA’s health-and-safety protocol. We had six-straight games postponed and our facility was completely shut down. Our season was basically put on pause for two weeks while our team got healthy.

It was pretty crazy and unlike anything I’ve ever experienced. It all started in late December, when it seemed like every team that we played over a five-game span had at least one player test positive the day after the game. At that point, we were all kind of looking around, wondering what was going on. We were kind of concerned. On one hand, we were getting tested every day -- twice a day -- so we were like, “No, there’s no way we have it and are giving it to these teams, right?” But that’s when we realized that COVID-19 was bound to hit us at some point. We would talk about it, like, “Man, look at all of these other teams that are dealing with this. This is crazy.”

We all kind of figured that we’d have to deal with a positive test eventually, we just didn’t know when it would happen or that it would impact us to the extent that it did. We had no idea that it was going to hit us so hard.

Once the positive tests started, I think we were all kind of level-headed about it. It was a chaotic situation, but you just have to go with it. At that point, it is what it is. This whole year has forced people to keep re-adjusting 24/7; nobody really feels comfortable and it seems like there’s always something new to deal with. This is just something we had to get through. We knew the risks coming into the season, and we all know more about this situation than we did months ago. Had this happened back in March or April, I think it would’ve been scarier. Now, we all know how serious it is, but there’s less uncertainty and we know what precautions to take. 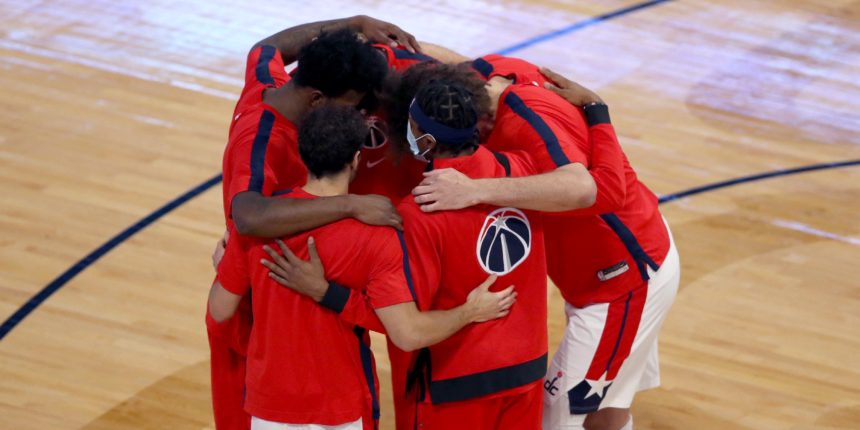 When they told me that I tested positive, I wasn’t surprised. I had already started quarantining, so it wasn’t a shock; the positive test just confirmed my suspicions. I’ve taken COVID very seriously and been very safe since this all started, but I still got it. When I got the news, I wasn’t too scared. I don't know if I’ll have any long-term issues that are related to COVID, but I try not to worry about that since it’s out of my control. My mindset is this: It happened and I can't do anything about it, so I’m just trying to stay as positive as I can, live day-by-day and not worry.

Once I was quarantined, I was just resting every day. I played a lot of Call of Duty and NBA 2K (I’m a big fan of MyCareer mode). I played with my dogs a lot (I have a Pomeranian and a Shih Tzu Poodle). I did a lot of cleaning. I was watching a lot of basketball too -- from highlights to different games on League Pass.

Meanwhile, our games were getting postponed left and right because we didn’t have eight healthy players available (which is the minimum that a team must have in order for a game to be played). It was weird to be off for two weeks while the rest of the NBA was still playing. Robin Lopez said that it was like an extra All-Star break for just our team.

A lot of people have asked me how the NBA’s testing and contact tracing works. Every day, we get tested once in the morning (between 7:30 a.m. and 9:30 a.m.) and once in the evening (between 5 p.m. and 7 p.m.). I live 10 minutes from our practice facility, so it isn’t too inconvenient. The parking lot at the facility has been turned into a drive-thru testing site. There are cones set up, and they come to your car and ask for our name and our birthday. Then, they swab the back of our throat and our nose. It’s not the kind that goes super deep and touches your brain, but they have to put it all the way up your nose in order for the test to be accurate.

With the contact tracing, as soon as we walk into the facility, they give us a little sensor that blinks any time you’re within six feet of someone else. It monitors who we’re around so if someone tests positive, they know who came within six feet of that person. If your sensor shows that you were a “close contact” of someone who tested positive, you enter the NBA’s health-and-safety protocol and have to quarantine too. We even wear the sensors during our practices; there’s a chip in the back of our shorts, so they can monitor who we’re around on the court. We don’t wear the sensors during games, but it’s possible that could change as they continue to get stricter with the protocols.

I definitely feel safe in our work environment. They deep clean the facility and we’re always wearing masks and social distancing. In every corner of our facility, there are free masks available and they make sure we’re always wearing one. They’ve changed a number of things for safety reasons. For instance, we’re not allowed to eat on the airplane anymore unless the flight is three hours or longer (or something like that). That way, we keep our masks on for the duration of the flight. They added a bunch of rules like that in an effort to minimize risk. Our coaches and staff in Washington have been incredible; they are definitely prioritizing our health.

At the end of the day, if you’re going to any job during a pandemic, there’s always going to be a chance that you’ll get sick. I feel like the NBA is doing the best that they can. They’re trying to keep things running under tough circumstances. I believe they are doing everything they can to be responsible and keep us safe. I mean, look at my situation: I was quarantined at home and still getting tested twice a day, even though they know I’m positive! They are taking this seriously and being cautious. And, luckily, guys are healthy and young, so they’re making it through even if they do test positive (like myself).

This is such a strange season, though. The schedule is condensed, so we have more back-to-backs and there are times when we’re playing five games in seven nights. Sometimes, we’re playing the same team back-to-back in the same city, like in baseball. It’s like you’re playing a mini series against that team. It’s pretty crazy, and this is new to all of us.

Also, there are way fewer practices this season. That’s a big difference. We’re playing so much that it’s impossible to fit in practices. And not only does the schedule limit practice time, sometimes our practices will get canceled because the COVID-19 test results are running late or they have to shut down the facility or something. We don’t do walkthroughs anymore either. In a normal year, if we played the Nets in Brooklyn, we’d do a walkthrough on the morning of the game. But we aren’t doing those on game-days this season. You get used to a certain routine in the NBA, but it’s all thrown off this year.

I do think the lack of practice time and the condensed schedule have impacted the on-court product. This season, it feels like a lot of teams are going on big winning streaks or long losing streaks. Some teams have continuity and great chemistry, so they aren’t affected as much and they’re rattling off long winning streaks. (Teams like the Jazz, Sixers, Lakers, Clippers, Nuggets and Grizzlies fall into this category). Other teams have a lot of young players and new guys that are trying to get acclimated and develop chemistry, so this season has been hard. For these teams (including my Wizards), we badly need that practice time to get everyone on the same page and fix issues and teach the young guys. Instead, we’re trying to correct mistakes and work out the kinks on the fly during games, which is difficult.

And not only are we missing the opportunity to build chemistry in practices, we can’t hang out together and bond with each other off the court like we would in a typical season due to the NBA’s COVID protocols. If this was a typical year, we’d all be going out to eat as a team and hanging out at each other’s houses and so on. This season, we can’t do those things. (To be clear, I think limiting those off-court interactions is the right call by the NBA in order to keep everyone safe, but there’s no question it affects our ability to build chemistry too).

It’s been a wild season, but we’re getting through it. Our players and coaches have been really flexible and understanding. We’re doing the best we can to remain professional and make the most of this season despite there being so many changes and things that are out of our control.

Also, some perspective is important: Many people have died or lost their job or been forced to shut down their business due to COVID-19. As NBA players, we know that we’re blessed in so many ways. The way that this virus has impacted me pales in comparison to what many individuals are going through. Fortunately, the NBA family has done a great job of supporting our communities and charitable organizations throughout the pandemic, so we can try to help the people who have been affected the most.