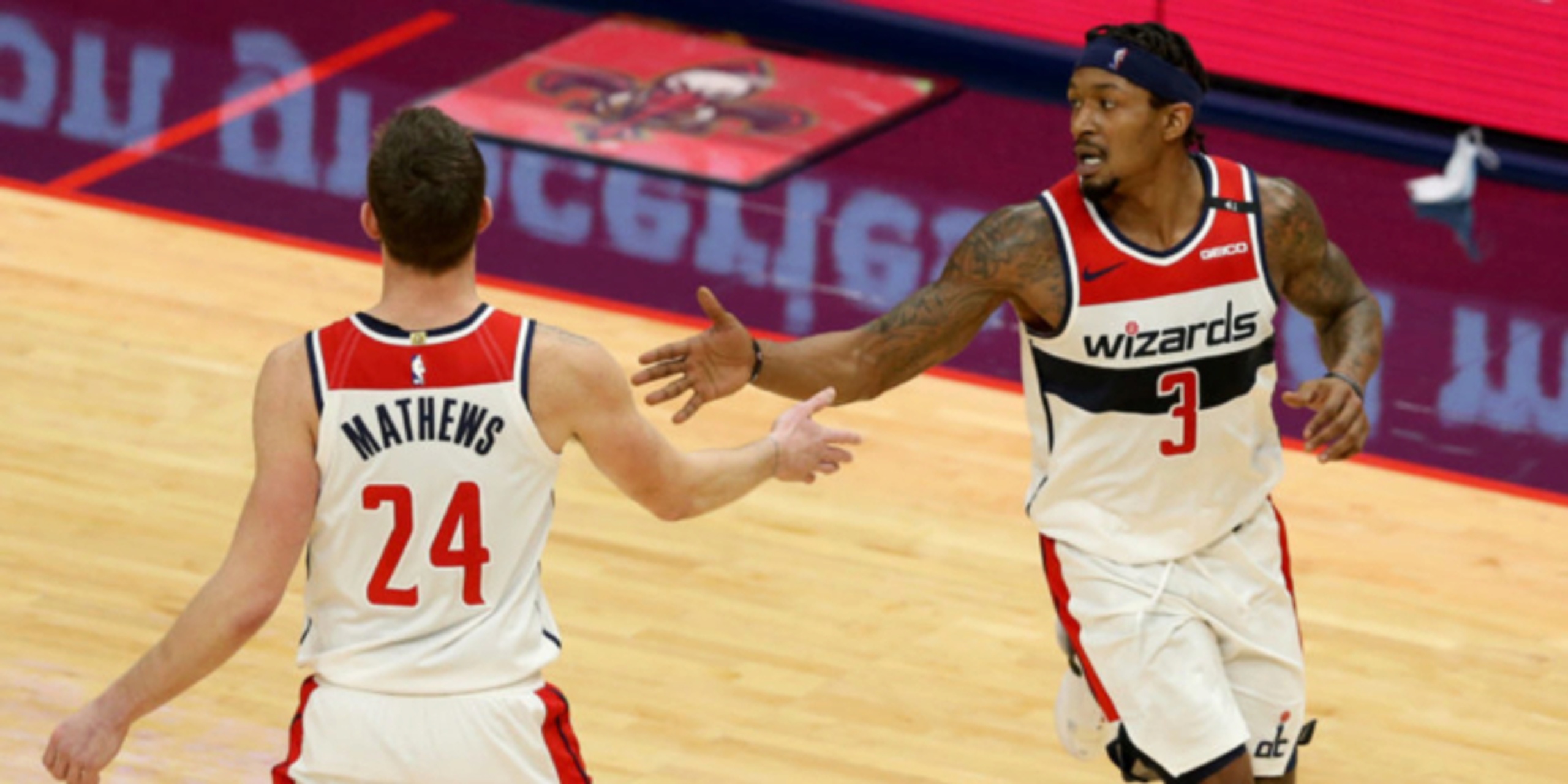 “He is not going to be on the trade market here in the near future and he’s not expressed, really at all yet, that he’s ready to move on,” Wojnarowski said on NBA Countdown. “He has loved that city, that organization, and he’s fought through a lot there. And he’s fighting through a lot right now.”

Washington is now 3-12 after losing to the Atlanta Hawks, 116-100, last night. Beal recently expressed his frustration with the team's play. But according to Wojnarowski, he remains comitted to the Wizards amid the rough stretch.

"I think this is a conversation for the Wizards and Beal that perhaps is had in the offseason," Woj added.

Wojnarowski said that he recently spoke with Beal's agent, Mark Bartelstein, who stressed that the shooting guard is solely focused on helping the Wizards turn things around.

Beal is currently averaging a league-high and career-best 34.7 points per game this season.