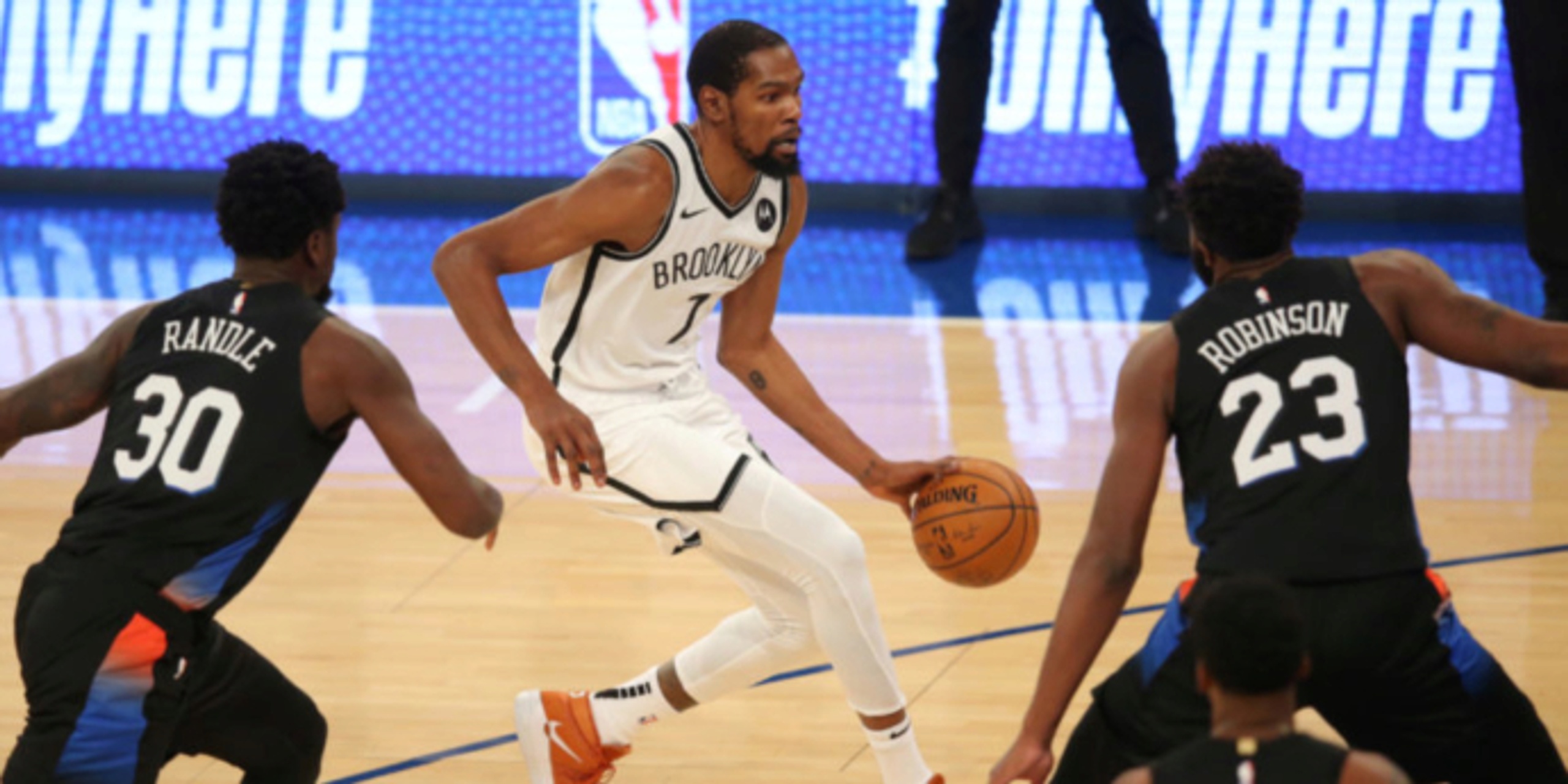 KD, Kyrie, and Harden all rank inside the Top-20 ALL-TIME in career Usage Rate - among every player who has ever played in the league

Career Usage Rate calculates the percentage of team plays a specific player was involved in. With Kevin Durant, Kyrie Irving and James Harden all nearing 30% -- nearly 10% higher than the average player -- it will be interesting to see how they work out together.

Too Many Cooks Spoil The Broth

This is a very accurate description of what the Nets' front office could be feeling right now, especially with a team that is being coached by *vibes*.

It seems like every situation has an old KD tweet to go with it. I’m always curious about who finds them first, and how.

Steven Adams is the most interesting and least problematic basketball player -- no, person-- on earth. Everything he does off the court is as perfect as every time he catches an opposing player who is about to fall.

We joke a lot about James Harden and dancers, but I’m sure he got a fair number of them through a really difficult year in their industry. Some people start worm farms, some keep strip clubs afloat.

The NBA is incredible lol pic.twitter.com/ESTmTOLNAF

James Harden did say he loved the city of Houston, so there is reason to believe he will be back...for the scenery.

My My, How the Turntables

In his defense, Alfred is the only truly likable character from Batman. The difference though, is that Alfred just keeps his head down and does his job.

How Lebron was when he found out James Harden went to the Nets 🏀🤣💀 pic.twitter.com/BK9bb48nze

LeBron either had absolutely no reaction, or it was exactly like this one. There is no in between.

A good pun will always make the list (I’ve been laughing for 12 hours).

Pelicans sophomore Nickeil Alexander-Walker was outstanding against the Clippers.

Once upon a time, the Los Angeles Clippers traded away their entire future, including Shai Gilgeous-Alexander (from Hamilton, Ontario) for Paul George. Last night, Nickeil Alexander-Walker, the cousin of the young star, avenged him. The Lannisters send their regards.

The Mavs are 4-0 since starting Willie Cauley-Stein. pic.twitter.com/ICfAhS6cml

In my professional opinion, Willie Cauley-Stein is one of the coolest players in the NBA, and it’s great to finally see his impact on display.