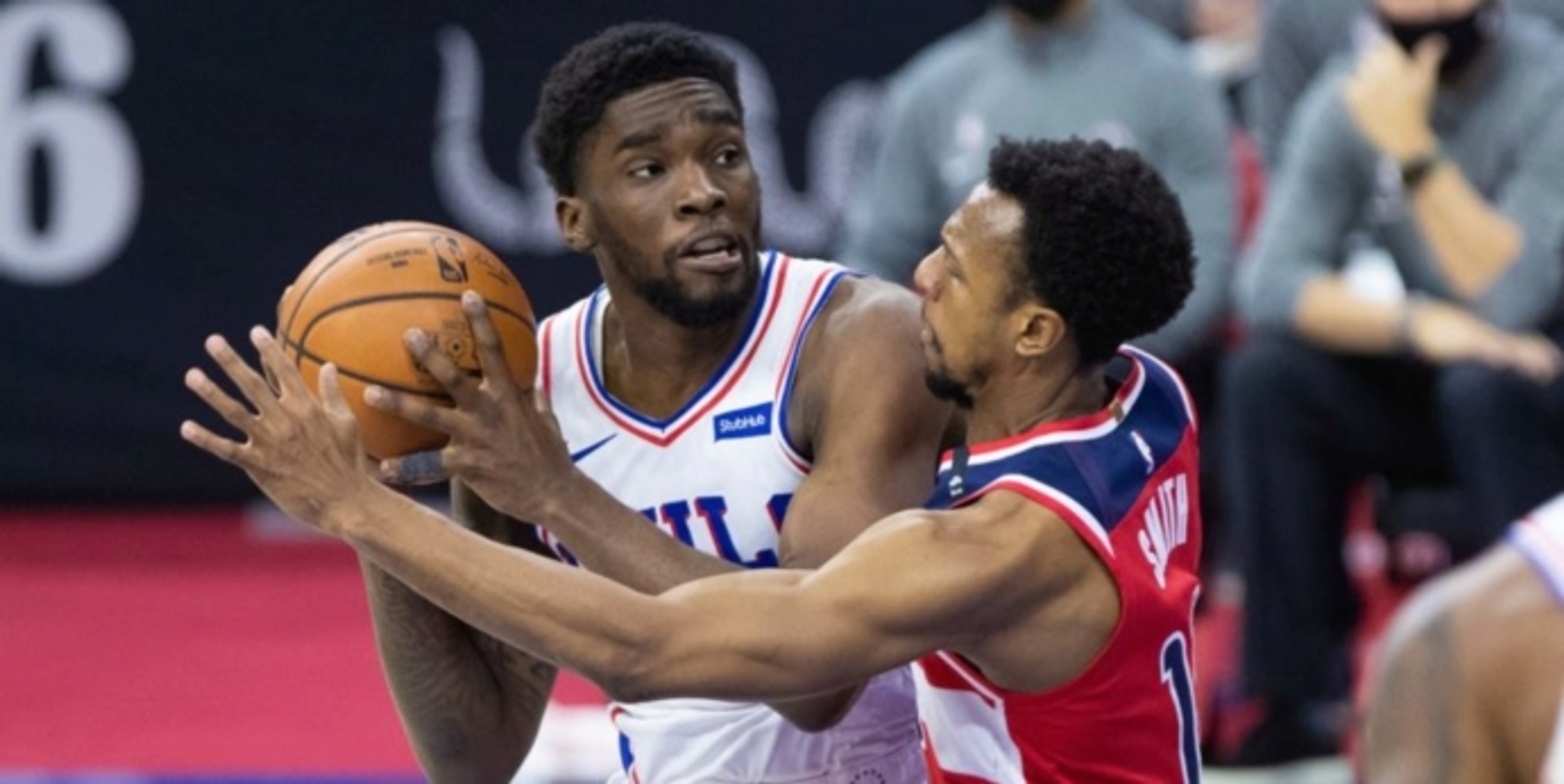 Jaren Jackson Jr. has very specific ideas about what being a 7-footer means pic.twitter.com/caGYypkK3h

Who said chivalry is dead?

Just one, please. Even just to borrow. Preferably Jarrett Allen, but I’m not picky.

Shaq: "I owe you an apology. I wasn't really familiar with your game."

Christian Wood’s ascension from G-League grinder to one of the most sought-after free agents to a key piece of the Rockets' lineup, and now, to ‘person who says what we’re all thinking’ is the storyline of the season.

Signed, A Woman Who Didn’t Ask You

we won’t miss you or your receding hairline. https://t.co/Q0WbWLpt2b

Minnesota Lynx guard Lexie Brown put her own spin on the #BussItChallenge, much to the dismay of someone who couldn’t guard a parked car, let alone Lexie herself. Lexie dunked on him and left him lying on the court. Just another day of ruining sports for men.

Evidently, Wiseman got Bol back for this! https://t.co/dmb3CZaYL9

It’s like if two of those wacky inflatable tube man things got tangled up.

DeMar DeRozan has always been incredible to watch. Somehow, he adds something new to his game every year. This year, it was threes, but he let everyone know he can still score in the paint too, in case y’all forgot.

These Sweatpants are All That Fit Me Right Now

I have been wearing the same outfit as LeBron in this pic for the past 10 months. https://t.co/Ui1Oiu61Ws

This is one of two Dana entries for the day, because nothing has ever been more relatable. Does anyone else have their “going out” sweatpants and then a separate set of “staying home” sweatpants? Don’t lie.

Let It Go, Let It Go

"if everything was different, does this team become a dynasty?" https://t.co/8EFowhRQWH

Stop trying to make “this Celtics team would have been a dynasty” happen. It’s not going to happen.

No Dude, It’s A Bicep

The Gang Models for GQ.

Open for a Surprise

The Philadelphia 76ers have gone from tanking for the No. 1 pick every year to accumulating all of the most lovable young players in the league.

T.J McConnell and his wife, Val, very very recently welcomed their first child. Congratulations to them and the entire Pacers family. Please show us the baby.

Welcome to the NBA

I am a sucker for a large man carrying a small child.