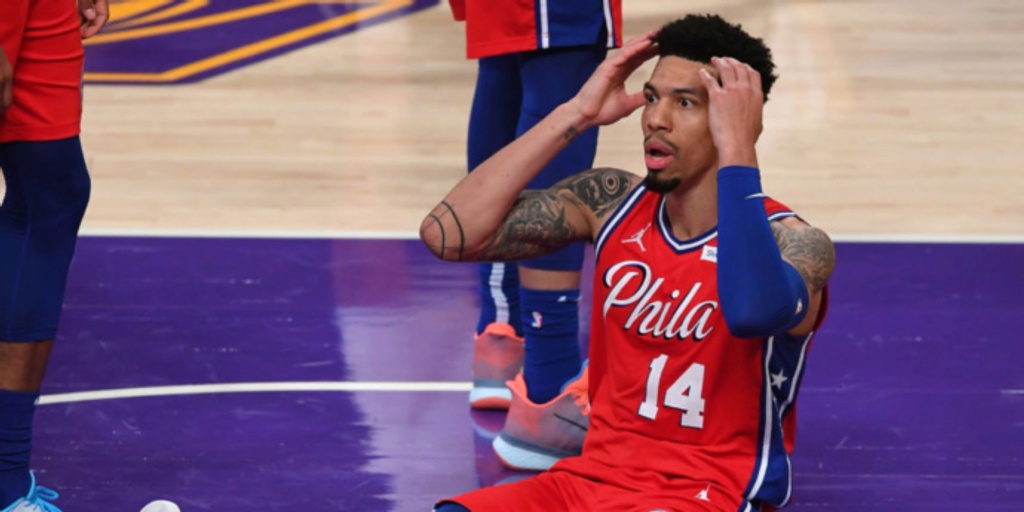 Raptors fans are truly the LeBrons of preparing for the worst, but hoping for the best. And yesterday, like every trade deadline before, we panicked for no reason. Nothing like tradition!

Lou about to have them Magic City wings everyday

Be careful what you wish for. In the case of Lou Williams, his proximity to Magic City basically cost him a chance at a title.

There are three players in the NBA named Gary and they’ve all been traded today: Gary Clark (ORL to DEN), Gary Harris (DEN to ORL), and Gary Trent Jr. (POR to TOR).

What a weird day for Gary’s. (Garies? Garys? Spencer, help me out.)

Portland Trail Blazers center Jusuf Nurkić will make his return to the lineup on Friday vs. Orlando. He's back from a right wrist fractured. Sources tell : Jusuf Nurkić

Seems like everybody has sources these days. On a serious note, it will be so refreshing to see Nurk back with the Blazers on Friday and on his own accord.

One of these things is not like the other!

Players on the Magic hearing their name called to leave Orlando pic.twitter.com/JP432Qj5u7

And then, there were none. Well not none, but it sure feels like almost the entire Magic squad got traded today, and none of them seemed too upset about it.

hello portland: you should know about apollo and odin https://t.co/De1RBn5w9c

It upsets me to see Norm leave, but I find comfort in the fact that he's going to Portland, who will surely appreciate the Instagram he runs for his dogs that includes captions that sound like they were written by the dogs (and birthday party photos).

Congratulations and best wishes to BasketballNews.com’s very own Troy Brown Jr., who is headed to Chicago as the newest member of the Bulls. The Bulls were arguably the winners of this trade deadline, as they acquired not only Troy, but Nikola Vucevic, Al-Farouq Aminu, and Daniel Theis as they head towards a much-needed and highly anticipated upswing.

Roll up your sleeves everybody. For your friends, family & yourself . 👨‍👩‍👦‍👦 pic.twitter.com/k6z8K6Pvz8

The temporary name change. The caption. The calm, cool, and collected photo. What a splash of joy on an otherwise nerve-wracking day.