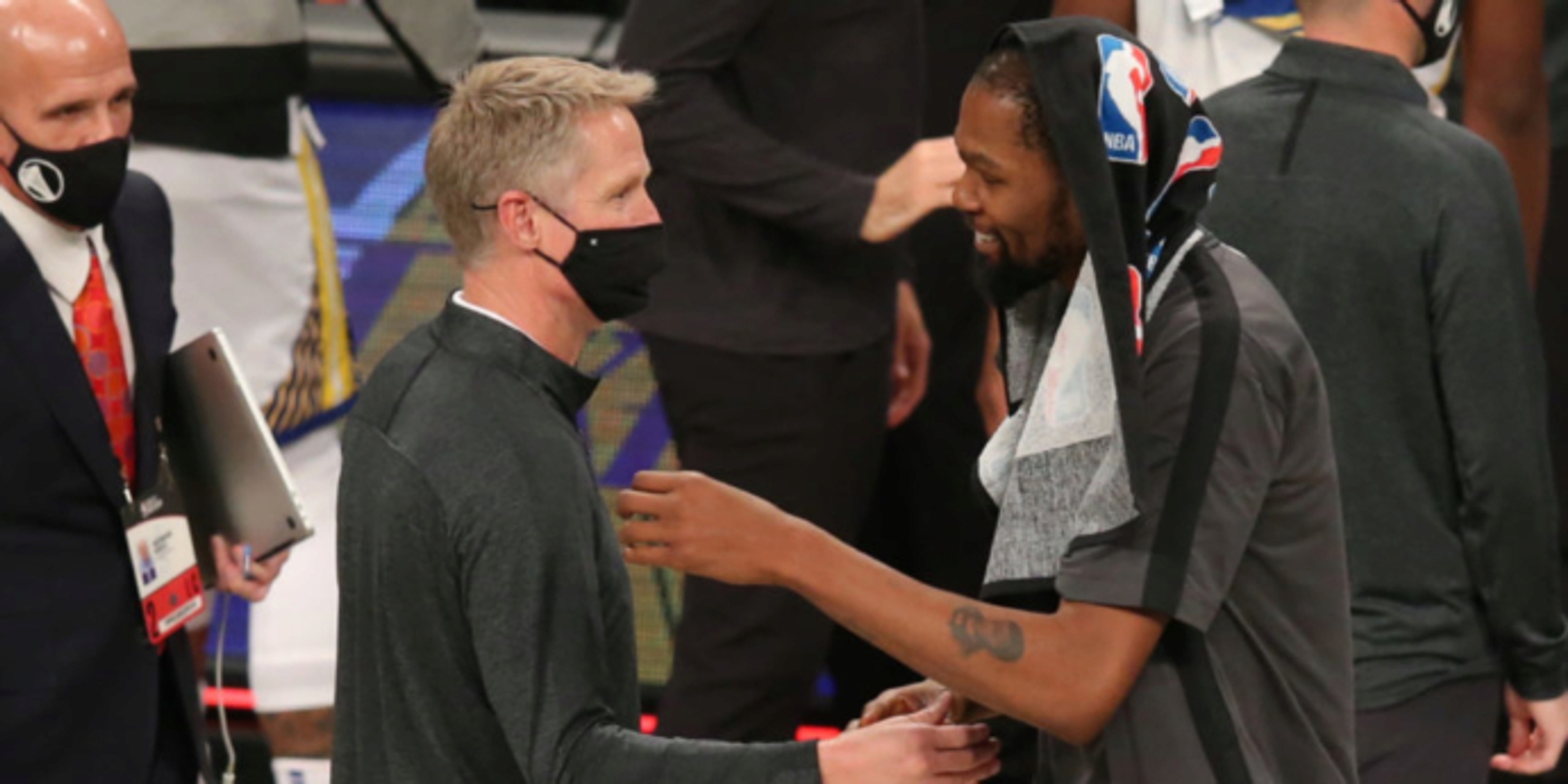 NBA Tweets of the Day: Gotta Be KD

Steve Kerr:"I enjoyed last season, when we had the worst record in the league, more than I enjoyed that last season when we went to the Finals. Last year we had young guys who were trying every day, working hard and we had a great energy, great spirit and great camaraderie."

Even though Steve Kerr clarified his side of the story and cited poor aggregation, still, yikes. If Kevin Durant would like to discuss his side of this story, may I suggest doing so on Dishes and Dimes?

I like Allen Iverson's Instagram pictures but does that mean imma hop on a plane to Philly? https://t.co/YkR2GdnTbw

Speaking of Dishes and Dimes, some people freaking out about this didn’t listen to the exclusive interview with Kyle’s mom, who said that Kyle grew up idolizing Allen Iverson to the point that he rocked the signature braids that Iverson did all throughout high school.

Thank You For Saying It

There’s No relax champ. No relax when I’m on Twitter. I’m on 10 until the second I close the app. You relax!!

Kevin Durant is the most online of all NBA stars, which also makes him the most relatable. Imagine being able to scroll Twitter casually? I want what those people have.