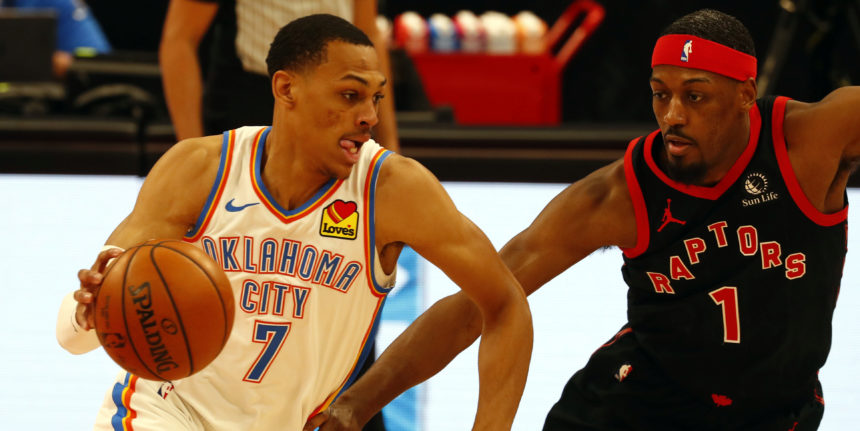 NBA Tweets of the Day: Dreams and Nightmares

This thread makes me want to start drinking wine. I don’t understand all of the “hints of wood and a fruity aftertaste” stuff, because to me, it all tastes the same. But if Melo were to bottle his own wine...

I designed a basketball-themed deck of cards. (1/3) pic.twitter.com/jDFJ1bUOFH

These are so well thought out and detailed and funny and just cool. Unfortunately they have already sold out, but a second drop is inevitable. This is better than Top Shot.

I was 6 years old when I told my dad I am going to play in the WNBA one day. 13 years of giving basketball everything I have and I can finally say ‘dad I made it’ 🥺 pic.twitter.com/7O0yyqQLHD

Could you imagine your childhood dream actually coming true? When I was six, I told my parents I wanted to be a polar bear. I guess we had different aspirations.

Mom: The Raptors have gas!!!

Mom: They have gas cause they didn’t tank

You Reap What You Sow

kid is at home healing from surgery and kerr is saying this uh oh https://t.co/BkekJ5Ks2V

If James Wiseman is completely turned off from professional basketball at age 20, who could blame him? After his injury, the NCAA fiasco, being drafted to a team whose fall from grace has been well-documented, being ridiculed by the media for simply being a teenager, suffering a season-ending injury, and then hearing his coach say this while he's recovering, he has every right to be upset. Maybe the Warriors shouldn’t have drafted a teenager with three college games under his belt second overall and expected him to solve all of their problems.

The best part? Not only did it come true, but she did invite him to the draft room.

The most deserving person I know! Blessed to know you not only as a player but as a person! You have earned this!!! TOP 10?!? The work starts now Steph Buckets!! All love always girl!! Congratulations 🖤🤞🏽 @swatts15 💜💛🙏🏽 pic.twitter.com/t3LZQ9qePr

Where Are They Now?

I remember someone being thirsty for Aldridge, but I didn’t remember it in this detail
Lordy https://t.co/623YmsZvk3

Has anyone checked in on her to see how she’s handling the news?

Paul Watson Jr gets his first NBA start tonight. Here is a picture I took from his first Raptors 905 radio interview. I'm so happy. pic.twitter.com/GRzpHI1SH2

For the first time ever, I am including my own tweet as one of the tweets of the day. Not because it was hilarious or eye-opening, but because I’m just really proud. Having covered him during his season with the Raptors 905 and seeing the work he put in behind the scenes, his willingness to learn and grow -- and just how insanely talented he is -- I never doubted he would get here. Did I expect him to drop 30 points and outscore the entire opposing team by himself in his NBA starting lineup debut? Probably not.