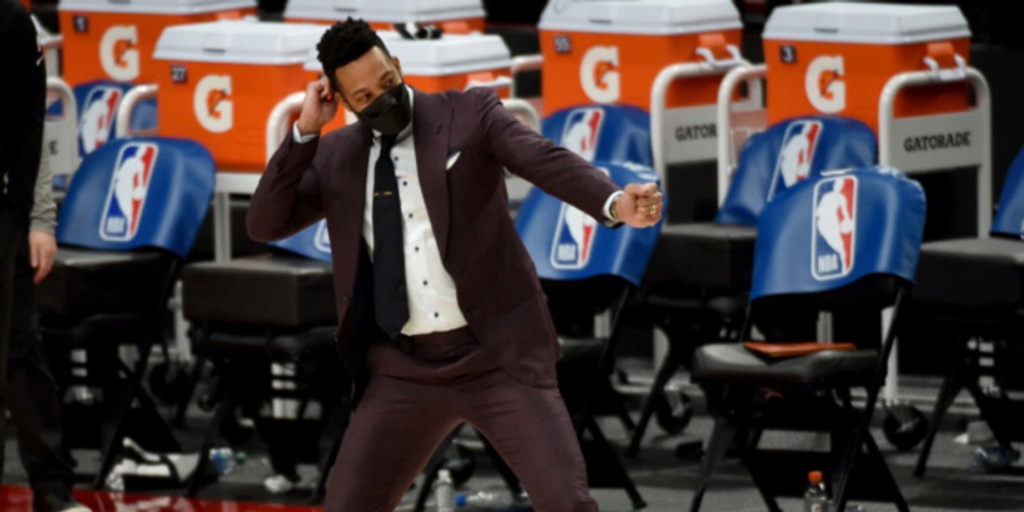 NBA Tweets of the Day: Mishaps, Babies and Name Drops

Without further ado, here are the tweets of the day for March 4, 2021.

Imagine waiting two months for a jersey and then this happens. And then you have to wear it while the Rockets (or Orckets) lose to their former franchise player? Pain.

It’s nice to see Jayson Tatum, or at least his teammates, leaning into the “He’s only 19!” narrative that fans had to endure throughout Tatum’s rookie season.

We Have A Powell At Home

that's not the Powell they need https://t.co/Qwyef9vm3a

It’s funny because noted Buck Hunter Norman Powell was actually drafted by the Milwaukee Bucks, and then acquired by the Toronto Raptors in the Greivis Vasquez trade. Alexa, play “If I Could Turn Back Time.”

“Well, first of all, according to Keith Pompey, I’m scared of [Rudy Gobert] and I’m scared of top centers. So, as we saw tonight, it looks like I was very, very scared of him. So, yeah, keep talking."

Joel Embiid is currently leading the race towards the NBA MVP award, but that doesn’t mean he’s forgotten the name of every reporter who's ever said he wasn’t as good as Rudy Gobert. Yikes.

We Were All Thinking It

Thank you for your bravery.

Imagine you’re in Sacramento walking your cow home and you see a 6’9 dude in Margiela biker jeans and a neon green lifevest running for his life through traffic https://t.co/KR5cymVYkC

It’s entirely possible that someone in Sacramento saw exactly this. No word on if they were walking their cow or not.