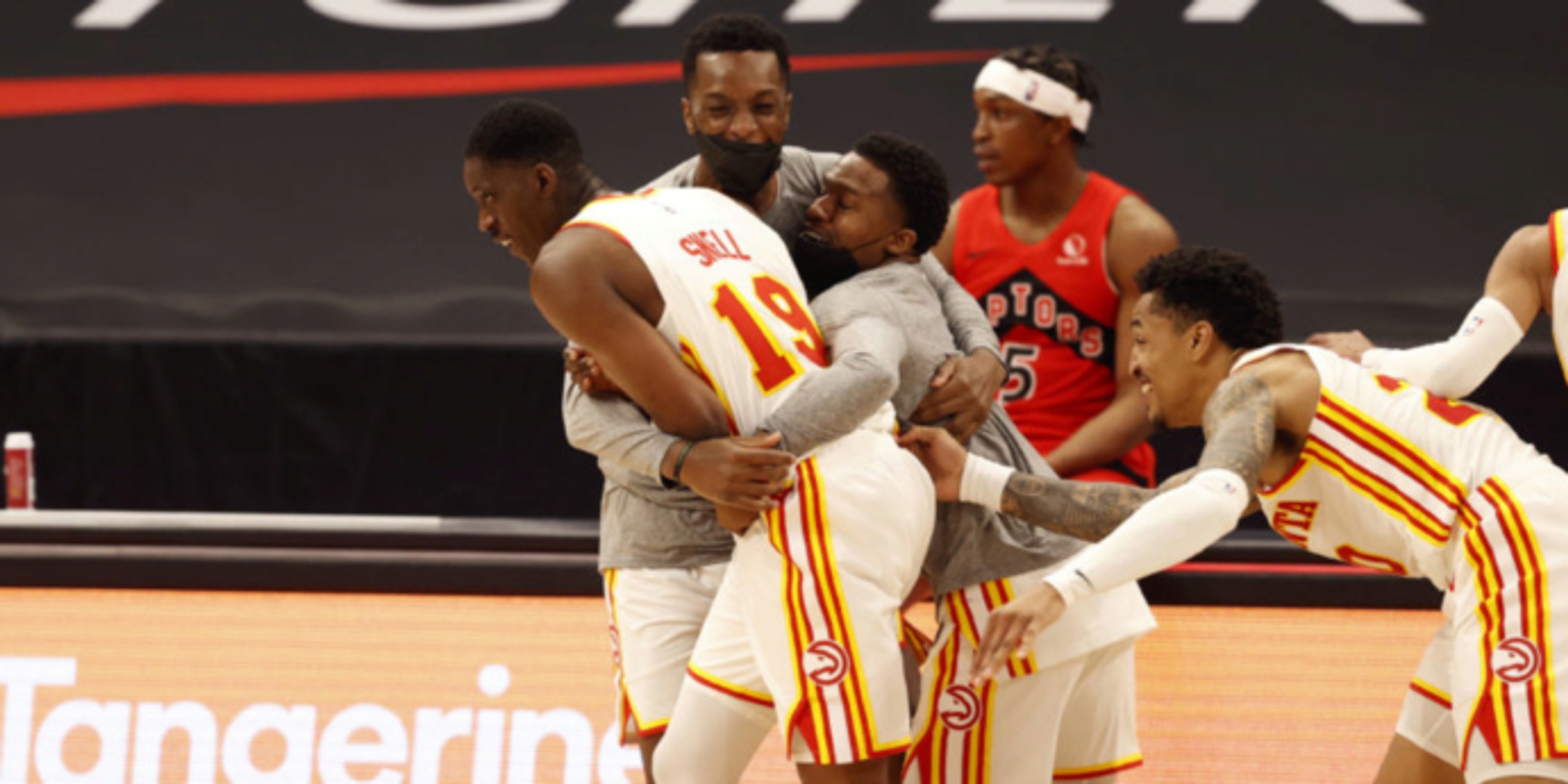 NBA Tweets of the Day: MVP of Everything

One year ago today, Boban Marjanović had 31 points and 17 assists against the Denver Nuggets. The league would shut down due to the fear of Boban attaining his true power.

A super-charged Boban would have flipped the league on its head.

Joel Embiid is probably the NBA’s MVP of both basketball and trolling. Here he is, essentially sticking himself in the trade machine after Tony Bradley scored 14 points against the Chicago Bulls.

Put the Blame On Me

I missed on so many levels tonight

The Atlanta Hawks beating the Toronto Raptors by a single point on a Tony Snell buzzer-beating three was just...kismet, really.

I’m a simple woman. I see a puppy, it becomes the best tweet of the day.

I REFUSE to lose to this dude again pls god ✋🏽 pic.twitter.com/AXcSXKqqLV

I had to see this and feel wildly uncomfortable and now you do too.

"I've always said it throughout my career, I enjoy it more than anything else."

-Kyrie Irving on the fourth quarter

The MVP chants weren’t for nye, as Kyrie’s 40 points gave the Nets a hefty win over the Boston Celtics. You merely adopted the dark. Kyrie was born in it, moulded by it.

Anthony Edwards said he didn’t know it was a tradition to drench a coach in water after his first win. My favorite part of this is Ant realizing what’s happening a little too late, then proceeding to just pour a whole bottle over Finch’s head. pic.twitter.com/YhG1JU3HJC

Anthony Edwards is such a gem. My hope is that Minnesota is actually some sort of basketball Neverland, and he stays like this forever.