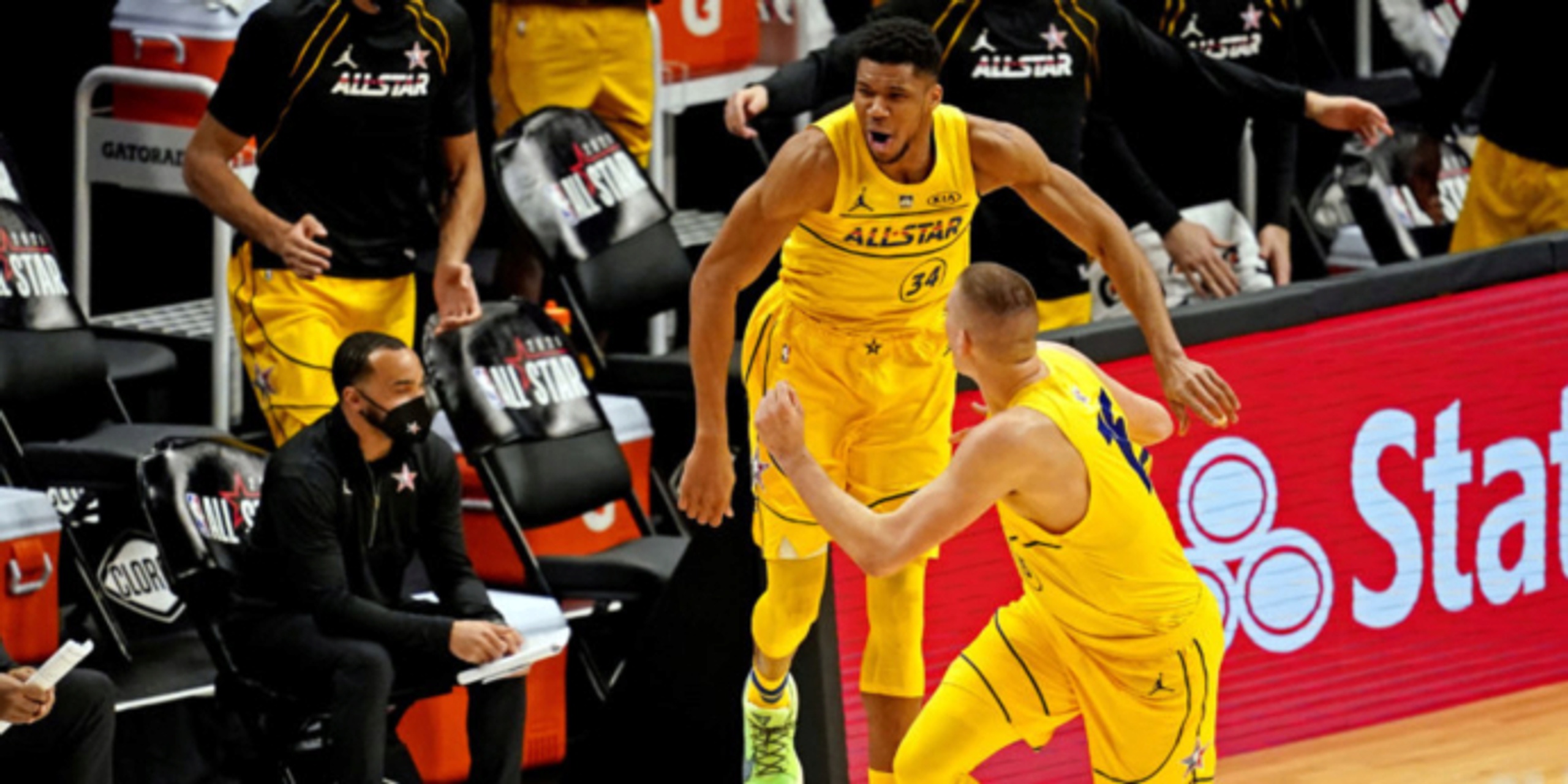 Without further ado, here are the tweets of the day for March 8, 2021.

Any still frame from “NBA Players Reading Mean Tweets About Themselves” never fails to make me laugh. However, never has one stood the test of time like this one.

They even get fined together 😍😍😍 https://t.co/seSSkGKtN2

If I had to guess, I would say that Joe Ingles’ role with the Utah Jazz is “dad who keeps his large adult sons from killing each other.”

Solomon Hill may have figured out why boneless wings (the absolute worst) are still marketed as wings when they are in fact just slightly bigger nuggets. Spoiler alert: It’s money.

The fact that I’ve never even thought about the possibility of there being another “king” in the league says it all. We are more likely to call Harry Giles III “Prince Harry” than to call Paul George “King George” if we’re being completely transparent.

How Quickly We Forget

Another day, another Larry Nance Jr. tweet. This time at the expense of Channing Frye.

dunking on their dad on national TV

There were two dunk contests last night. One was during halftime of the All-Star Game and the other took place during a sit-down interview with Oprah Winfrey.