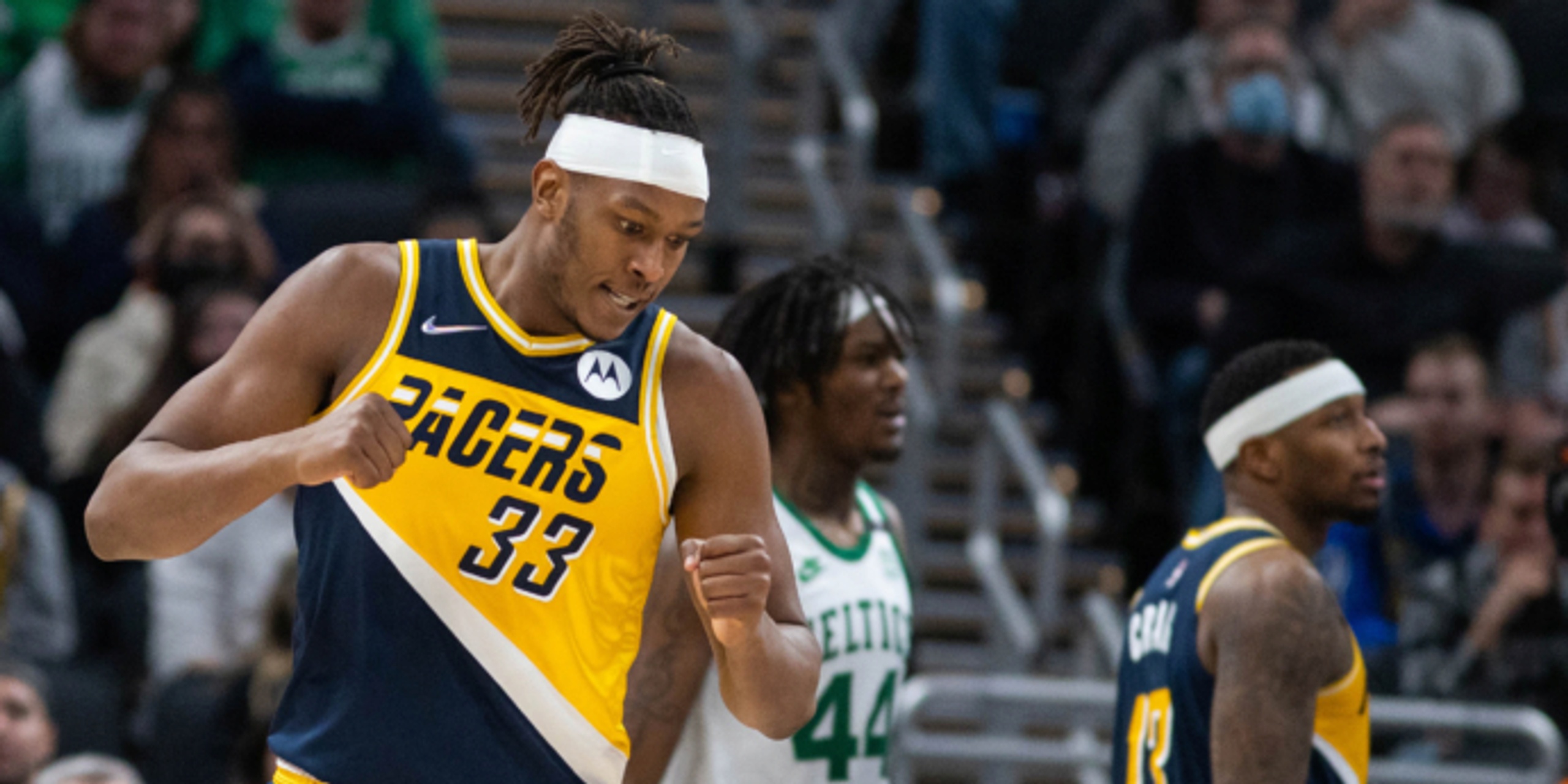 Have the Pacers already determined Myles Turner's future in Indiana?

For years, the trade rumors have been nonstop between Myles Turner and the Indiana Pacers.

But in this latest chapter, things appear to be different.

The 26-year-old center doesn’t look to be in the Pacers’ plans, and it feels like it’s in the best interest of both parties at this point to finally break off from one another.

Even if it didn’t lead to an actual transaction, the Pacers’ aggressive pursuit of Ayton speaks volumes to the tune changing within Indianapolis recently. Extending max offer sheets, let alone to restricted free agents? That's unheard of throughout the ownership tenure of Herb Simon, but the tides seem to be turning towards a new era when the opportunity presents itself the Pacers are going to go for it no matter the price.

So, where do the Pacers and Turner go from here? It’s going to be a rocky road to reconciliation, one that might actually pick up trade conversations around the league instead. How else should Turner view the latest chapter besides seeing the writing on the wall? Indiana did right by Malcolm Brogdon, cooperating with his agent to ship him off to the best win-now destination. We could soon see deja vu with Turner instead being moved by the rebuilding Pacers in short order.

Since the midpoint of last season, Indiana has decided to finally embrace a long-overdue rebuild attempt. Trading away two-time All-Star center Domantas Sabonis to the Sacramento Kings for Tyrese Haliburton, the shift to becoming sellers and prioritizing a full-on youth movement was instant. Post-Haliburton, the Pacers brought aboard Jalen Smith and Aaron Nesmith via trade, and selected Arizona wing Bennedict Mathurin at No. 6 overall to pair alongside their star young point guard.

When Indiana instead chose to chase Ayton at max dollar figures, the franchise kind of already answered the question of whether or not to pay Turner. Smith was re-signed to a team-friendly contract — which included a promised starting spot at power forward — and the internal development of Isaiah Jackson begins to become a pivotal storyline to monitor with his immense two-way upside. With Smith and Jackson ready to absorb heavy minutes on a roster nowhere close to competing next season, it’s a plausible reality to predict that a Turner trade will be the next notable NBA domino to drop.

The curious case of Turner’s value now goes under the microscope because it’s a complicated situation. There’s no denying the game-changing impact Turner brings as one of the best shot-blockers in the league, but his availability has become a recent concern. It’s especially dicey because Turner’s last two seasons were cut short due to foot injuries, which is never something you want to see for a big man.

Also, with Turner now on an $18 million expiring contract, Indiana missed its window awhile ago to flip him at his potential peak value. Now, a potential return for Turner in a trade likely falls into the same category as Brogdon, which features a late first-round pick and maybe a prospect unable to crack a team’s rotation yet.

Here's a hypothetical example of a framework regarding the Charlotte Hornets, an often-rumored Turner destination that could bring back realistic value to the Pacers.

It's certainly not a package that would make Pacers fans giddy with enthusiasm, but it’s the hand dealt for the team's current situation. If the Pacers were to add a fourth first-round pick for next year’s draft, it could further shape their vision as a team fully plunging into the tank race for Victor Wembanyama, Scoot Henderson and other top prospects in the Class of 2023.

Although Turner may not fit the Pacers’ window anymore, his role would make him an easy fit for any win-now organization.

Over the last four years, Turner’s statistics help display his impact while also playing alongside another big in Sabonis: 12.7 points, 6.8 rebounds and 2.7 blocks per game on 35.0% from three-point range. Being able to protect the rim as well as anyone, while also adequately spacing the floor for others, Turner’s presence has the potential of elevating a team looking to be a Finals contender. (Teams like the Miami Heat, Los Angeles Lakers and Toronto Raptors immediately come to mind as potential Turner suitors.)

Indiana’s rebuild has started off strong, much in part to the presence of Haliburton making it easier for everyone else. If Mathurin becomes a hit, the Pacers' backcourt will be set for years to come, and other young pieces to the puzzle should continue to find their footing. And if they were to somehow get some lottery luck next year, this Indiana rebuild projected to take a long time might be much quicker than everyone expects.

Moving away from a stagnated core, Turner is the lone piece remaining for the time being still in Indiana. Caris LeVert is in Cleveland. Sabonis is alongside De’Aaron Fox on the Kings. Brogdon recently joined a top title threat in Boston.

Where exactly will Turner end up soon enough? That’s the biggest question looming out there, as the Kyrie Irving and Kevin Durant sagas continue to lead nowhere.