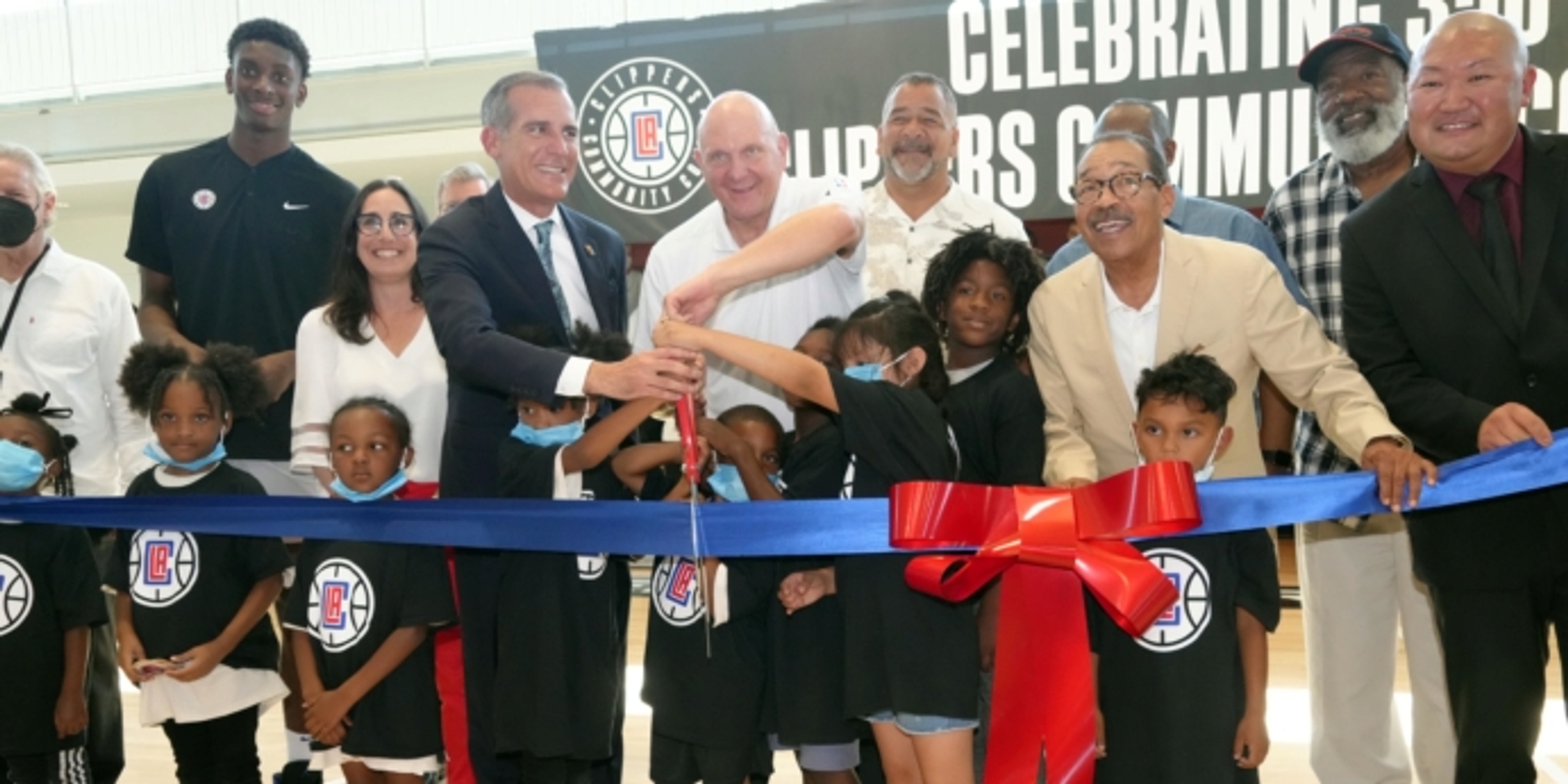 The Los Angeles Clippers have completed the renovations of 350 public basketball courts, unveiling the last of them Tuesday at the Michelle and Barack Obama Sports Center.

The project, which was funded by a gift from Clippers owner Steve Ballmer, took four years to complete and was managed by the Los Angeles Parks Foundation.

Ballmer, appearing at the unveiling of the 350th court, said impacting kids' lives “is really what it's about."

“But if we get a few fans out of it, I’m good with that too," Ballmer said. “We're one fan at a time, we’re scratching, we’re clawing. C'mon, man, that's why we're here. We’re here to win championships, excite fans and help kids.”

The “Clippers Community Courts" have also been used as shelters, emergency child care centers and alternative learning sites during the pandemic, the team said. The Clippers also point to the courts as a way to promote youth sports as part of the city's drive toward hosting the 2028 Olympics.