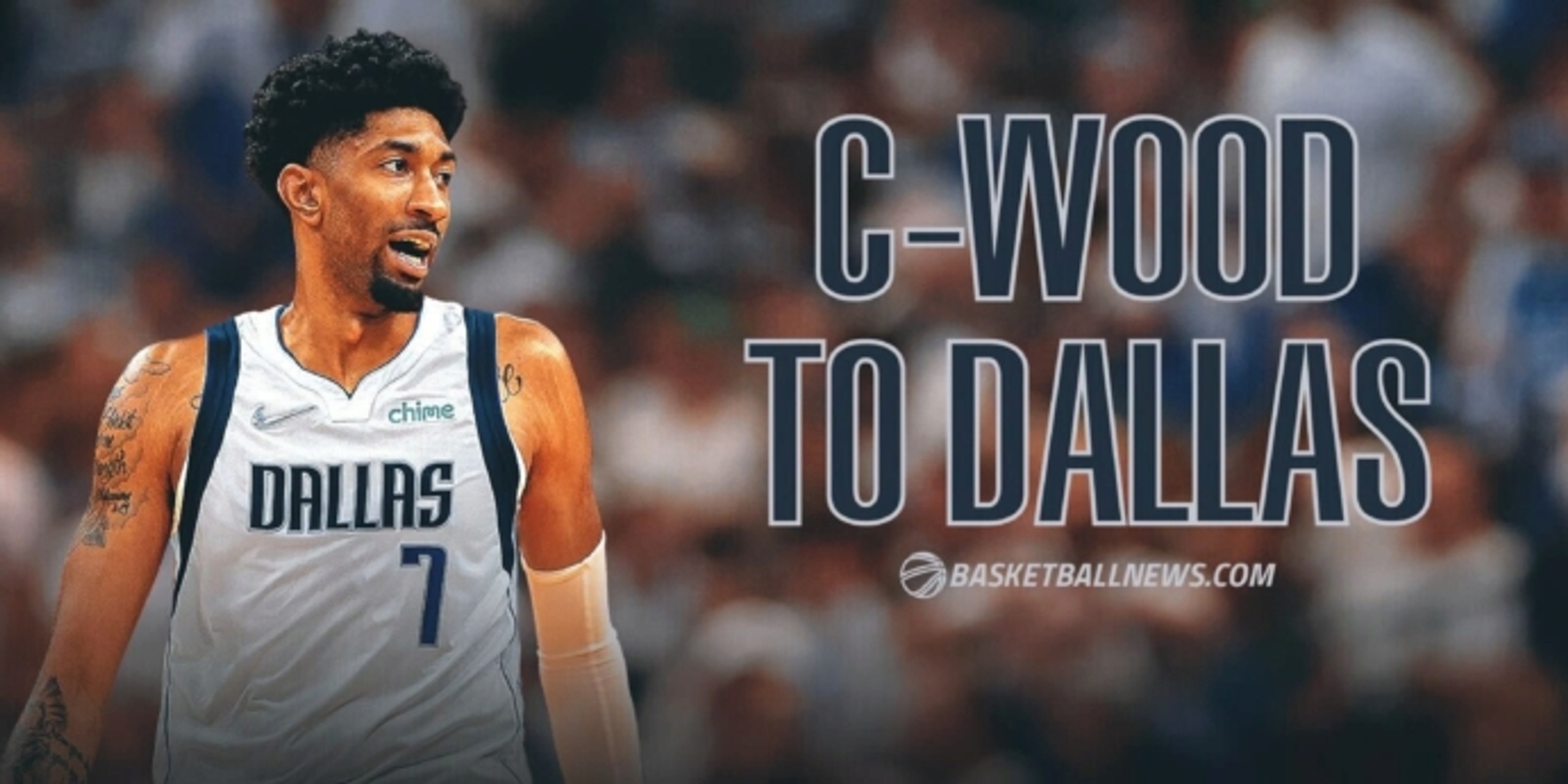 NBA trade season is officially upon us, as the Dallas Mavericks struck first on a major transaction Wednesday night.

According to The Athletic’s Shams Charania, the Houston Rockets are trading forward Christian Wood to Dallas in exchange for the No. 26 overall pick, Sterling Brown and expiring salaries (Boban Marjanovic, Trey Burke, Marquese Chriss). In a vaccum, the Mavericks only giving up that amount for a player who seamlessly fits into their system is highway robbery. Instead of spending a maximum-salary slot on nearly identical production from Kristaps Porzingis, Wood joins Dallas as an instant frontcourt jolt in comparison to Dwight Powell and Maxi Kleber.

Wood averaged 17.9 points, 10.1 rebounds, 2.3 assists and 1.0 block on 59.5% True Shooting last season with the Rockets, proving that he’s a capably consistent offensive threat. The career resurgence of Wood has been incredible to watch in recent years, and now he’s set up to feast with easy spoon-fed looks from his new lead playmaker in Luka Doncic.

Being able to bring Wood aboard for this low of a price is the correct move to make, especially with the Mavs looking to build upon Doncic’s sheer greatness after a run to the Western Conference Finals. If the Slovenian phenom helped boost reserve bigs such as Powell and Kleber, envision what damage Doncic and Wood will do in pick-and-roll situations.

Compared to Porzingis’ tenure with the Mavericks, Wood’s pick-and-roll prowess will be a bit of an easier look for Mavericks head coach Jason Kidd. Wood averaged 1.20 points per possession in these situations compared to a similar, yet continued year-by-year slip from Porzingis (1.17 PPP, 1.12 PPP, 1.10 PPP).

Whether it be in pick-and-roll or pick-and-pop scenarios, Wood is poised to ball out in a contract year for Dallas. And if all goes as planned, it would be stunning to see the Mavericks let Wood walk as a one-year rental. While some may argue that Wood has benefited from producing on a tanking team since James Harden’s unceremonious exit from Houston, there’s no reason to believe there should be any sort of drop-off within the Mavericks’ scheme. Catching lobs and being set up off movement, Wood’s offensive gravity should immediately reach new heights in Dallas.

An angle to examine for the Mavericks, and why this gamble was an easy decision, revolves around how Wood will function within a Porzingis-like role. This season, Wood is making $19.5 million less than Porzingis, which is already a major win. And from a head-to-head production perspective the last two seasons, the numbers prove that Dallas made out like bandits in this deal:

As you can see, there's little to no difference in the stat sheet between the two bigs. With Wood, you also don’t have to worry about debilitating knee issues. (Though, Wood has had his knick-knack injuries before.) An athletic big who can maneuver all around the court, Wood couldn’t find a better fit outside of Dallas. Wood is disastrous on the defensive end, but he’s going to be covered up well by playing heavy minutes alongside Dorian Finney-Smith, Reggie Bullock and Kleber.

There’s little to no reason to spin a negative onto this deal for the Mavericks. If anything, being able to land a talent like Wood for the price they paid is more than worth it before he’s even taken the floor. Anytime you can deal a late first-round pick for a proven rotation player who could potentially average 20-plus points per game next season, you have to do it.

The Mavericks' current rotation looks to be filled to the brim with talent.

Acquiring Wood also leaves so much flexibility for more moves to come with the Mavericks’ roster. Hefty expiring salaries for Powell ($11.1 million) and Kleber ($9.2 million non-guaranteed) remain. Also, Hardaway, Dinwiddie, Bullock and Davis Bertans are on the books with annual salaries exceeding $10 million.

Moving forward, Dallas is in an advantageous position to acquire the next disgruntled star to pair alongside Doncic. For example, let’s say Bradley Beal re-signs with the Washington Wizards on a new five-year supermax contract. If Beal decides within the next year he wants to leave D.C., Dallas could be one of the teams ripe to make a deal because of its endless amounts of expiring contracts — even Wood included — and double-figure salaries; that might include Brunson depending on how the summer shakes out.

And theoretically, Beal could also slide right into the mix in Dallas around Doncic, Brunson and Wood, if Jalen is retained.

Dallas already carried one of the NBA’s most elite offenses last season. Now, by adding in an athletic, floor-spacing big to the equation, expect to see Doncic and the Mavericks’ offense go to another level as they attempt to take a serious step forward.

Having optionality is the name of the game when you have a superstar at your disposal. Doncic makes the team-building process easier, and now, a big like Wood has the chance to fully blossom with the Slovenian star.