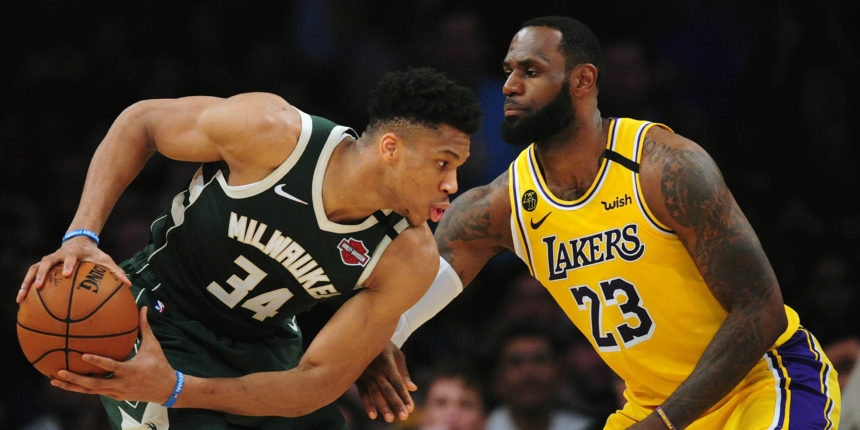 The NBA announced in a press release today:

The National Basketball Association (NBA) today announced that its landmark 75th Anniversary Season in 2021-22 will be commemorated as “NBA 75” and feature the unveiling of the 75 greatest players in league history.

NBA 75 will pay tribute to generations of basketball fans around the world, as well as current and former players and coaches. Throughout the season, the league will also continue its decades-long legacy of supporting the communities where the NBA family lives, works and plays and by improving lives through the game of basketball. Additional year-long celebrations will include special events in team markets, NBA partner activities and limited-edition product offerings. The league’s broadcast partners, ESPN/ABC, TNT and NBA TV, will be commemorating NBA 75 with content offerings throughout the season.

NBA 75 will also see the debut of new Nike uniform designs celebrating the 75th Anniversary Season, diamond on-court elements, Wilson as the new game ball partner, and integration around marquee events such as NBA All-Star 2022 in Cleveland and the NBA Draft presented by State Farm®. Cleveland last hosted NBA All-Star in 1997, when the league celebrated its 50th Anniversary Season.

“The 2021-22 season will be truly special as we celebrate 75 years of NBA basketball,” said NBA Commissioner Adam Silver. “We look forward to honoring the players and teams – both past and present – who have inspired generations of fans around the world.”Initial plans for NBA 75 include:

75th Anniversary Team
A blue-ribbon panel of media, current and former players, coaches, general managers, and team executives will select a new 75th Anniversary Team, featuring the 75 greatest players of all time. The team will be announced in October.

NBA 75 Logo
A commemorative NBA 75 logo, revealed earlier, will appear throughout the season on courts and official NBA merchandise, inside arenas and in original broadcast, digital and social media content. The new logo is a fresh take on the league’s iconic Logoman identity, based in the classic 75th Anniversary symbol – the diamond.

Marketing Campaign
NBA 75 will be a continuation of the “That’s Game” campaign, which launched at the start of the 2021 NBA Playoffs. The campaign will honor the past, present and future of the NBA across the court, community and culture. It will be a 360-degree, fan-focused celebration delivered through linear, social, digital and physical activations as the league ramps up to season tip-off and returns to its traditional schedule.

New NBA Outfitting and Game Ball for 75th Anniversary Season
Nike will celebrate NBA 75 with diamond-embellished jersey details and new Classic Edition and City Edition uniforms across the league. New Era also integrates the 75th diamond embellishment on its 2021 NBA Draft and Tip Off Edition caps.Additionally, Wilson will officially debut as the new game ball partner in the 2021-22 season. Wilson was the NBA’s initial basketball manufacturer and the official game ball for the league’s first 37 seasons.The NBA’s inaugural season took place in 1946-47 and featured 11 teams, including three active franchises: the Boston Celtics, New York Knicks and Philadelphia Warriors (now the Golden State Warriors). The Knicks were part of the NBA’s first game when they played the Toronto Huskies on Nov. 1, 1946, at Maple Leaf Gardens, and the Warriors were crowned the league’s first champion that season. For the latest details on NBA 75 celebrations, including opportunities for fans to participate, visit NBA.com/75 throughout the 2021-22 season.