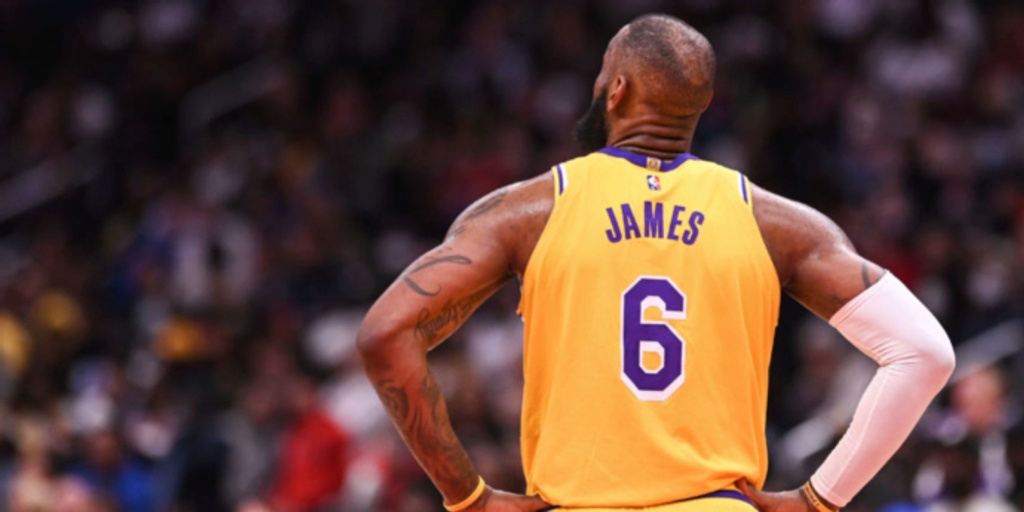 Most NBA teams have approximately 10-12 games left on the regular season calendar. It's all about the playoff races, and as we hit the home stretch, three are worth monitoring.

The Minnesota Timberwolves and Denver Nuggets are tied for sixth place in the Western Conference, with Dallas just above them by 1.5 games. Whoever loses out on this race gets the unfortunate ticket to the play-in tournament with three other teams who simply don't measure up. But just down the standings is a tie between the New Orleans Pelicans and Los Angeles Lakers for ninth. Have the Lakers really fallen this far, and could they fall even further?

The Cleveland Cavaliers and Toronto Raptors have jockeyed for the sixth seed in the East, but the weary Chicago Bulls have sagged into the battle as well. But Brooklyn, Charlotte and Atlanta can at least feel safe in their play-in chances since no one else appears to want a postseason spot.

As the tension increases, several of these playoff tightrope acts appear in this week's rankings.

If you're new to the Sour Rankings, here's a refresher: Unlike the typical "power rankings" that are so common throughout sports media, Sour Rankings are a bizarro-world counter. These rankings highlight the top-10 most frustrating NBA franchises throughout the season, and they are updated every week to match the twists and turns of the league.

Escaping the Sour Rankings: Charlotte currently rides a four-game winning streak and has moved into ninth in the East standings with a real chance at overtaking Brooklyn for eighth place. Cleveland, despite some injury woes, maintains its hold on sixth place and could even jump the struggling Bulls.

Though Houston is among the NBA's bottom-feeders, the Rockets continue to find promise in its young core, led this week by Jalen Green, Alperen Sengun and KJ Martin.

Just as Draymond Green makes his return, Stephen Curry goes down with a foot injury. Curry feels confident that he'll be back to start the playoffs. But the Warriors remain in a tight seeding race with Memphis and Utah, and will now have to sort out the West hierarchy without their centerpiece. Seeding is critical in determining when Golden State matches up against the almighty Suns and if they could catch a play-in team (by being a No. 2 seed) versus a rested playoff squad.

Chicago's offense is in a state. The Bulls wield the 26th-ranked offense in the NBA since the All-Star break and have gone 3-8 out of the pause. Their halfcourt offense is ranked seventh on the season per Cleaning the Glass, but has dropped to 21st since the break and is averaging just 93.4 points per 100 possessions.

Chicago is at its healthiest in a long time with only Lonzo Ball and Patrick Williams sidelined. The Bulls need to get the offense back on track before Cleveland and Toronto shoot past them in the East standings.

Kyrie Irving, with everything that surrounds his persona and playing status, is the most electric player in basketball right now. I mean, the man is averaging 37.8 points per game since the All-Star break while shooting 55.3% on 9.4 three-point attempts per game. He dropped 60 on the Orlando Magic this past week... and then scored a combined zero points in the next two games because of his playing status.

Could Irving haved turned the tide in a narrow 113-111 home loss to Dallas? I'm guessing so. Is this a preview of how the Nets' postseason could be affected by his own actions? I think so.

So Atlanta is under .500 and has been hovering there for several weeks now. I was listening to Friday's episode of The Dunker Spot, and Nekias Duncan and Steve Jones Jr. forced me to hit the reality-check button on the Hawks.

Atlanta is 7-6 since the All-Star break and has leveled out with an offense and defense that fall around league average in efficiency over the past two weeks. John Collins is now out indefinitely with a finger injury, depriving Trae Young of his chief running mate. The Hawks have two rotation players over age-30 (Danilo Gallinari and Lou Williams) and underwent little roster change in the offseason or at the trade deadline. Yet they have undoubtedly regressed since their breakout Eastern Conference Finals run last season.

What exactly is the read on this team long-term, especially if they go out with a whimper in the play-in tournament? 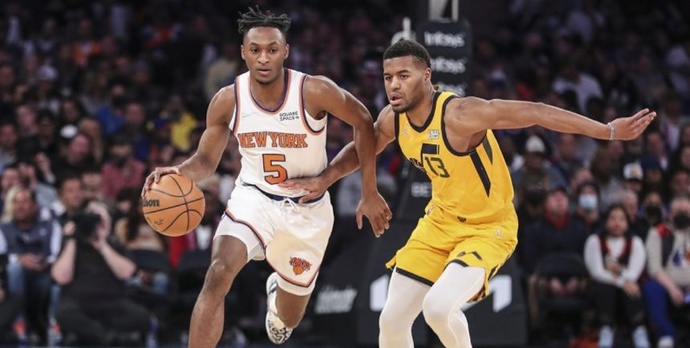 It's bizarre to see the Knicks, Pelicans and Lakers all sitting together at 30-41 after what feels like three radically unique seasons. But though New York's playoff chances have all-but evaporated, we're getting some fun moments in the twilight of the season.

Enter Immanuel Quickley. The second-year guard is putting up 14.7 points, 5.5 rebounds and 4.1 assists per game in his last 10 contests. Quickley has finally found his perimeter touch and is making 43.2% of his long-range attempts. New York is 5-5 in March, which is a relative positive given the course of the season, and I'm still very high on Quickley's future in this backcourt.

ESPN's Don Van Natti Jr. published a full report of ex-GM Donnie Nelson's recent lawsuit against the Mavericks on Thursday. Included in the lawsuit is a claim from Nelson that owner Mark Cuban fired him "as retaliation for reporting that Cuban's chief of staff sexually harassed and sexually assaulted his nephew during a job interview in 2020."

This is obviously extremely serious, but additionally, it reinforces a pattern of discord in the Mavericks' front office that is suspiciously intertwined with a history of poisonous culture in the organization. Remember when the Mavericks were investigated back in 2018 and the not-so-heavy punishments laid out? There's no way to properly state how dangerous this trend looks on the Mavs and the NBA at large, especially as the Suns' Robert Sarver situation is still unresolved.

Removing Anfernee Simons due to injury, Portland's four leading per-game scorers in March are: Josh Hart (20.5), Brandon Williams (16.6), Trendon Watford (15.9) and Drew Eubanks (12.0). I don't mean this as slander toward the players at all. Hart in particular has been a force since the trade from New Orleans and the latter three have maximized their real shots at sticking in the NBA. It's more of a reminder of where Portland is right now without any cornerstone young talent or heathy, proven veterans playing.

We've hit that same old slog with the Kings, who are plum out of playoff hope and spring momentum with a 2-8 record in March. Sacramento is one of six teams with bottom-10 ratings on both offense and defense since the All-Star break.

Bradley Beal's upcoming offseason has overshadowed the floundering on-court Wizards. Shams Charania reported today that the 76ers seriously attempted to trade for Beal during the season before ultimately pivoting back to James Harden. The Heat are reportedly a "legitimate suitor" should Beal hit free agency in the summer.

For the n-th time, the Bradley Beal sweepstakes feels more important than anything happening on the court. Washington lost six-straight before beating our top (or bottom, depending on your perspective) team.

The San Antonio Spurs are 5-8 since the All-Star break. Their remaining 10 games include winnable matchups against the Pelicans, Rockets and Trail Blazers (three times) and imposing tasks versus the Warriors, Mavericks, Timberwolves, Nuggets and Grizzlies. Going 5-5 or better in 10 games won't be easy for a young Spurs team that still sits 2.5 games back of a play-in bid.

All of this is to say: The Lakers are somehow making a very safe situation feel treacherous. Eight of their final 11 contests are against top-six seeds. There's a very real chance that this race comes down to the final days.