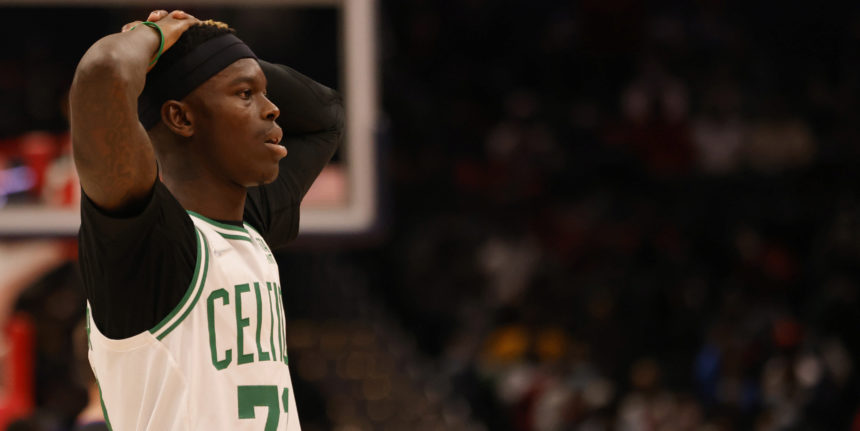 The second week of the NBA regular season is kind of like the "Get Set" portion of a race start. After Week 1, everyone has a universal grasp of what a small sample size is, and tends to be wary of overreacting to a short stint.

Then Week 2 comes, and people are just raring to take the plunge and panic about their favorite respective franchises. It's important to hold the line; we're still not even 10 games into the season yet. But it's still fair to be flummoxed by some of the slow starts so far.

By Week 3... well, I won't tell you how to deal with losing. Let's get to the rankings.

The central question is ultimately this: How good should you feel about the direction of each franchise? Some teams value wins this season and paths to a title, while others are looking down the road at long-term pieces. Let's get into some Week 1 overreactions, shall we?

Escaping the Sour Rankings: The Philadelphia 76ers are 4-2 and boast the third-best offensive rating in basketball (per Cleaning the Glass) despite playing at the slowest pace (per Basketball Reference). As long as Ben Simmons isn't dominating the headlines and the Sixers keep winning, they'll be free of the Sour Rankings. The Sacramento Kings and Toronto Raptors also escape after 2-1 and 3-1 weeks, respectively.

The Trail Blazers are on the cusp of Sour Rankings freedom after a 2-2 week reinstilled some faith in a high-powered offense. Damian Lillard is slowly shaking off his early funk. But on separate notes, shout out to Robert Covington and Nassir Little, who are both canning over 40% of their three-pointers. Portland quietly has a fun little (no pun intended) bench with Little and Anfernee Simons that almost masks its lack of defensive upside.

As I explained in the introduction, rebuilding squads don't make the Sour Rankings if their rebuilding process is going smoothly. That's not quite the case in Houston. Jalen Green has a rockin' 33.7% field goal percentage and is not getting enough on-ball reps. Those mostly go to fellow young guard Kevin Porter Jr., who is leading the league with 5.3 turnovers per game as the point guard transition experiment rolls along.

I also wish Houston would give us more KJ Martin and Armoni Brooks minutes, but maybe that's my own gripe. Either way, it's a good reminder that young teams have their share of bumps along the way.

It shouldn't surprise anyone that the young, retooling Pistons are 1-5. But I understand some of the frustration with Cade Cunningham's injury situation, even if it's smart for Detroit to play the long game. Cunningham scored just two points but played well otherwise in his rookie debut. Unfortuntately, the rest of the team's development process has been underwhelming — particularly around second-year point guard Killian Hayes.

Sure, the Mavericks are 4-2. But many of Dallas' own fans and analysts would tell you the offense has been atrocious. The Mavs have the lowest transition frequency in the entire NBA and are last in rim frequency. I already harped on this last week, so I'll also add that the team is 25th in pace and 27th in assists per game... WITH LUKA FREAKIN' DONCIC! This team only improves in the Sour Rankings because Frank Ntilikina has been a fantastic addition.

Kevin Durant was ejected from Sunday's game for bowling over Kelly Olynyk, which is a bizarre, un-Kevin-Durant-like thing to do. Brooklyn went 3-1, but the three wins against the Pistons, Washington Wizards and Indiana Pacers weren't exactly statement triumphs, and the team also lost 106-93 to the Miami Heat. Interestingly, per Cleaning the Glass, the Nets are 27th in the league in rim frequency and 25th in points per transition play. These numbers make it seem like Brooklyn is really struggling to get easy scoring chances.

The Suns are reportedly declining Jalen Smith's third-year rookie option. Smith was the 10th overall pick in the 2020 NBA Draft, and it's a stunning signal that Phoenix severely whiffed on its last first-round selection. As for the season, the Suns went 1-1 this week. There's a silver lining, though: Phoenix is primed for some positive shooting regression. Devin Booker (28.6% 3PT), Jae Crowder (22.2% 3PT) and Cameron Johnson (34.8% 3PT) are all much better shot-makers than this small sample indicates.

The Celtics must be gassed, having now played five overtime periods in six games. They went 1-2 this week and were swept by the Wizards, including a double-overtime loss in which Boston went 2-for-26 from three. Players continue to shuffle in and out of the lineup due to minor injuries and illnesses, making it difficult for first-year head coach Ime Udoka to find stability in the rotation. Jayson Tatum is also averaging 26.7 points on 25.0 field goal attempts per game. Altogether, an inconsistent start for one of the league's most inconsistent teams.

The Clippers put up a 79-point whimper against the Cleveland Cavaliers and a 92-point dud against the Trail Blazers last week — both teams with traditionally weak defenses. That's a scary sign for the 26th-ranked offense, especially when Paul George (27.6 PPG on 50/37.5/80 shooting splits) is in his element.

Luke Kennard is the only other Clipper shooting over 34% from beyond the arc. The Reggie Jackson-Eric Bledsoe backcourt is a ghastly 17-for-64 from long range. LAC has to find some reliable complementary offense.

While most of the East's playoff contenders figure things out, the Pacers continue to tumble. They lost twice to the Toronto Raptors and once to the Nets, failing to surpass 100 points in any of the three contests. Opponents are taking 31.7 threes per game against Indiana (fourth-most) and hitting those triples at a 37.4% clip (fifth-highest), per Basketball Reference. Meanwhile, a turnover-prone offense languishes in the league's middle tier. Hopefully Caris LeVert's return can spark a surge.

Everything is just snowballing with the Pelicans, who now are one of two teams with a bottom-five offensive and defensive rating despite Brandon Ingram's strong start. They lost all three games this past week by two possessions or less, though that doesn't exactly improve morale.

Rookie second-rounder Herb Jones has joined the starting lineup to add some defense, but it's been touch-and-go for the rest of the young talent. Nickeil Alexander-Walker has a dismal 44.2% True Shooting percentage.