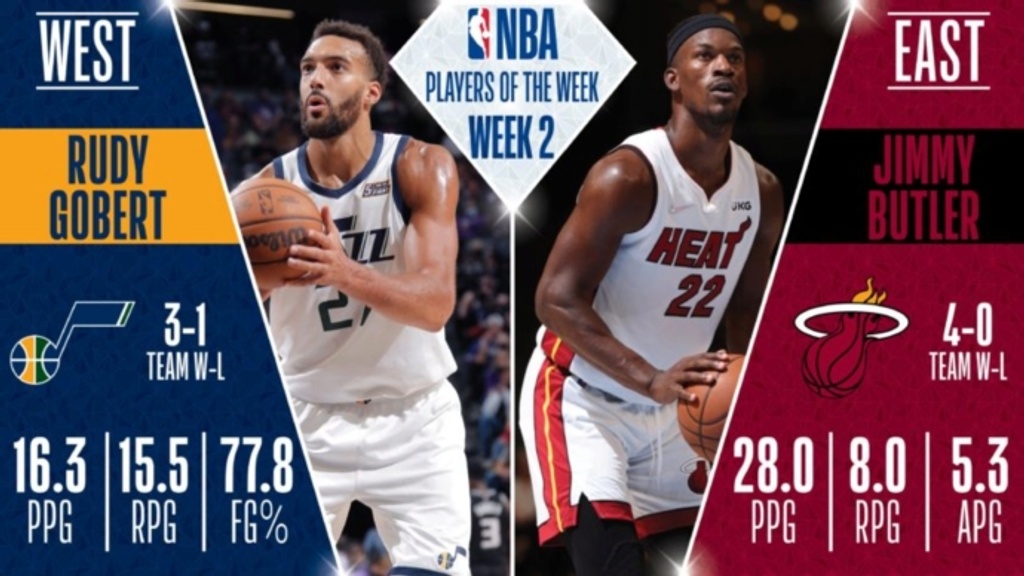 The NBA announced today that Rudy Gobert and Jimmy Butler have earned Western and Eastern Conference Player of the Week honors for the opening week of the 2021-22 regular season. Gobert led his team to a 3-1 record while Butler went 4-0.

Gobert averaged 16.3 points, 15.5 rebounds and shot 77.8% from the field in a dominant week. He logged 23 points and 16 rebounds in a win over the Nuggets and also helped the Jazz beat the Rockets and Bucks. Gobert leads the league with 103 rebounds.

Rudy Gobert (23 points, 16 rebounds tonight) has reached 15+ points and 15+ rebounds in each of his first 3 games this season.

Butler, meanwhile, averaged 28.0 points, 8.0 rebounds and 5.3 assist per game for the revamped Heat. He logged 32 points, ten rebounds, and five assists to help Miami blow out the Hornets on Friday, and is leading the league in win shares at 1.7.

Jimmy Butler drains the pull-up and the @MiamiHEAT are on an 11-0 run on ESPN 🔥 pic.twitter.com/1QXLR7tZjv