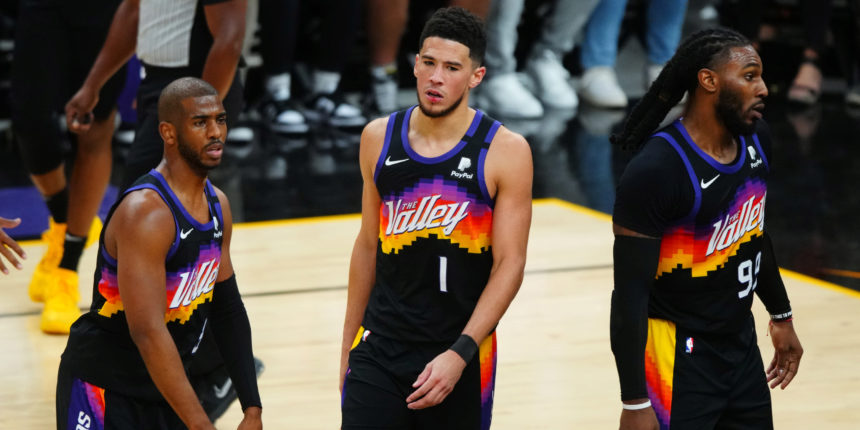 NBA title odds: Who's the favorite? Who's the best dark horse?

The second round of the 2021 NBA Playoffs is underway, and the series odds and title odds are already shifting significantly. Let’s take a look at some of the biggest adjustments.

Let’s start with the most-anticipated matchup of the second round matchup: Bucks-Nets. Most fans and gamblers called this series the “real NBA Finals” since it featured two powerhouses. Unfortunately for fans and bettors alike, the series is looking like a dud through two games, even with the Nets missing star James Harden. Milwaukee lost the first two games in embarrassing fashion, so we’ve seen the series price jump considerably toward Brooklyn.

The other Eastern Conference matchup featuring the Philadelphia 76ers and Atlanta Hawks has been fun to watch thus far. The Sixers opened as -165 favorites at most books before losing to the Hawks in Game 1. The price then came down to the point that you could’ve had Sixers in the -115 range to win the series at PointsBet before Game 2. After Philly took care of business on Tuesday night, they’re now back to being commanding favorites in the series at -250.

One huge question mark heading into the Hawks-Sixers series was Joel Embiid’s health. Would he be able to play and, more importantly, perform at a high level with a partially torn meniscus? Considering The Process had a 39-point, 9-rebound, 4-assist, 3-block performance in Game 1 followed by a 40-point, 13-rebound, 2-steal outing in Game 2, the answer is a resounding “yes!” 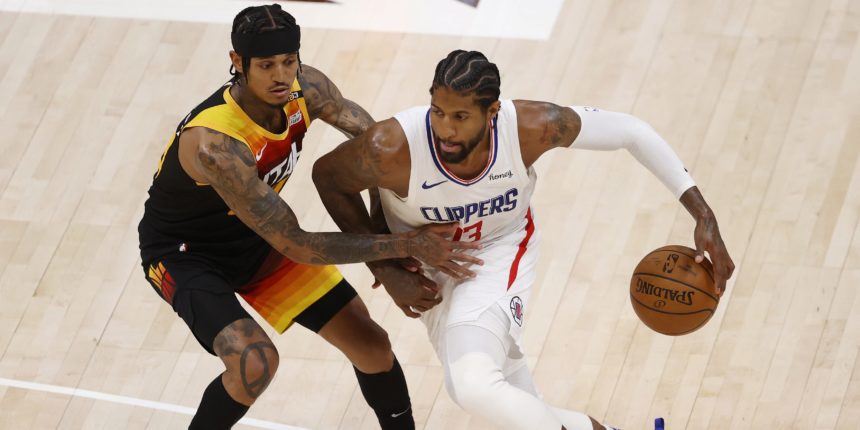 As for the Western Conference, if Game 1 between the Los Angeles Clippers and Utah Jazz was any indicator of what’s to come, we should be in for a fun ride.

The Jazz opened in the -160 range before the win over the Clippers. The odds have now shifted a little more in Utah’s favor, as the Jazz now sit at -210 to win the series at DraftKings Sportsbook. If you do like Los Angeles to bounce back or think this series will go the distance, now would be a good time to grab the Clippers at +170.

For what it’s worth, the betting public seems to have cooled off on L.A.

“Bettors are still shying away from the Clips, probably because of their early exit and string of underwhelming performances in last year’s playoffs,” the PointsBet oddsmaker said.

“The Suns are currently the most popular bet in the Western Conference,” he added.

Speaking of the Phoenix Suns, they looked great in the first two games of their series against the Denver Nuggets. Phoenix’s 122-105 victory in Game 1 put them in the driver's seat to win the series and oddsmakers took notice. The Suns moved from the -220 range to -400 at most books to take down the Nuggets in Round 2. We’ll see if their 25-point victory in Game 2 shifts the odds even more.

There is definitely an opportunity to buy low on Denver, if you see them coming back in this series. Remember, the Nuggets became the first team in NBA history to overcome a 3-1 deficit in back-to-back series en route to last year's Western Conference Finals, so perhaps it’s too soon to count them out.

Two longshots to win the title are the Atlanta Hawks and Denver Nuggets, whose odds are +4000 for both, respectively.

In terms of liabilities, the team from the Mile High City could cause the most damage for the books.

“The Denver Nuggets represent the biggest liability remaining,” Korn said. “The Nets would be a slight win for the futures book, while the Clippers, Bucks, and Jazz winning would all be great results for PointsBet.”

If you are looking for the most updated NBA point spreads before tip-off along with data like which side the pros are betting and which side the public is on, you need to check out BetQL. On a nightly basis, BetQL has the most data to help you win all of your NBA playoff bets.

NBA Roundtable: Which player will make the leap to superstar next?

Nikola Jokic was officially declared the league MVP on Tuesday, and deservedly so. The Joker had a brilliant season, averaging 26.4 points, 10.8 rebounds, 8.3 assists and 1.3 steals.

Even after Jamal Murray tore his ACL, Jokic was able to lead the Nuggets to the third seed in the Western Conference and a second-round postseason appearance. The team lost its second-best player and then proceeded to win nine of 13 games to finish the regular season.

Entering the season, Jokic’s MVP odds were anywhere from 25-1 to 30-1 at most books, making him the player with the longest preseason odds to win the award since Derrick Rose won it in 2011 at 25-1.

The Joker winning was a bad result for PointsBet (which is headquartered in Denver, Colorado), but overall, he was a winner for them everywhere else.