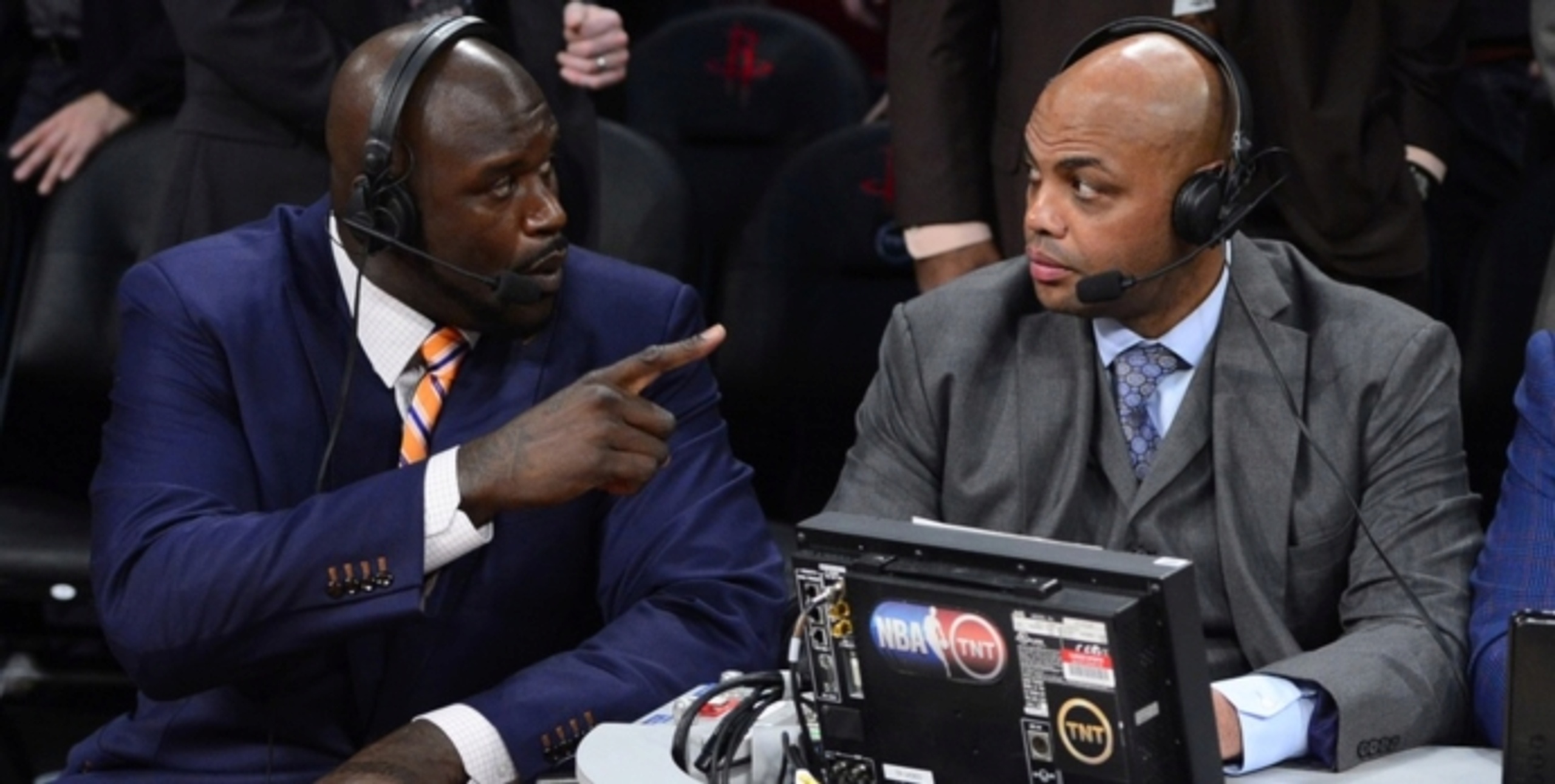 Throughout the entire NBA and WNBA restart in the bubble, player after player has verbalized the importance of arresting the officers who killed Breonna Taylor. They wore shirts with her name and redirected all questions during their media sessions to the importance of this case. Coaches discussed it during their press conferences and called for justice too.

L.A. Clippers forward Paul George told reporters that he would not answer any basketball questions and would only address questions specifically involving the Breonna Taylor case. Denver Nuggets forward Jerami Grant did the same.

Nuggets guard Jamal Murray wore a tribute to Breonna Taylor and George Floyd on his sneakers.

“In life, you find things that hold value to you - things to fight for,” Murray told TNT during the first round of the playoffs. “We found something worth fighting for as an NBA, as a collective unit. I use these shoes as a symbol to keep fighting. These shoes give me life. Even though these people are gone, they help me find strength.” 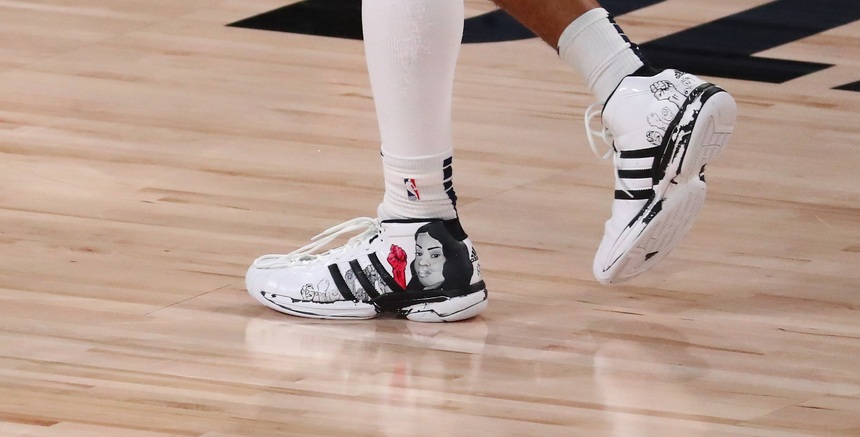 Nuggets head coach Mike Malone told reporters: “I just put myself in Breonna Taylor’s boyfriend’s shoes. I’m in my apartment, wherever I am living. Somebody breaks into my house at 2 or 3 in the morning. I am going to feel like somebody should not be there. … I know we’ve been using our platform down here to try to bring about education and a voice in a lot of players on our team, especially speaking out on justice for Breonna Taylor. We have not gotten that justice. That’s a shame. Hopefully that will change at some point.”

The Breonna Taylor case was on the hearts and minds of just about everyone in the bubble, and players and coaches were using their platforms to make sure the world knew about this case as well.

Then, the moment finally arrived that a verdict was given.

The decision was announced on Wednesday that a Louisville grand jury would indict officer Brett Hankison on three felony charges of wanton endangerment in the killing of Taylor. So, for those who don’t know, that means the cop was charged not for firing the bullets that took the life of Breonna Taylor, but rather for the bullets that missed and endangered people in other apartments.

And, as one would imagine, this news hit the entire NBA world hard.

Los Angeles Lakers guard Danny Green told reporters on Wednesday that LeBron James texted the grand jury’s findings to the entire team as they were preparing to have a team meeting between Games 3 and 4 of the Western Conference Finals. LeBron took to Twitter to comment:

On Thursday night, after the Lakers’ win against Denver that put Los Angeles up 3-1 in the series, James told reporters, “We want justice, no matter how long it takes. We lost a beautiful woman in Breonna. I have a daughter at home and a wife and a Mom and thinking about if they were gunned down… it’s a tragedy. Our hearts are with that family.”

“I wasn’t surprised,” Boston Celtics wing Jaylen Brown added. “I think that this society — the way it was built — its intentions was to never protect and serve people of color initially.“

Many other players took to Twitter to vent such as DeMarcus Cousins, Jamal Crawford, Isaiah Thomas, Montrezl Harrell, Lexie Brown of the Minnesota Lynx, Tianna Hawkins of the Washington Mystics, Layshia Clarendon of the New York Liberty and many others.

The collective NBA and WNBA family was heartbroken at yet another instance of the justice system failing to value a Black life. NBA games ironically resumed with the words Black Lives Matter painted on the court, but absent from reality. In fact, Michael Vick’s dogs received more justice than Breonna Taylor.

Then came Shaquille O’Neal and Charles Barkley’s comments on TNT’s “Inside The NBA” on Thursday night.

Barkley proclaimed live on air that you can't put the Breonna Taylor case in the same sentence as the death of George Floyd or Ahmaud Arbery because her boyfriend shot at the police. He are his exact words:

"I don't think this one was like George Floyd or Ahmaud Arbery and things like that," Barkley said. "I feel sad that this young lady lost her life. I think this one was — the no-knock warrant is something we need to get rid of … across the board. But I am worried to lump all these situations in together.

“And I just feel bad that the young lady lost her life. But we do have to take into account that her boyfriend shot at the cops and shot a cop. So like I say, even though I am really sorry she lost her life, I don't think that we can put this in the same situation as George Floyd or Ahmaud Arbery. I just don't believe that."

Shaq weighed in and said, "I have to agree with Charles, this one is sort of lumped in. You have to get a warrant signed and some states do allow no-knock warrants. And everyone was asking for murder charges. When you talk about murder, you have to show intent. A homicide occurred and we're sorry a homicide occurred. When you have a warrant signed by the judge, you are doing your job, and I would imagine that you would fire back."

Barkley went on to say, "Who are Black people supposed to call, Ghostbusters, when we have crime in our neighborhood? We need to stop the defund or abolish the police crap."

It would be nice if these two respected and beloved commentators would fact-check their positions before they used their incredible platform to give out inaccurate information. Their entire exchange is incredibly inaccurate and it would take two articles to break down the misinformation they spewed, but here are a few points of contention:

1. Barkley, when describing why the Breonna Talylor case differs from other cases he mentioned, simply says “because he shot at the police” without providing any context.

According to the testimony of Breonna Taylor’s boyfriend, Kenneth Walker: “Walker told investigators he heard banging at the door and assumed it was Taylor's ex-boyfriend, Jamarcus Glover. Taylor, who had awoken, shouted, ‘Who is it?’ but Walker said there was no response. He said he and Taylor scrambled to get dressed and that he grabbed his gun, which his attorney has said he legally owns. He said both he and Taylor were yelling, ‘Who is it?’ but received no response. As they made their way toward the front door, Walker said, the door flew off its hinges. ‘So I just let off one shot,’ he said. ‘I still can't see who it is or anything.’"

This is very different than saying, “He shot at the cops first.” Now, I’m not expecting Charles Barkley to go into this level of detail during his “Inside The NBA” segment, but if he is going to comment on this, he has to at least give proper context.

2. Barkley repeats the often-expressed false narrative of “defund” and “abolish” being synonyms. Again, if he is going to comment on this, he needs to be fully educated on the subject or at least the English language. The fact is “defund the police” means “reallocating or redirecting funding away from the police department to other government agencies funded by the local municipality.” That’s it. So, the police are responsible for areas they are trained to be responsible for. For example, issues involving mental health can be left to people trained to handle mental-health challenges.

Dr. Rashawn Ray, a Professor of Sociology and Executive Director of the Lab for Applied Social Science Research (LASSR) at the University of Maryland, College Park, recently explained in detail what defunding the police actually means in an article titled “What does defund the police mean and does it have merit” (which you can read in full here).

“Advocates for the defund movement like Phillip McHarris and Thenjiwe McHarris argue that shifting funding to social services that can improve things such as mental health, addiction, and homelessness is a better use of taxpayer money,” he writes. “This approach further enhances the push to decriminalize and destigmatize people with mental-health conditions and addiction problems.”

Again, I’m not expecting Barkley to go into this level of detail during his “Inside The NBA” segment. But if he is going to comment on this, he needs to be well-informed of the facts.

The NBA and its players hold the entire crew of TNT's "Inside The NBA” in high regard. They have become must-see TV for the majority of NBA players and fans. And I, for one, am all for the exchange of different opinions and discussions and debates. That’s not the issue here.

But giving an accurate and factual portrayal when discussing a topic that is near and dear to the entire NBA world should be a requirement given the platform that O’Neal and Barkley have. Spewing false narratives and giving inaccurate information and drawing conclusions based on those inaccuracies is not only irresponsible but disrespectful to Breonna Taylor, her loved ones, activists fighting for justice, NBA players who took up her cause and everyone else involved.