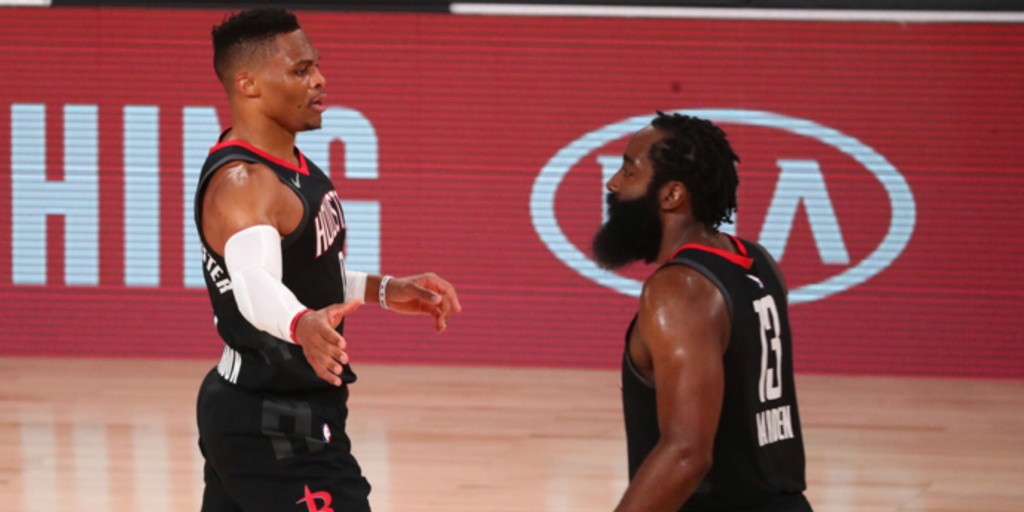 Both James Harden and Russell Westbrook have expressed concern over the immediate future of the Houston Rockets, though neither player has requested a trade.

ANALYSIS: The Rockets have undergone a staff overhaul this offseason, led by the depatures of general manager Daryl Morey and head coach Mike D'Antoni. According to Wojnarowski and Tim McMahon of ESPN, Harden and Westbrook were consulting in the hiring of new head coach Stephen Silas, and both were on board with the move. The Rockets fell in the second round of the NBA Playoffs to the Los Angeles Lakers last season.