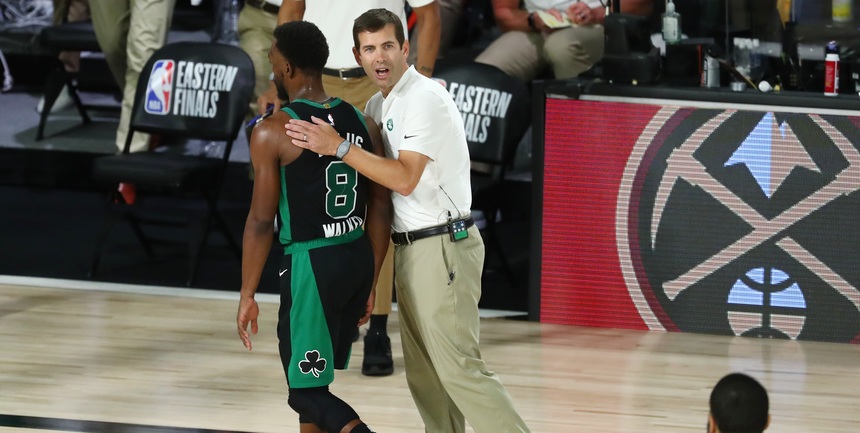 Boston Celtics coach Brad Stevens held a late night hotel meeting with the team's leaders on Thursday to talk through the frustration and emotions that spilled into the locker room after a Game 2 loss to Miami in the Eastern Conference Finals, sources told ESPN.

Stevens met with Jayson Tatum, Kemba Walker, Jaylen Brown and Marcus Smart starting around after 1 a.m. ET, and let those players talk through the issues that had led to significant yelling and outbursts in the post-game locker room, sources said. Among the coaching staff and players, there was a belief that players had sufficiently talked through the issues and were ready to start preparing for Game 3 on Saturday, sources said.

ANALYSIS: The Celtics' frustration boiled over into a locker-room argument following their loss in Game 2 on Thursday night. Boston is down 0-2 in the Eastern Conference Finals series to the Miami Heat. Game 3 is on Saturday and it's a must-win for the Celtics, as no team in NBA history has come back from an 0-3 deficit.