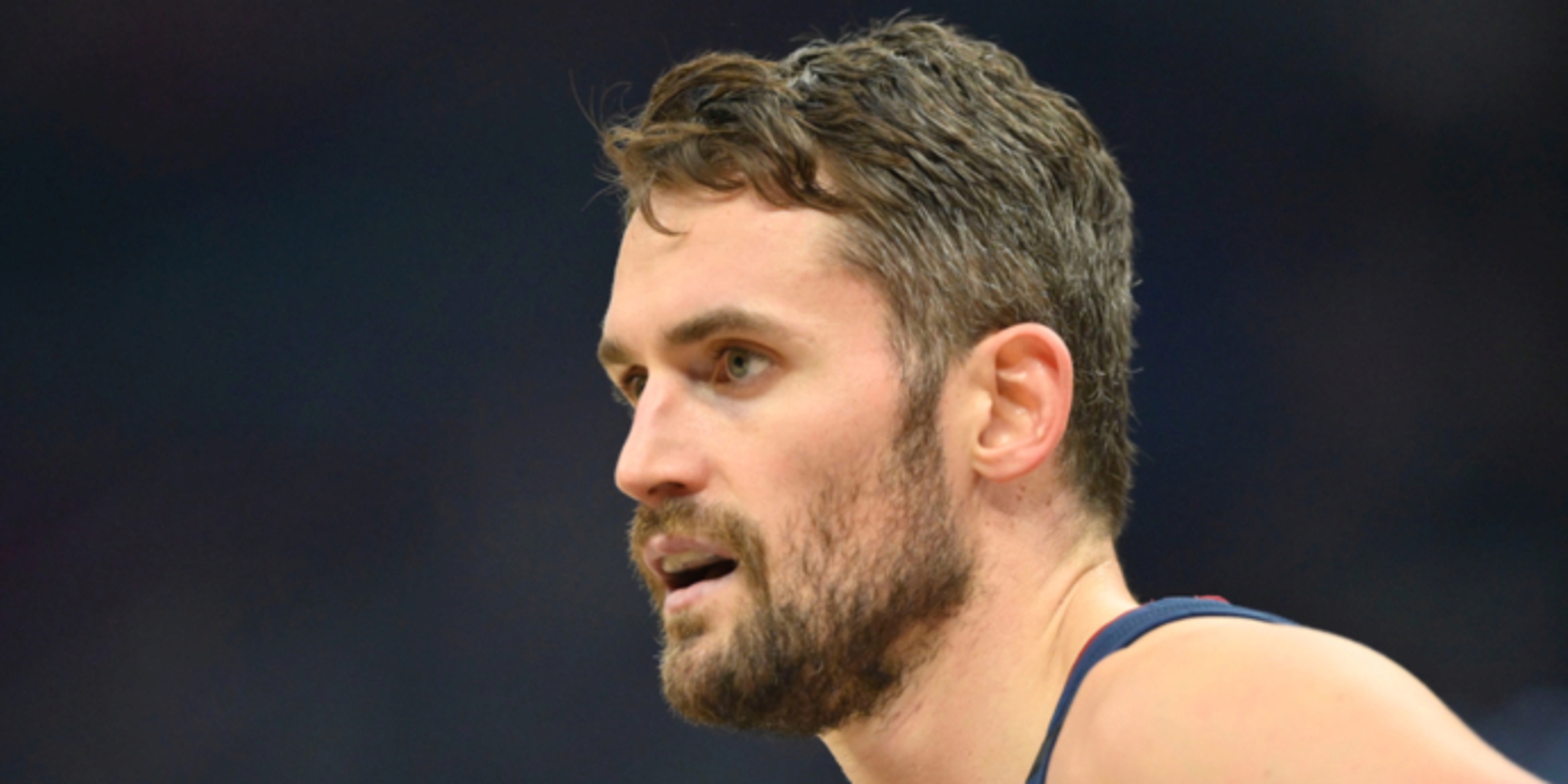 When Cleveland Cavaliers All-Star Kevin Love was asked about Kyrie Irving's latest comments about the media being "pawns" following his $25,000 fine, the veteran big man had extended thoughts on his former teammate's point of view.

"I'll say this. You guys know when I got here [to Cleveland] I kept my head down quite a bit, I didn't look you guys in the eyes, and that was also a lot of how I felt about myself at the time," Love said after Friday's practice. "But the late, great Flip Saunders, he told me: 'Listen, everybody has a part to play.' I was telling [The Athletic's] Jason Lloyd about the four agreements -- not making assumptions, not taking anything personal, being impeccable with your word and always doing your best.

"And I think on both sides if you do that...like, to call you guys or anybody 'pawns,' I've always taken Flip's words into account that everybody has a part to play. This is your guys' livelihood. I'm thankful that we're all working, you guys are all working. I think that goes without saying right now, I love this game. We've been able to pull this off, we're still able to do this [media availability over Zoom calls].

Not my question, but here's Kevin Love's extended thoughts on Kyrie Irving's "pawns" post stemming from a rocky relationship with the media. #Cavs @basketbllnews pic.twitter.com/Jh3NpI3Mli

"At the end of the day, who I am, I just feel like every man, every woman is my superior and that I can learn with them. That's just how my curiosity really works, and I don't have fear with that, I've talked about not having prejudice with that. I try to live by those words. That's how I feel.

"I think that calling anybody a 'pawn' is a sure sign of disrespect. And I understand where Kyrie is coming from in trying to better a number of people's lives, but I'm just not a divisive person, so that's where I stand on that. I love Kyrie. I know he's changed, [don't know] what's going on, but again I'm just not a divisive person. I believe everybody has a part to play, so long as the intent's there and it comes from a good place."