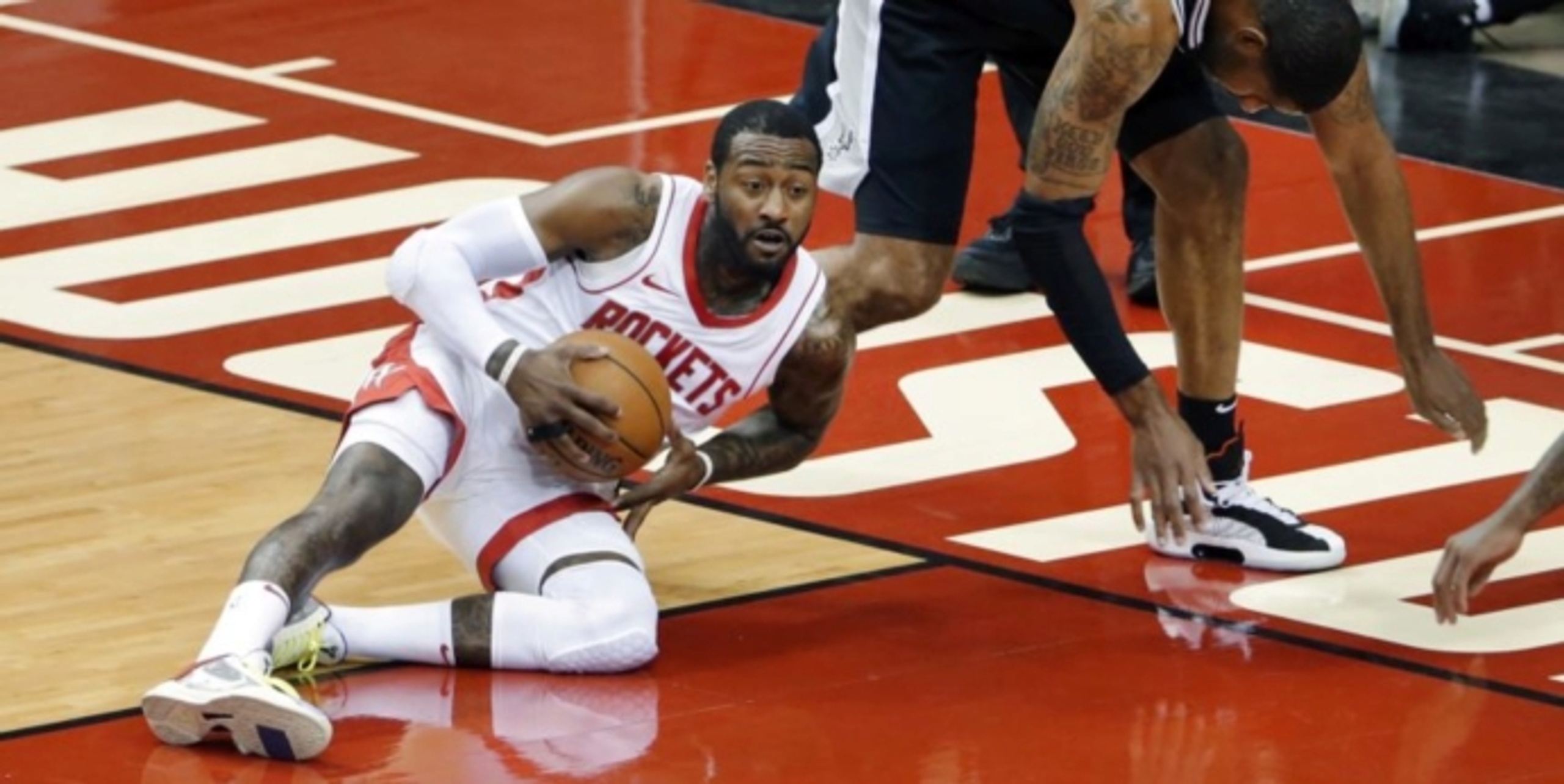 John Wall makes Rockets debut after being out for 737 days

The last time John Wall played in a regular-season NBA game, the top songs on Billboard were "thank u, next" by Ariana Grande and “Sicko Mode” by Travis Scott and Drake. The top-grossing movie (back when theaters were still a thing) was "Aquaman.”

Needless to say, it’s been a long time since Wall was healthy; 735 days to be exact. Wall said that he couldn't sleep on Wednesday night because he was too excited to get back on the court, and he kept thinking about how long it had been since he last played.

His last game was on Dec. 26, 2018, which is when he suffered a left-heel injury that required season-ending surgery. Two months later, he fell in his home and ruptured his left Achilles tendon, sidelining him for even longer.

On Thursday night, Wall put all of that behind him and made his debut with the Houston Rockets. In a 122-119 win over the Sacramento Kings, Wall recorded 22 points, 9 assists, 6 rebounds, 1 block and 1 steal in 37 minutes of action (while shooting 8-20 from the field, 2-8 from three-point range and 4-4 from the free throw line). While he’ll need to shoot better from deep and limit his turnovers (5) going forward, his struggles are to be expected considering he’s shaking off the rust and trying to get acclimated to a new team, coaching staff, system, city, etc. Remember, this is the first time he’s had a change of scenery during his 11-year NBA career.

The 30-year-old had a number of drives where he looked like himself, showing off his speed and explosiveness as he attacked the rim. He made nice plays in transition, which has always been a specialty of his (from 2015-16 through 2018-19, Wall ranked in the top-five in transition field goals per game each year). He had a few dunks where he showcased his quickness and athleticism, which was good to see coming off of the Achilles injury. He connected on a pair of alley-oops to the red-hot Christian Wood (plus a third near-make).

Playing alongside James Harden allows Wall to play off-ball and see more open looks than he's used to, and they'll only get better as a one-two punch the more they play together and develop chemistry. At times, Wall ran the offense and was the focal point when Harden was on the bench (and vice versa). In the final 30 seconds, the lack of experience between Wall and Harden was on display when they collided during an inbounds play (and Harden came up limping).

However, this may be one of the NBA’s scarier offensive backcourts by midseason. After the game, Wall stressed: "My job is to help James as much as possible and make everything a little bit easier for him."

Rockets head coach Stephen Silas is still trying to figure out his rotation, and it’s important to note that this was the first game in which all of his key pieces were available (since Wall, DeMarcus Cousins, Eric Gordon and Co. were quarantining due to the NBA’s COVID-19 protocols). At one point, Silas experimented with a super small-ball lineup -- similar to what we saw from the Rockets last year -- featuring Wall, Harden, Gordon, Jae'Sean Tate and P.J. Tucker. As time expired, Wall celebrated the win by giving a big hug to Silas and assistant coach John Lucas II.

Overall, this was a successful return for Wall.

"I think it was cool," Wall told reporters after the game. "I missed some easy shots, trying to get the rust off. No matter how much I practiced or played in the preseason, it’s a little different when you get in real games. It was great to have some fans out there and great to get our first win. I think we got a long ways [to go] to keep getting better, but we gotta keep coming out and fighting like we did."

The All-Star spent the last two years hearing his doubters wonder if he’d ever be the same player and criticize his large contract.

“A lot of people were like, 'Well, an Achilles is the worst injury and it’s career-ending and nobody can come back from it,’’ Wall told Stadium’s Shams Charania. “They had only seen one person do it, and that was Dominique Wilkins. But they’re going to see more and more guys coming back from it.”

Wall looked great in the preseason and produced in his regular-season return, and Brooklyn Nets forward Kevin Durant has also performed at a high level since returning from his ruptured Achilles. Perhaps Wall and Durant can start to change the way the basketball world thinks about Achilles injuries and dispel the notion that it’s a death sentence for an NBA career.

Also, Wall revealed that he dealt with some complications throughout his recovery process.

“I went through three or four different infections, so it got to the point where [they were saying], ‘OK, are [we] going to have to cut your foot off or not?’ That’s where it got real with me,” he told Stadium.

Now that Wall is back, what can we expect from him this season? A few months ago, one Western Conference executive told me that they believe Wall will once again become an All-Star this year, and added that the conversation surrounding his contract has distracted from his on-court impact.

“I think his return from injury is going to be met with a lot of skepticism around the league, but I wouldn’t write him off just yet,” the Western Conference executive told me in June. “It’s probably more of a ‘prove it’ situation given how much he’s gone through... I could see him becoming an All-Star again. He is very talented. There’s a path for him to be a pretty good player still. This feels like one of those situations where everybody turns on the guy and the pendulum has swung too far in one direction and now he’s underappreciated. His contract may be bad, but he can still play (see: Chris Paul).”

Houston had a tough offseason, with both of their stars (Harden and Russell Westbrook) demanding a trade and turnover amongst their decision-makers, as Daryl Morey and Mike D’Antoni moved on to Eastern Conference contenders. However, general manager Rafael Stone focused on adding an up-and-coming coach in Silas and acquiring key contributors in Wall, Wood, Cousins and Tate, among others.

Wood has emerged as one of the best stories of the NBA season thus far, and he finished with 21 points, 12 rebounds, 3 assists, 2 blocks and 1 steal vs. the Kings (while shooting 9-14 from the field). Through three games, he's now averaging 25 points, 9.3 rebounds, 2.3 assists, 1.7 blocks and 1 steal (while shooting 57.1 percent from the field, 40 percent from three-point range and 70 percent from the free-throw line). He has always played well when given an opportunity and he’s making the most of his increased role in Houston, where he’s a perfect complement for this backcourt.

If Wood can keep this up and Wall can return to form -- plus if role players like Tucker, Tate, Gordon, Cousins and Danuel House play well consistently -- perhaps Houston can persuade Harden to reconsider his trade request and make some noise in the Western Conference this season.