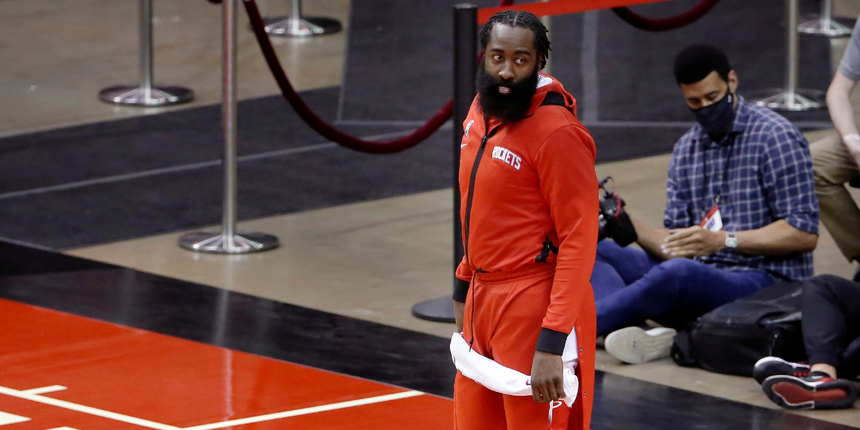 Several playoff-caliber teams in the Eastern and Western conferences tell ESPN that they're finding increased comfort in committing high-level trade assets in talks to acquire Harden. The Rockets have ongoing discussions on several fronts and have been communicating with Harden about those scenarios, sources said.

Several teams tell ESPN that they're feeling less inhibited about trading for Harden without an assurance that he'd re-sign once he can become a free agent in two years.

ANALYSIS: According to ESPN's report, the 76ers have made Ben Simmons available in trade talks for Harden, although those talks are "nowhere near" a deal. The Nets reportedly need to add a third team in order to make a potential trade work.

Until then, despite the desire to move the Beard out of Houston as soon as possible, the Rockets plan to start Harden alongside John Wall next week in their backcourt.