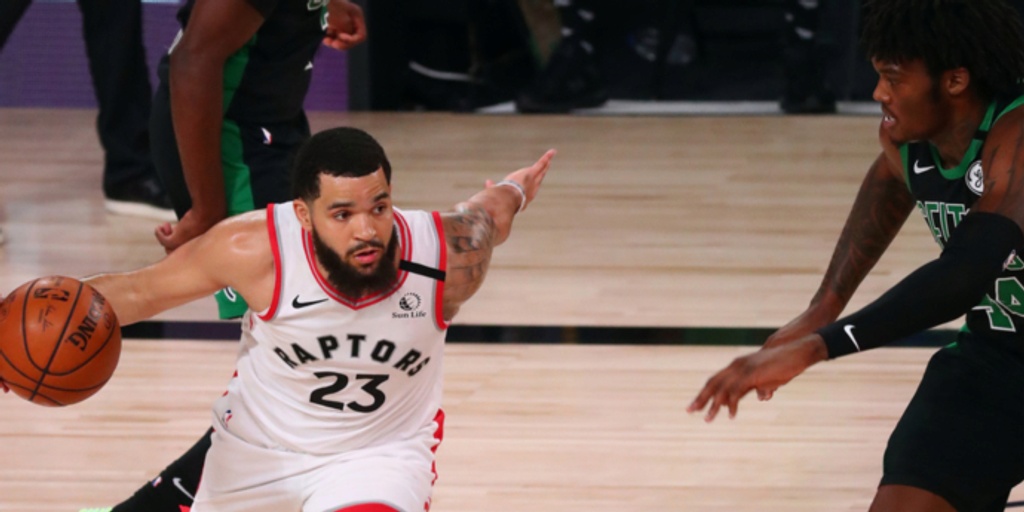 Toronto Raptors point guard Fred VanVleet is hitting unrestricted free agency this offseason, and according to reports, could land a lucrative deal similar to that of Pacers guard Malcolm Brogdon. The New York Knicks are among the teams with serious interest in VanVleet.

ANALYSIS: VanVleet has massively improved every year since he entered the league as an undrafted rookie. The 26-year-old turned a breakout series in the 2019 NBA Finals into a strong 2019-20 campaign where he averaged 17.6 points and 6.6 assists per game for the Raptors. Now he could earn a contract in the range of four years, $85 million (Brogdon's deal). The Knicks have well-documented struggles at the point guard position, and could see VanVleet as both a short and long-term solution.