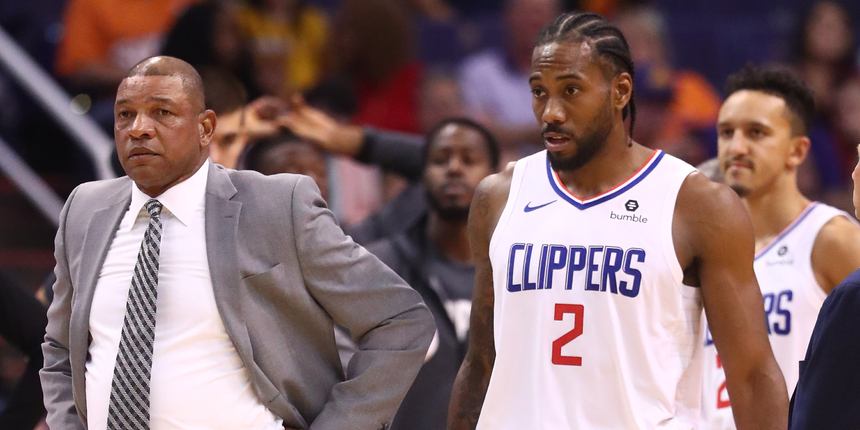 The two stars — [Kawhi] Leonard and [Paul] George — are under contract for one more year, and then they each have player options for the 2021-22 season. Rivers is rightfully being criticized for his lack of adjustments in the series, but discourse on his job status is premature at the moment.

Playing for [Doc] Rivers was a major component in Leonard joining the Clippers. Rivers will be running it back next season, sources said.

But the pressure is on, and the franchise will presumably have to go about things in a more diligent manner next year. The Clippers rubbed opposing teams the wrong way by publicly voicing that their time is now and taking games and practices off in the regular season, believing they could just turn it on when it mattered most because of their abundance of depth. But the most hyped Clippers team in history failed to produce when it was time.

ANALYSIS: There's been a lot of blowback on Rivers for his inability to make adjustments in playoff series, and he took that blame for LA's shortcomings in their shocking second-round defeat to the Denver Nuggets. With that said, this is a roster boasting too much talent and pieces to not make noise next season. Chemistry and getting close with one another, in addition to improving their individual games, should be high on the priority list.

A lot of this hinges on the offseason, though, with a number of key players set to hit the open market.