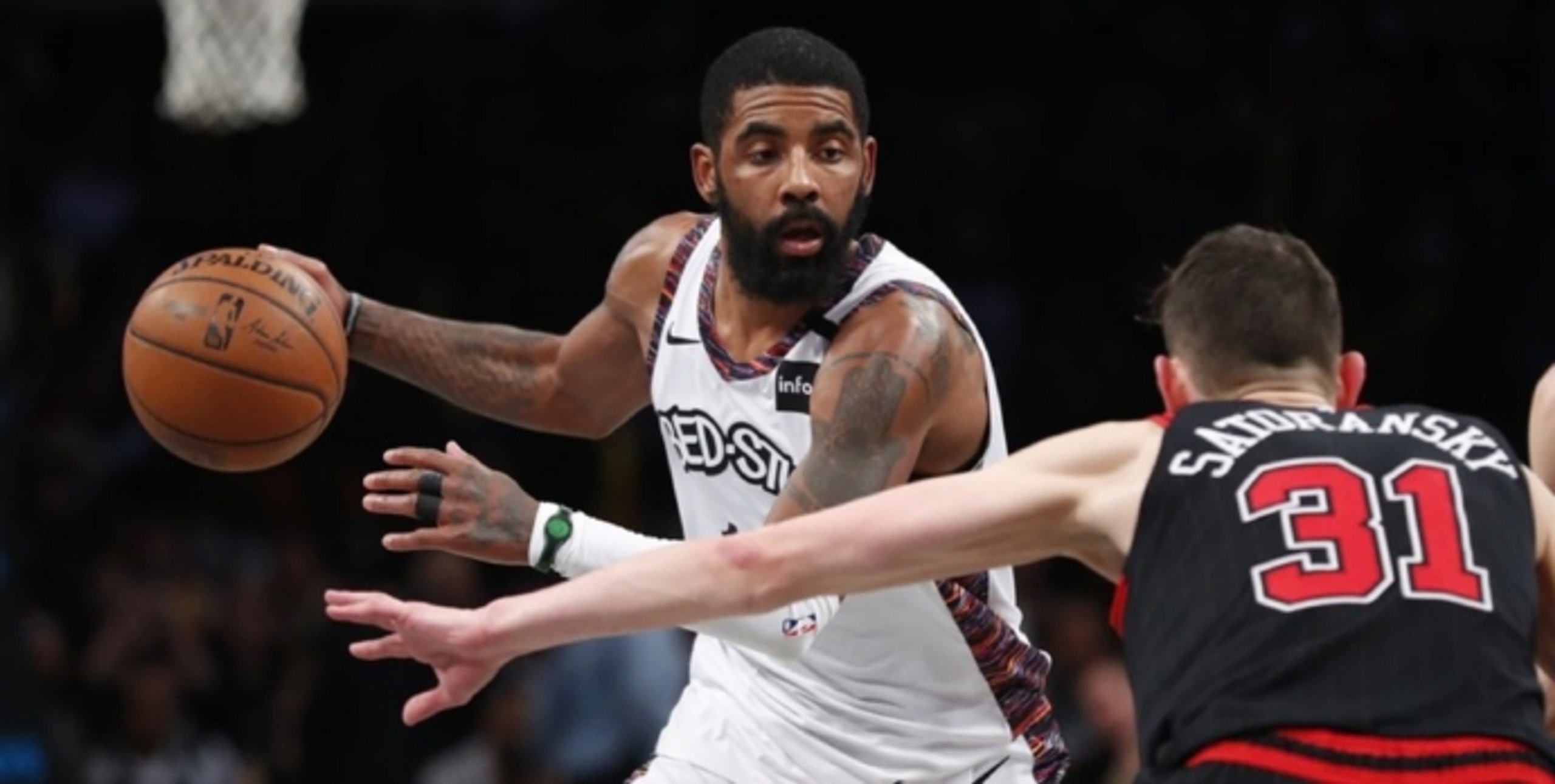 Where was this support when Kyrie Irving suggested boycott?

After NBA players decided collectively to use their voices and platforms to take a unified stand against police brutality following the horrific police shooting of Jacob Blake, praise came from across the nation. Politicians, actors, musicians, journalists and many others expressed their support for NBA players and commended them for demanding justice.

ESPN’s Stephen A. Smith joined in on this, saying that he was so proud of the players.

While Smith is praising the players now, let’s not forget that just two months ago, he said that Kyrie Irving, Dwight Howard and Avery Bradley “sound foolish” for even suggesting that players should take a stand against police brutality and refuse to enter the bubble. He went on one of his overdramatic rants and ridiculed them on First Take, acting as if he was personally offended that they had the audacity to suggest something so “utterly ridiculous.”

“I absolutely do not agree with them. As a matter of fact, I’ll go so far as to say that their position has been foolish, as far as I am concerned. I respect the fact — and I want to make sure that I’m clear about this — I am not talking about if you’re not going back to work because of the coronavirus; I totally understand that. If you choose to make that decision for the well-being of yourself and the family members who you are near, then obviously that has a profound impact and I totally respect and understand that. But that’s not what Kyrie Irving and Dwight Howard are talking about. What they are talking about is [not playing] because of the protests… Well, I'm sorry, if that's a reason not to go to work, black folks wouldn't have been employed for centuries now. That is utterly ridiculous. The fact that racial oppression or racial inequality, brutality on the part of police officers and all of that stuff exists is not an excuse not to show up to work…

"If you have the LeBron James’, the Kyrie Irving’s and others playing their role in bringing attention to these issues, then you hand it off to people that know what to do with that attention and that elevated level of awareness to really provoke the kind of change that we’re talking about here. We seem to think that, excuse me, just protesting and raising holy hell is going to get done what we need to get done. That is not the answer, and certainly it’s not refusing to show up because of that issue. …  It makes no sense for somebody to sit up there and say, 'Don't show up to work because of that.' No! I totally disagree with Dwight Howard and Kyrie Irving and I suspect that I’m not alone, that a lot of people agree with what I’m saying.”

Max Kellerman tried to break it down for Smith, showing him the error of his ways, but he still wouldn’t budge. How ironic is it that a white man tried to explain to a Black man the significance of what Irving, Howard and Bradley were trying to do? Kellerman talked about how this was connected to the bigger picture of Black entertainment being used in the history of this country while conditions for Black people were not improved, specifically as it relates to police brutality. He said that he respected their position that they didn’t want to be a distraction and take away from the movement gaining momentum across the country after the gruesome murder of George Floyd.

A white man shouldn’t have to break that down for Stephen A. Smith. But after Kellerman made his eloquent points, he still didn’t get it. Smith immediately pivoted to discussing the money that they were giving up and seemingly missed the entire point. He repeated that what Irving was doing just “didn’t make sense,” despite Kellerman’s detailed explanation.

Then, Smith attempted to shift the focus to Irving somehow undermining Chris Paul and LeBron James by forming a separate Players Coalition and not going along with the Players’ Association vote to start the season. Because Smith disagreed with Irving’s position, he attempted to pit him against his NBA brothers.

Then, Smith said (and I quote): “It’s about making sure you know what you’re talking about before you open your mouth.”

When you disagree with someone, that is the most insulting response you can give. It’s demeaning. Belittling. Rather than acknowledging that they just have a different opinion than you, this suggests that they need to be educated so that they can fully understand how ridiculous their position is. How dismissive and insulting was that? 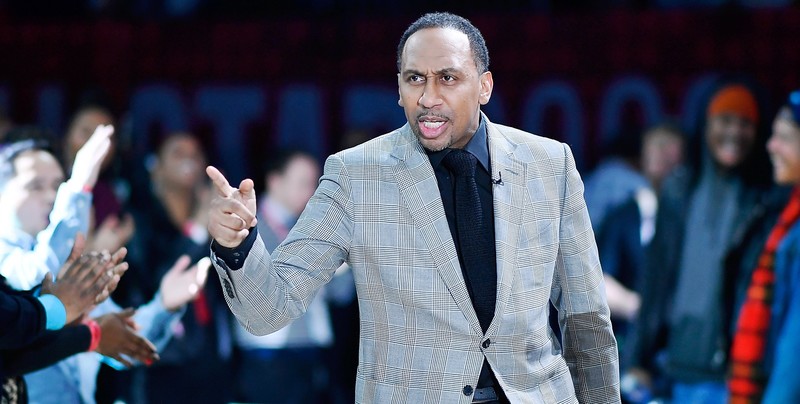 But it wasn’t just you.

Charles Barkley is also guilty of publicly ridiculing Irving and Howard for their stance.

“I think it would be stupid to not play,” Barkley said on ESPN’s Get Up. “LeBron [James] is probably the most famous athlete in the United States. He won’t be visible anywhere [if they don’t play]. So out of sight, out of mind. Also, these guys have got to realize, this money ain’t gonna come back and they’re gonna lose billions of dollars that the players can use to go into their own communities and do some great stuff. It’s not good on any front. I have no idea what Kyrie and Dwight are talking about, but it’ll be a catastrophic mistake not to play.”

Many others were completely dismissive of their positions and used specific language to drive home the point that this stance was misguided, ridiculous and absurd. These people didn’t say “shut up and dribble” like Laura Ingraham did to LeBron, but the dismissiveness was similar.

Before the 1968 Olympics, Kareem Abdul-Jabbar elected to not play. When Abdul-Jabbar recently joined me on my show, The Rematch, he specifically explained why he chose to not participate in the Olympics and instead opted to work and save money for school.

"I was going to pursue my goals and I wasn't going to pursue the goals of a country that, at that point, still didn't respect my citizenship," Abdul-Jabbar told me. "I wanted to get my degree and I had a job, so I made the money that I needed to have a comfortable year at school. That was my agenda and that's what I pursued. And I left UCLA with a degree in my pocket."

Would Smith or Barkley have criticized him for that?

John Carlos and Tommie Smith participated in the ‘68 Olympics and made a statement that resonates even today, raising their Black Power fist on the podium after their race. They chose different ways to send a message, and both are equally deserving of respect.

It’s important to note that past NBA players (who were activist pioneers) utilized boycotting as a way to push the NBA to use its collective power to adopt policy change and recognize the players’ union, so there is a precedent here.

Prior to the 1964 NBA All-Star Game, players threatened to boycott. This was the first All-Star Game to be televised, so Hall Of Famers such as Oscar Robertson, Bill Russell, Jerry Lucas, Tommy Heinsohn, Hal Greer, Sam Jones, Chet Walker, Jerry West, Bob Pettit, Elgin Baylor, Walt Bellamy, Wilt Chamberlain and Lenny Wilkens recognized the leverage that they had.

The players took a vote on whether they would refuse to play if the NBA didn’t recognize the players’ union and implement a pension plan. The vote was reportedly 11-9 in favor of a strike.

“Fifteen minutes before tipoff, NBA commissioner Walter Kennedy agreed to the pension demands, and pro sports had its biggest union victory by far,” wrote Robert Rubino of The Press Democrat.

These are the footsteps the players are following in.

The NBA has scheduled a special Board of Governors meeting on Thursday morning, according to ESPN’s Adrian Wojnarowski.

What if the NBA players - now that they have everyone’s attention - demanded that NBA owners like Marc Lasry, Wes Edens and Jamie Dinan (Bucks), Ted Leonsis (Wizards), Steve Ballmer (Clippers), Jeanie Buss (Lakers) and even James Dolan (Knicks) use their influence to pressure cities to threaten to cut the funding of police departments if they don’t adopt tangible police reform and police accountability measures? I bet you would see results immediately. If they can pressure cities to fund the building of new arenas, I’m sure they can do this. That would create tangible change through the power of the NBA that Congress hasn’t been able to bring about, that no politician has been able to bring about. That would change the entire country.

I respect Kyrie Irving, Dwight Howard and Avery Bradley for what they expressed then, and I respect what the NBA and WNBA players are doing now. And, no, they didn’t sound foolish and their idea wasn’t “ridiculous” or “absurd.” No, they weren’t looking for a reason not to show up to work like you disrespectfully claimed, and their suggestion definitely wasn’t “stupid” (like Charles Barkley said). They simply didn’t want to divert attention away from everything that was going on. This is a special movement that’s taking place right now. It’s an awakening. And they wanted (and want) the focus to remain on that.

With everything going on, basketball was the furthest thing from their minds. LeBron James recently admitted the same thing.

“I got half my brain locked on the playoffs, the other half on how I can help Black people,” James said.

You can see why Stephen A Smith suddenly praising NBA players for boycotting can be seen as problematic.

He and Barkley (and everyone else who publicly ridiculed them) owe Irving, Howard and Bradley a public apology. Not a personal text or call; be as loud and demonstrative on your national ESPN platform with your apology as you were with your criticism.

And PS: Stephen A. Smith, you also owe Colin Kaepernick an apology for publicly lambasting him and saying that he wants to be a martyr and doesn’t want to play football after the tryout hoax put on by the NFL.