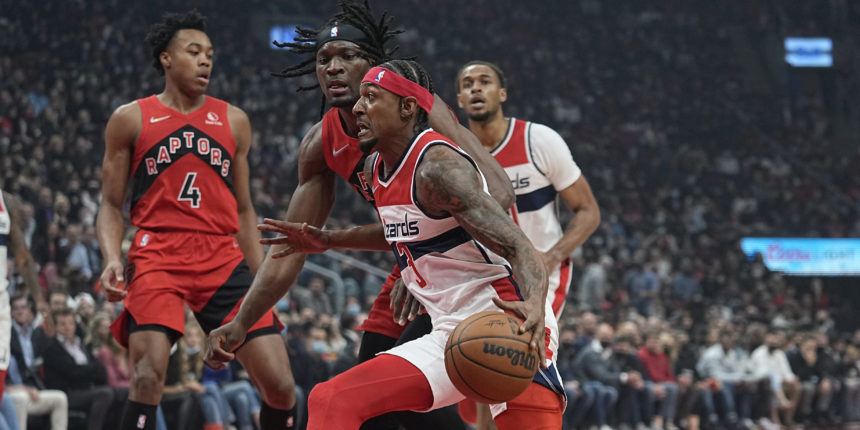 NBA Roundtable: Which team will hit its 'Over' win total?

Just two days into the 2021-22 season, the NBA is already off and running. We've had a wild double-overtime finish at Madison Square Garden, a comeback thriller in Charlotte and we're seeing familiar faces in new places. (People have wasted no time in firing off their hot takes, too.) And there are still four teams who will make their season debut on Thursday evening too.

With our Evan Sidery debuting his "Nothing But Bets" podcast on the Basketball News Podcast Network, we decided to have some fun by predicting how some franchises will fare record-wise in the upcoming campaign, primarily using DraftKings' preseason NBA win totals.

Which team will hit its “Over” win total?

Alex Kennedy: Last season, the Phoenix Suns finished with the second-best record in the NBA and went on an NBA Finals run despite relying heavily on their young core as well as incoming veterans (Chris Paul and Jae Crowder). This season, those young players should benefit greatly from that postseason experience, and the group should have improved chemistry thanks to their continuity. The Suns are bringing back largely the same roster, with a few excellent offseason additions such as JaVale McGee and Landry Shamet. Both role players fill a need for Phoenix and add to the Suns’ already impressive depth. Despite all of this, Phoenix enters this season with a projected win total of 51.5, meaning oddsmakers expect them to regress since they won 51 games last season while playing 10 fewer games (since the NBA had a 72-game season). I’m hitting the over on the Suns.

Nekias Duncan: Sign me up for the Minnesota Timberwolves' over (34.5). The mind-meld between Karl-Anthony Towns and head coach Chris Finch seems like a perfect match. Anthony Edwards, D’Angelo Russell and Malik Beasley should provide plenty of scoring support. Add in the fact that they're playing defense more aggressively, which fits their personnel much better than it did last season, and I'm ready to call my shot with the Wolves as a play-in team.

Spencer Davies: I think I've got to pick the Washington Wizards at 34.5. If you've been following along on Keepin' It 94, you'd have heard how much I loved their offseason. Not only did they address defensive areas of need, they also brought in a brand new head coach in Wes Unseld Jr. to have a clean slate going into 2021-22. Bradley Beal is still Bradley Beal, and he'll have some of the weight off his shoulders as a faciliator with Spencer Dinwiddie in the fold. I truly believe that Kyle Kuzma and Kentavious Caldwell-Pope can alter the attitude of that team from a defensive/hustle standpoint. And let's not forget Montrezl Harrell is going to play with a ridiculously large chip on his shoulder. Daniel Gafford just got paid and continues to grow too. This team won 34 games last season with less time; do we really think they've regressed? Not this guy.

Ethan Fuller: I'm extremely in on the Toronto Raptors to surpass a win total that most sites predict will be in the mid-30s (36.5 on DraftKings). This is a playoff-caliber team with a certified star in Pascal Siakam, and when he returns from injury, Toronto has one of the most versatile defensive lineups in the entire league. OG Anunoby is everyone's favorite Most Improved Player candidate, Fred VanVleet continues to be underrated and Scottie Barnes should help open up the floor as a passer.

Jannelle Moore: It's early, but I'm inclined to believe that the Golden State Warriors will surprise folks and hit their over win total (48.5). Their defense is solid, and they have made acquisitions in the offseason such as Otto Porter Jr. and Nemanja Bjelica who seem to mesh well offensively in the areas of shooting and spacing. Jordan Poole is emerging as another perimeter threat too. After the season-opener and how they were able to withstand the Los Angeles Lakers’ runs — and finding a way to win despite an off night from Steph Curry — I'm getting “Strength In Numbers” vibes from this squad.

Moke Hamilton: I’d probably have to go with the Washington Wizards. Depending on which book you’re looking at, most people see them winning somewhere between 30 and 33 games — 34.5 on DK — and I think they have a chance to be much better than that. If Bradley Beal is healthy, he’ll suddenly find himself surrounded by a capable cast of players, with those coming over from Los Angeles boasting championship experience. There’s a decent amount of optimism that Washington may have gotten its hands on some players, and I’m with it.

Evan Sidery: Even without Jamal Murray, I think this Denver Nuggets team has the chance to rack up 50-plus wins this season. They showcased on Wednesday night against Phoenix when Nikola Jokic gets hot and their role players make shots that they can beat anybody. Coming into the season, Denver’s over-under was 46.5. I'm hammering the over here.

Blake Hairston: After the preseason this may not be a surprise, but the Chicago Bulls. Caesars has them at 43.5 wins and DraftKings has them at 42.5, but if all falls right, a team with good talent and players with a bit of a chip on their shoulders could reach 45-to-48 wins in the Eastern Conference.

Alexander Cohen: If the Minnesota Timberwolves build on their solid play under Chris Finch, they will easily surpass their 35-game line — in spite of the turmoil in the front office. The Wolves were 7-25 before Finch coached, and they're 16-25 since he took the helm. There's no reason to expect they won't build off that. Their young core should continue to grow and find consistency, and Patrick Beverley is an underrated veteran addition to ensure that.

Mark Gunnels: I think the Toronto Raptors will win over 35 games this year. I know Kyle Lowry is gone, but I believe this allows guys like Malachi Flynn and Fred VanVleet to spread their wings. Also, look for OG Anunoby to be a serious MIP candidate.