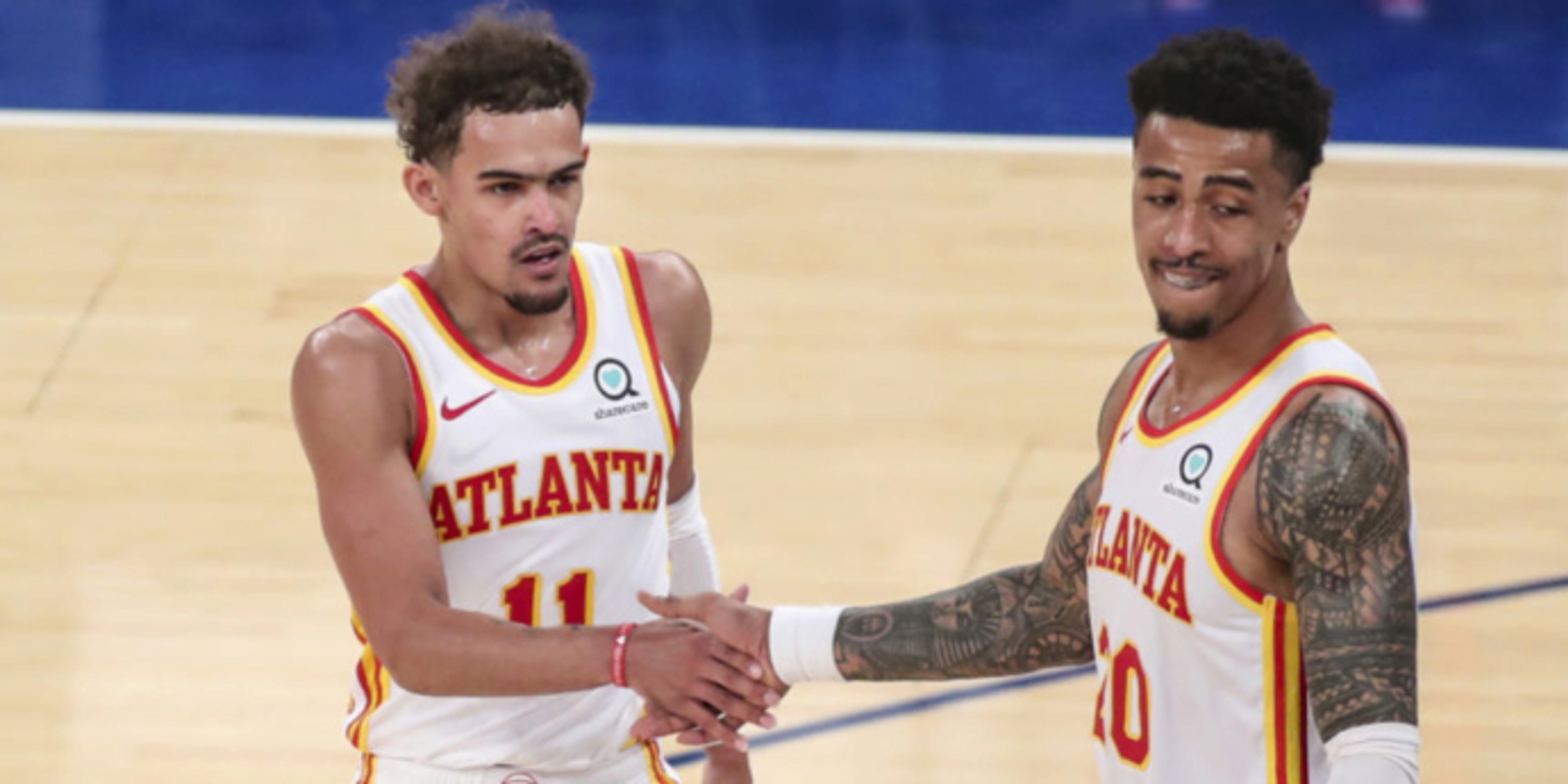 NBA Roundtable: Which team has the best young core?

With NBA training camps open for business, teams are getting back in the swing of things. Since Sunday afternoon, the preseason has been in full swing, meaning the 2021-22 campaign is right around the corner.

Building a team is not an easy task without a dash of draft luck and a pinch of good chemistry. Once you find the combination that sticks, there's no telling how high your squad's ceiling can get. While we've seen a handful of organizations struggle with their inexperience year-after-year, we've also seen others soar and show that they'll be around for quite some time.

Alex Kennedy: This is tough. The New Orleans Pelicans’ young core has the most upside, with two potential superstars in Zion Williamson (21) and Brandon Ingram (24), plus talented prospects like Nickeil Alexander-Walker (23), Trey Murphy III (21), Kira Lewis Jr. (20) and Jaxson Hayes (21) among others. However, if we’re talking about the “best young core,” I have to go with the Atlanta Hawks after what they showed during their Eastern Conference Finals run. Trae Young (23), John Collins (24), De'Andre Hunter (23), Kevin Huerter (23), Cam Reddish (22) and Onyeka Okongwu (20) is a very talented young nucleus that’s already succeeding in the postseason. In a few years, this team could be a juggernaut.

Nekias Duncan: Trae Young, John Collins, De’Andre Hunter, Onyeka Okongwu, Cam Reddish, Kevin Huerter and Jalen Johnson are all 24 or younger. All but Johnson were contributors on a team that made the conference finals last season. I don’t think I need to say much else.

Spencer Davies: There are a number of teams that intrigue me around the NBA as far as a youth movement is concerned. If we're talking about a young core that contends for a championship — let's call 26-and-under the cutoff — I like the Denver Nuggets a lot. Nikola Jokic has already won the league MVP and continues to only get better. Jamal Murray, when healthy, is as electrifying as any guard in the NBA. Michael Porter Jr. just earned himself a maximum rookie contract extension due to his outstanding scoring capabilities and potential to expand his game. Aaron Gordon's athleticism and defensive abilities make him the ideal complement to all three. That's a fantastic four to build around for a number of years to come, and ultimately, compete for a title in the process. Throw Monte Morris and P.J. Dozier in there with rookie Bones Hyland and mystery-box Bol Bol, and that's just about the perfect mixture of youth and experience.

Ethan Fuller: It's the Oklahoma City Thunder for me by a significant margin. Oklahoma City has the youngest roster in the NBA per RealGM, and those players are a mix of high-upside swings and crystal-clear NBA fits. The team has guys like Lu Dort, Tre Mann, Jeremiah Robinson-Earl, Darius Bazley and Theo Maledon, who are safe bets to be solid rotation players or elite specialists. Then, they have the potential game-changers like 7-foot wing Aleksej Pokusevksi and 2021 No. 6 pick Josh Giddey. Of course, OKC already has a rising star as well in Shai Gilgeous-Alexander. There's just so much to like across the board.

Drew Maresca: Easily the Hawks. Atlanta advanced to Game 6 in the East Finals last season, way before anyone expected them to be competitive. And they did so without two key youngsters (Cam Reddish and Onyeka Okongwu). They’ll only go as far as Trae Young takes them, but Young proved that putting him in any kind of a box is a fool’s errand. The Hawks are going to struggle with expectations in 2021-22, but that doesn’t change the fact that they’ve arrived way ahead of schedule, and they’ve done so with three starters who are 23 or younger.

Moke Hamilton: If I had to choose one, I’d probably say Memphis. For a 22-year-old, Ja Morant is damn good, and the Grizzlies seem to be further along in their development than other contenders for this label such as New Orleans. Ditto for Minnesota. Now that I think about it... Who else is even a credible contender for this title?

Jesse Blancarte: The Phoenix Suns. Devin Booker rose to a new level last season and led his talented team to the NBA Finals. With Deandre Ayton, Mikal Bridges, Cameron Johnson, Landry Shamet and other young, talented players on the roster, the Suns are well-positioned to compete at the highest levels — this season and beyond.

Jackson Frank: Young core is such an ambiguous term to define because everyone cuts off the “young” moniker at different thresholds. But I’ll make 25 the high-end here and go with the Atlanta Hawks. Trae Young is a superstar. John Collins is a marvelous pick-and-roll/pop big, and tenable defender. When healthy last season, De’Andre Hunter looked the part of a mighty fine two-way wing. Kevin Huerter took a leap last season as a 2-point scorer and defender. Onyeka Okongwu dazzled at times in the playoffs with his defense and finishing. Cam Reddish continues to hint at enticing on-ball defense and pull-up shooting; consistency and health are the vital pillars. Jalen Johnson and Sharife Cooper probably won’t play much next season, but you saw their allure at NBA Summer League. Skylar Mays is even a useful combo guard. I hope I didn’t miss any member of the Hawks’ young core, which is both deep and very good. There's a bright present and future for this team.

Alexander Cohen: Best young core is always a tricky question unless it’s quantified. Based on sheer young talent, it’s the Dallas Mavericks alone for simply having Luka Doncic. But if we’re focusing on true young core of players that have a chance to grow together, I’ll take the San Antonio Spurs for Devin Vassell, Dejounte Murray, Lonnie Walker IV, Keldon Johnson and even Tre Jones. There’s not one player there that I would anticipate becoming an All-Star, but I’d be shocked if any didn’t turn into at least high-level role players.