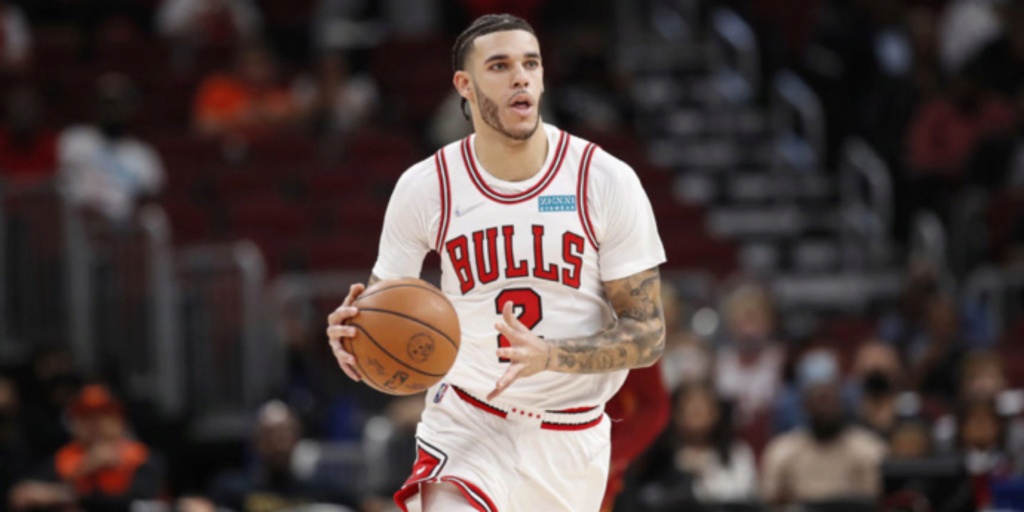 One game into their preseasons, the Bulls and New York Knicks have to like what they see from their new backcourts.

Ball made a 3-pointer for Chicago's first basket and the Bulls kept rolling from there to a 131-95 victory over the Cleveland Cavaliers on Tuesday night.

Walker also had the first basket for the Knicks in their 125-104 victory over Indiana, making it a happy homecoming for the point guard who grew up in the Bronx.

“Just to see that New York across my chest, being from here, it’s like a dream come true,” Walker said in his postgame interview on the court.

Walker signed with the Knicks over the summer for a chance to play 41 games in the arena where he memorably led Connecticut to the Big East tournament title in 2011.

Evan Fournier, his teammate last season in Boston, is also a new Knick and they started together in the backcourt. Both finished with 12 points, delivering the improved scoring they hope to get after riding their defense to a surprising playoff berth last season.

The Bulls are hoping to get there this season after bringing in Ball from New Orleans, DeMar DeRozan from San Antonio and Alex Caruso from the Los Angeles Lakers.

With Zach LaVine and Nikola Vucevic already in place, the Bulls have the potential to make a leap up the Eastern Conference standings.

Forget the coffee... watch this video!

LaVine scored 25 points, Vucevic had 10 points and nine rebounds, and the Bulls outscored the Cavaliers by 45 points while they were on the floor. DeRozan added 13 points, Caruso had 10 points and 10 assists, and Ball finished with eight points, five rebounds and five assists.

Julius Randle had 20 points and nine rebounds for the Knicks, while RJ Barrett scored 17 points.

Taj Gibson scored 14 and Immanuel Quickley and Obi Toppin each came off the bench for 10 as the Knicks surpassed 100 points in three quarters.

Rookie Chris Duarte scored 15 points for the Pacers in their first game under new coach Rick Carlisle. Justin Holiday added 13, while Myles Turner and T.J. McConnell each had 10.

Evan Mobley, the No. 3 pick in the draft, had 10 points and eight rebounds. Ricky Rubio, acquired by the Cavs in the offseason, had 10 points, six assists and five rebounds.

Kevin Porter Jr. had 25 points, including five 3-pointers, and five assists in Houston.

Jalen Green, the No. 2 overall pick in July’s draft, finished with 12 points and six rebounds but shot just 4 of 14 from the field and 0 for 6 from behind the arc.

Morant was 11-of-18 shooting and threw down high-flying dunks in the first and third quarters before a fire alarm went off in his home arena at the end of the third quarter. Fans were evacuated and the teams were sent to their locker rooms. The game would eventually be called.

De’Anthony Melton scored 14 points and Steven Adams had 11 points and 10 rebounds for the Grizzlies.

Giannis Antetokounmpo, Khris Middleton, Bobby Portis and Jrue Holiday — all major contributors to Milwaukee’s NBA title run this summer — did not play for the Bucks.