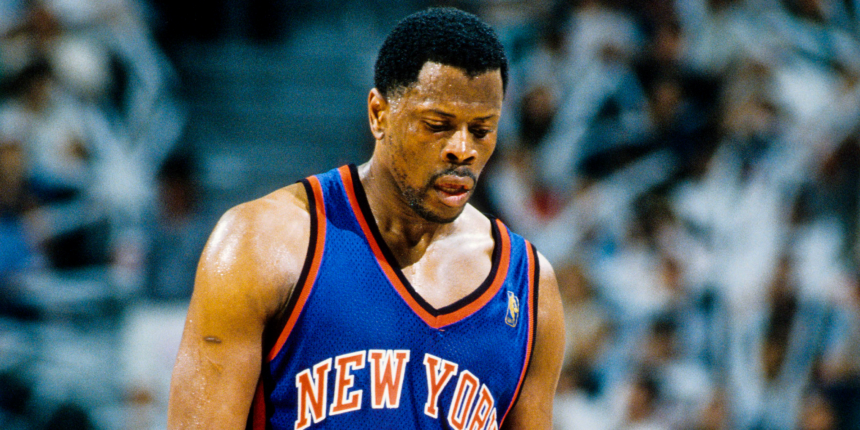 NBA Roundtable: Which player/team made you love basketball?

If you're reading this article, chances are you are a hoophead. There have been droves of special talents — and combinations of those talents — that have played the great sport of basketball, creating memories that last a lifetime for those fans that followed them along for the ride.

So with that being said, we wanted to find out from our staff:

Which player or team made you fall in love with basketball?

Alex Kennedy: I fell in love with basketball because of Tracy McGrady and the early-2000s Orlando Magic. They were my local team, and McGrady made the game look so easy. He scored at will (winning back-to-back scoring titles and, at one point, averaging 32.1 points per game). I had T-Mac shoes, shirts, bracelets, etc. My first NBA game was the Christmas Day showdown between McGrady and LeBron James in 2003. In Orlando’s overtime win, T-Mac had 41 points, 11 assists and 8 rebounds while LeBron had 34 points and 6 assists. From that point on, I was hooked.

Spencer Davies: The first memory of basketball I have is watching my old Superstars VHS Tape, along with NBA Jam Session from the early and mid-90s. I absolutely felt the energy that Shawn Kemp and Larry Johnson radiated with their thunderous dunks and blocks. When they screamed after a big play, I jumped up with them wanting to be a part of the moment. There were always video games that made me appreciate the sport, but my first hometown memories were of the playoff Cleveland Cavaliers with Kemp, Derek Anderson, Zydrunas Ilgauskas, Wesley Person and Brevin Knight. If we want to talk about favorite players as I started to love the game in the late ‘90s, it goes Ray Allen, Kobe Bryant and Tracy McGrady in that order. Of course, when LeBron came along, my attachment to the league grew even further. I was also a sucker to watch Josh Smith jump all over the building wherever he played (and I even met him in 2009 in Atlanta). There’s so much more I could get into, but I’d take up the whole page!

Ethan Fuller: How could you not get fired up when Kevin Garnett stepped on the court? I grew up watching him talk at the basketball hoop in front of roaring crowds before every Boston Celtics game. Garnett never took a night off from his unrelenting, fierce energy. He was a unique type of leader in the way he consistently channeled his voice into a positive impact -- and he was a pretty legendary individual player too.

Moke Hamilton: Easily Patrick Ewing. I am the son of Jamaican immigrants, and I grew up in the New York City metropolitan area during Ewing’s prime. Some of my fondest memories as a child involve watching basketball with my dad and my brothers, so this one, for me, is easy. As much as Ewing, and those Knicks made me love basketball, Michael Jordan made me hate it (laughs). Man, even though it was a long time ago, 1994 is still fresh in the minds of Knicks fans everywhere. I can relate.

Chris Sheridan: Julius Erving and the red, white and blue basketball-playing New York Nets, who were on tape-delay after the Knicks when I was a kid growing up and were always worth waiting until 10:30 p.m. to watch.

Drew Maresca: The New York Knicks of the 1990s. The swag was on an entirely different level — fresh haircuts, scrappy (to say the least) play and a relentless home crowd. I know Jordan owned the '90s, but the Knicks’ us-versus-the-world mentality was all consuming for mostly everyone in the tri-state area.

Evan Sidery: It has to be my hometown Indiana Pacers during the Reggie Miller era. In Indiana, basketball is king. Reggie Miller ruled the entire state. It’s still shocking that there’s not a Miller statue outside Bankers Life Fieldhouse.