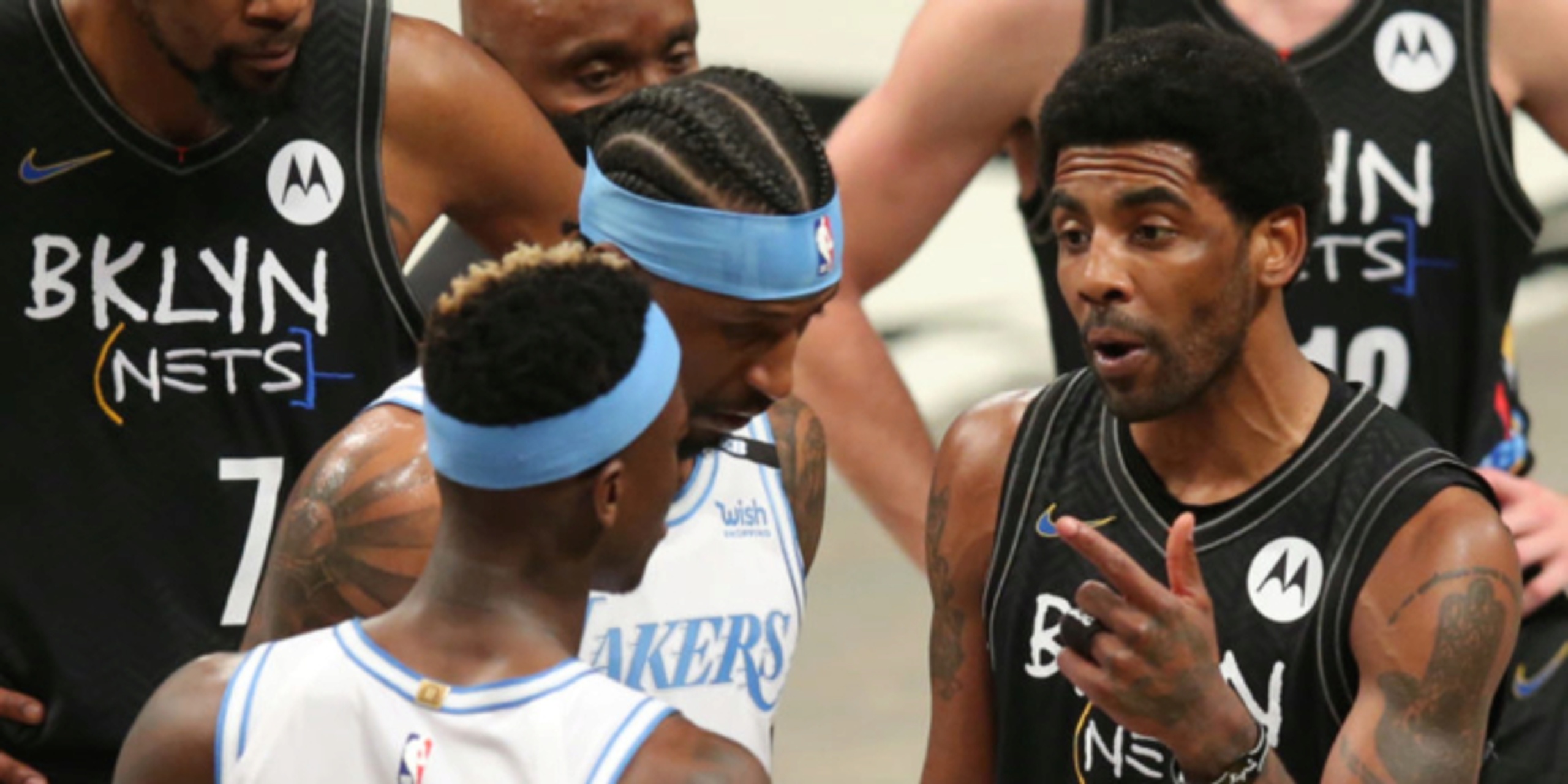 Irving, Schroder ejections are further proof NBA refs are getting out of hand

Let me start by saying that refereeing is a tough job.

They have to deal with constantly being criticized and ridiculed for every call they make. They deal with players who whine and complain after virtually every play (and I have to admit, that has gotten worse over the years). The public scrutiny, the second-guessing, the chastisement -- sometimes, it can be too much.

And let’s be honest, every sports fan at some point or another in their sports viewing experience has screamed these words either at their television set, or in person at a sporting event: “Ref, what kind of a call was that?" or “These refs are terrible!” We may have even had our moments like the Nick Nolte scene in Blue Chips: "Did you take money, did you take money?!" So yes, the life of a referee at any level in any sport can be a tough gig.

That being said, this season more than most, the referees have been pretty quick with the ejections, and something needs to be done about it.

Last night, with 9:41 left in the third quarter, the refs surprisingly ejected both Kyrie Irving and Dennis Schröder after the two were trash talking each other. Nobody swung on each other, no shoving, no punches thrown...but excessive trash talking?

At that point, the Nets were trailing 66-62. It was a great game, must-see TV, even with LeBron James, Anthony Davis, Kyle Kuzma and James Harden all in street clothes. But after the ejection, the game was a one-sided romp, as the Lakers went on a 22-9 run and went up 88-71. It resulted in me personally turning off the television and going to sleep, which begs the question: was the ejection really necessary?

Kyrie Irving and Dennis Schroder were both ejected after getting into it during the third quarter. pic.twitter.com/i2UEyKba3m

What if the ref separated both Irving and Schroder, sent them both to their bench for five minutes or the rest of the quarter, and told them that they could come back in after they cool off? Something similar to a hockey penalty box. I’ve seen this happen many times in AAU, and it has worked just fine. The key players aren’t removed from the game, and are allowed to come back after what amounts to a timeout. (which can work for kids and adults, at times).

Wouldn’t that be a much better alternative to making a decision to quickly eject the main attraction? I’m sure I’m not the only one who turned the channel before the game was over. Despite what anyone thinks, nobody tunes in to see the refs.

If this was an anomaly, we could chalk it up to a simple bad call, but this issue of quick ejections has been going on quite a bit this season, and it may be helpful to take a look at other possible alternatives.

Earlier this season, Devin Booker was ejected for the heinous offense of using profanity and... wait for it...putting too much zip on his bounce pass to the referee when the official blew his whistle and asked for him to give him the ball.

You don’t believe me? Go to the tape and see for yourself. That’s exactly what happened.

Devin Booker gets ejected after bouncing the ball at a ref 👀 pic.twitter.com/kEj0hoMRNz

But wait, there’s more. Earlier this year, Montrezl Harrell was ejected for...yelling "and-one" after he made a basket. And if you don’t believe me, we can go to the tape once again.

NBA refs back at it again with Lakers games.
Montrezl Harrell yelled "and one" after a shot and Trezz got a technical foul -_- pic.twitter.com/AE7aH9m9E1

Nobody expects referees to be perfect. They are, in fact, human, so there has to be some allotment for human error. However, this is something different, and unfortunately, it’s becoming more commonplace in the NBA. It appears as if there is an over-emphasis on controlling the game by showing who's boss and who is in charge, and many times, the situation simply doesn’t call for that, and it’s just not necessary.

Ejecting someone from a game should be a last resort, not the first one. Sometimes, referees need to simply get out of their feelings and not take everything so personally. Other times, they have to understand that players aren't emotionless robots; that’s not the reality of what basketball is.

Unfortunately, Billy Crystal’s portrayal of the short-tempered, irrational, whistle-happy, "everyone is ejected" referee in the movie "Forget Paris" has become the reality of refs nowadays.

Referees nowadays. They want guys to be robots and not show any emotion, or qst them, or look at them, or toss the ball too hard to them, or breathe too aggressively, or smile in their direction, or think thoughts that aren’t positive or anything pic.twitter.com/HgzOUj1EMt

[Editor’s note: The original piece omitted that Booker used profanity when passing the ball to the referee.]