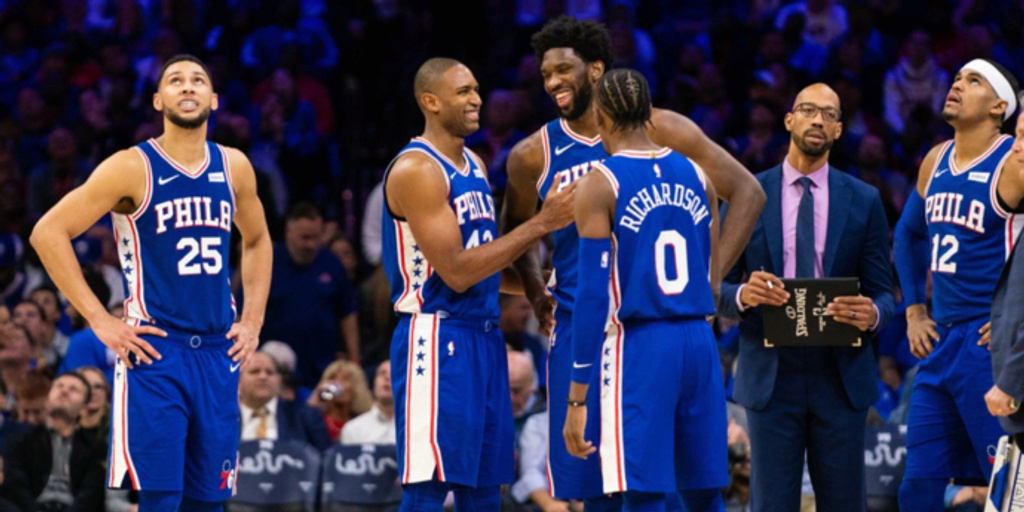 What does next season hold for East's middling teams?

Well, after over a year of NBA basketball and a postseason littered with uncertainty, surprises and even a brief refusal to play, we finally have our 2019-2020 NBA champions: the Los Angeles Lakers.

Notwithstanding the chaotic nature of the playoffs with the early exits of other championship favorites like the Milwaukee Bucks and Los Angeles Clippers, the Lakers emerged victorious in what was a steadying semblance of destiny.

Unlike the number-one seed in the West, there are multiple middling teams within each conference with less-certain immediate futures than the champions. These are the teams that have found themselves both on the brink of contention and on the cusp of uncertainty; they are the ones with odd fits and inconsistent roster direction that invite us to deconstruct the perceived hopelessness, or hopefulness, of their futures. We'll start with the Eastern Conference's middling teams.

Prior to the start of the last season, the Sixers were coming off of a second-round loss to the eventual-champion Toronto Raptors. Jimmy Butler provided the young Philadelphia squad with some much-needed leadership and accountability, and there was a prevailing feeling that, with the subsequent absence of Kawhi Leonard in the conference, the 76ers were the favorites to execute a swift run to the Conference Finals and represent the East in the Finals.

Butler, a player who has shone bright this postseason as one of the most dynamic wings in the entire league, instead walked his way over to the beaches of Miami in what seemed to be an easy decision. Philly ended up responding with the signing of former All-Star and Boston Celtics two-way hub Al Horford. Naturally, it was assumed that Horford’s presence as a starting forward would provide the young Sixers some necessary minutes at center -- to negate the problems caused by the time Joel Embiid would spend on the bench, as well as load-managing a historically injury-prone body. Instead, we were met with a Philly team starting three floor-spacing liabilities, placing the tough onus on all offensive creators attempting to generate any decent shot. What Butler provided cannot be understated -- a distributor with the ability to finish, shoot, drive and get to the charity stripe.

Ignoring the disappointment of the season, which culminated in an injury to Ben Simmons and being on the wrong end of Boston sweep, all hope isn’t lost. The contracts are ugly, especially the remaining three years on 34-year-old Horford’s deal, but with smart personnel tweaks, the current core can be salvaged and maximized. The Sixers will likely try to move Horford for a capable pick-and-roll, ball-handling guard alongside Embiid and Simmons -- the only assumed, guaranteed components of next season’s team. In turn, many factors would unfold as a result; the team would insert a perimeter threat, thus spacing the floor for their young stars, a requirement for a post player as talented as Embiid, and Tobias Harris would morph back into a catch-shooter after struggling with the increased demand to pull-up.

The easiest and most logical plug is Chris Paul. CP3 reinvented himself last season as the perfect veteran -- low usage, an accountable mentor and an offensive conductor. He also had a large contract, but Oklahoma City Thunder thrived under his two-way leadership, and Philly can too. One thing we know for sure is that the fixes required for the Sixers to succeed are pretty clear.

The Brooklyn Nets are a very unique case in the context of middling Eastern Conference teams. Their crescendo truly began in the 2018-2019 season, the year they established their image as the egalitarian, joyous, stylish -- albeit inadequate -- offense that nursed their image and drew the admiration of Kevin Durant and Kyrie Irving.

Last season, Brooklyn was incomplete. Irving, the team's star guard, played a mere 20 games prior to being shut down for the season (and the restart) due to a series of injuries; Durant didn’t take any chances. He didn't debut as a Net after the league’s four-month hiatus like some had pondered aloud, and the current composition of the team is certain to be altered in order to truly fit around their newly-integrated superstars.

At the moment, Brooklyn is in a pretty excellent position. The team has multiple shooters, a promising young star in Caris LeVert, a fringe All-Star in Spencer Dinwiddie and a refreshingly-new face at head coach in Steve Nash. To many, it seems that after years of tireless culture building and a vastly underrated development program, the Nets are finally on the brink of reaping the rewards of their honest rebuild -- this after being robbed blind by the Celtics in a trade for multiple aging stars all those years ago. The Brooklyn bounce-back has been admirable, to say the least.

As for the moves we can expect to see, we must first assess the current roster. What is noticeably absent is the presence of a stretch four or five in order to act as both a low-usage, offensive partner to the stars and a defensive anchor for the team. Considering the high ceiling of the multiple young players currently on the Nets, this would be far from an impossible next step. A couple of the numerous fits include Orlando Magic center Nikola Vucevic and Bucks center Brook Lopez. Both can shoot, roll, play out of the post and, in the case of the former Net, play elite defense. This simple exchange would stress opposing defenses and create several avenues of attack for the team without placing the total offensive responsibility on the star scorers.

The Magic are at a bit of a crossroads. The Game 1 killers (leaving the first-round in five games in back-to-back seasons) have concocted a system of sound defense, ranking 10th in the 2019-20 season. Considering the team’s ability to severely minimize its fouling and maintain a solid collective defensive mindset, the Magic were incredibly disciplined despite their eighth-seed ranking. The struggle seems to lie within their offense.

All-Star center Nikola Vucevic breaks even as an improving defender and remains among the more talented and sound big men in the league. As a scorer, Vucevic has maintained his efficiency on a steady diet of pick-and-pop mid-range shots and threes -- doubling his attempts at the latter for this season.

The issue isn't Orlando's veterans. Evan Fournier was among the best shooters in the league this season, thriving from the extra attention his center yields. D.J. Augustin established himself as a luxury sixth man, and any contender in need of a bench orchestrator could use him.

The Magic must get more productivity out of their high-ceiling, offensively-underdeveloped young core in order to bring the team’s offense up to par. This includes projects like Markelle Fultz, Aaron Gordon, Mo Bamba and Jonathan Isaac.

Orlando has a decision to make this offseason, and the choice seems relatively obvious. To prepare for the future, the team should ideally trade the bulk of their vets in order to accumulate picks for the future. They should focus their efforts and energy on developing the offensive identities and general skill sets of the team’s youth. In due time, the picks generated by trading a few vets -- and the time invested into their younger players -- will place them in a good position to eventually make a move for a capable star, or highly capable role players, to surround their gems with.

The Washington Wizards ended the season a whole seven-and-a-half games outside of the eighth seed. The team’s present has been complicated by a series of severe injuries to their lead point guard in John Wall, forcing the stress of the offense on the tremendously-talented Bradley Beal. Weirdly enough, such an underwhelming season was not without a few notable bright spots.

Former San Antonio Spurs forward and 6-foot-10 sharpshooter Davis Bertans exploded on the scene as a high-volume three-point threat (rather unprecedented at his height), nearly doubling his production whilst retaining elite efficiency from the perimeter. Beal continues to establish his dominance and ranks as an excellent, nearly unstoppable three-level scorer.

Ignoring the uncertainty of the last couple seasons in D.C., it would surely be within reason to take another run with their All-Star backcourt and assess how it holds up within the landscape of the current NBA. With the acquisition of a few defensively-focused players surrounding them, it would be wise for the front office to trust the development of Beal and Bertans and test out a season with those two together.

What's fascinating is that if this trial is a failure, the Wizards are well-positioned to trade their stars; re-signing Bertans to an appealing contract this offseason should be the first step. Beal, in particular, has been highly coveted and is expected to draw a ridiculous return in any potential trade. Such a pathway would allow the team to create a promising young core alongside Troy Brown Jr. (21 years old), Rui Hachimura (22), Moritz Wagner (23) and Thomas Bryant (23).

Interestingly enough, regardless of the perceived hopelessness of the Eastern Conference outside of the immediate contenders, a few of the middle-tier squads are in a great spot to aim for contention -- or, at the very least, put together an inspiring rebuild with lottery players for longtime fans to enjoy.