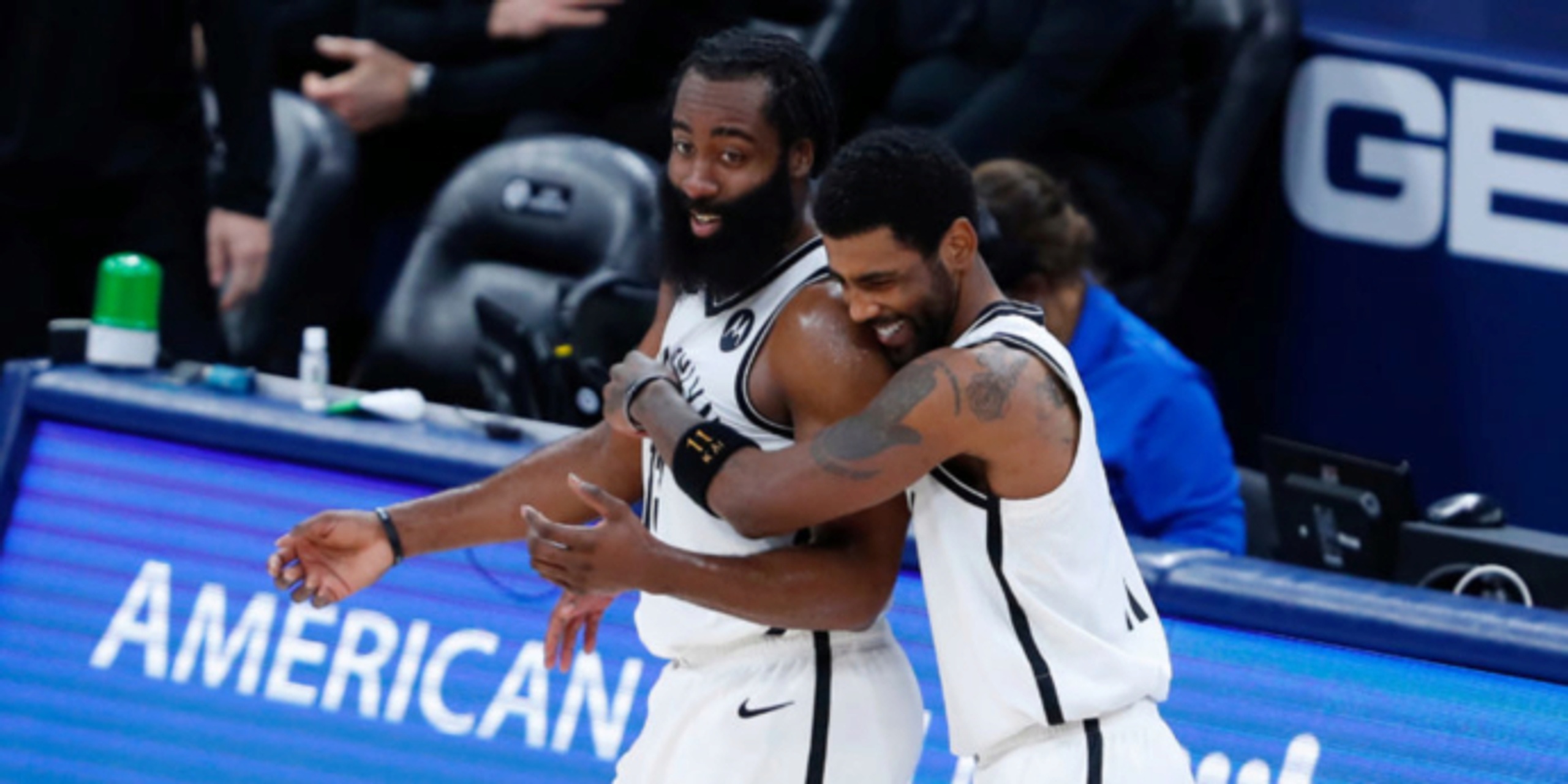 Brooklyn Nets bettors are getting rewarded for their patience

Quite a showing by the Brooklyn Nets last night in Los Angeles, beating the Lakers by nine points despite being a 3-point underdog. There is a trend developing here, and it is making the sportsbooks nervous.

The Nets are now 19-12 and riding a five-game winning streak, one game back of the Philadelphia 76ers as they spend two off days in the relative comfort of Los Angeles (instead of in the frigid temperatures back home in Brooklyn) awaiting their game with the Clippers.

The Nets preceded last night’s victory over the Lakers with road wins over the Phoenix Suns, Sacramento Kings and Golden State Warriors after a home win against the Indiana Pacers.

At DraftKings Sportsbook, Brooklyn is +400 (or 4-1) to win the championship, while Philadelphia is 12-1 and Milwaukee is 7-1. This is a reflection of how much money is being gambled on the Nets, most of it in the neighboring state of New Jersey because legalized sports gambling has not yet been adopted by New York – although legislation sponsored by assemblymen Gary Pretlow and Joe Addabbo has been reintroduced in the state capital of Albany.

An estimated 30 percent of the $11.847 billion wagered in New Jersey since PASPA (the Professional and Amateur Sports Protection Act) was overturned by the U.S. Supreme Court on May 14, 2018 has been wagered by so-called commuter bettors – New Yorkers who drive over the George Washington Bridge or through the Lincoln Tunnel to place bets on their smartphones.

The industry is one of the few acute growth businesses in the U.S. economy, and it is only a matter of time before gambling is legal in 49 states (we will always have Utah).

What was striking about the Nets’ victory last night in Los Angeles was the way they dominated throughout, winning every quarter except the fourth, in which they entered with a 16-point lead. This was despite being without Kevin Durant, whose hamstring injury is healing slowly.

James Harden has turned into the de facto point guard, and his assist totals over the past five games have been 11, 11, 14, 16 and 5. Of the 17 games he has played for Brooklyn, Harden has only failed to reach double figures in assists two times, and he has a commanding average lead (11.3) over Russell Westbrook (9.5) for the league leader in that category.

Harden is 66-1 for MVP at DraftKings Sportsbook, 46-1 at FanDuel Sportsbook, 50-1 at PointsBet.com and BetMGM.com. At WilliamHill.com, Harden is 30-1.

“Our biggest exposure in the championship futures market is the Sixers, who have been No.1 pretty much the whole year. A lot of that is because we are strong in Pennsylvania and New Jersey,” said Kevin Hennessy, a spokesman for FanDuel. “The Nets are our No. 2 liability.”

Johnny Avello, head oddsmaker at DraftKings, said the Lakers represented their No. 1 exposure, with the Sixers and Nets second and third.

“We started seeing money come in on the Nets and Sixers when it looked like those were the two places he was going to go. And even last year pre-bubble when folks thought Durant might play, we took money on the Nets,” Avello said.

Very little money is being wagered on Harden for MVP at DraftKings.

At PointsBet, the action has been on...wait for it...the Houston Rockets.

“In terms of liabilities, the Nets are our second-worst result (behind the Houston Rockets)...so realistically, they are our worst result to win the NBA Title," PointsBet spokesman Patrick Eichner said. “The current breakdown of worst results for PB on MVP is as follows: Rudy Gobert, LeBron James, Donovan Mitchell, Damian Lillard, Devin Booker, Nikola Jokic, Kevin Durant, Zion Williamson, Harden."